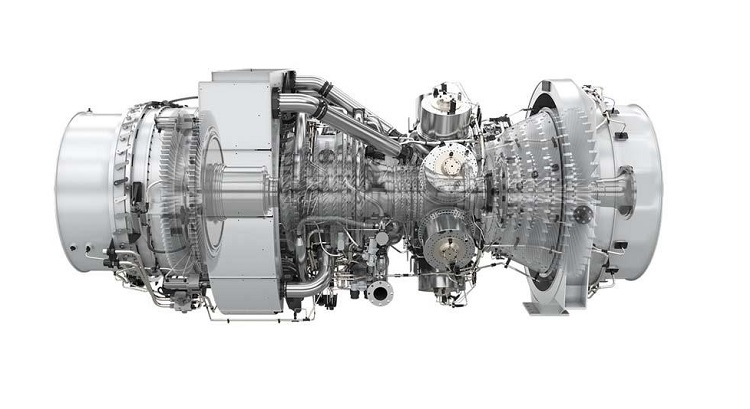 What are Aeroderivative Gas Turbines?

The gas turbines are comprised of a compression mechanism to help the taking in and the process of compression of air (the “gas” in this case) and then adding heat using a burner. The flow of hot air is used as the power supply for the turbine. Today, these are usually designed to use the combustion process, which is contrary to the intermittent nature of automotive combustion engines. Gas turbines have a long history of successful commercial applications since the late 1930s.

From an engineering point of view, designing a gas turbine is less complicated than a more conventional piston engine. These units basically have a moving part. However, the complexity lies in the high degree of precision required in the construction and the materials used in their manufacture. Also, some modern designs use multiple shafts as well as hundreds of blades.

An area of extensive use of aeroderivative gas turbine technology is in aviation, where the power provided by the turbine is applied to power a compressor. The hot air coming out of the turbine is used for thrust by leading the air into the atmosphere through the exhaust nozzle.

Gas turbines that are not used in aircraft or other aviation-related machines use some of their power to supply the compression device. The remaining power is used to run an energy conversion device, like a generator or perhaps a propeller on a vessel. The turbine used to generate electrical power can be small enough to be installed on trucks for mobile implementations or large projects that take months to build.

Aeroderivative gas turbines are popular for energy generation options because of their reliability, efficiency, and flexibility. Advanced aircraft engine technologies and materials have made them significantly lighter, respond faster, and have a smaller footprint than their heavy industrial gas turbine counterparts.

With an efficiency of up to 45% compared to up to 35% for heavier gas turbines, these turbines are often considered an appropriate choice in small-scale energy generation (up to 100 MW). The turbines are also popular for their fuel flexibility; they make it possible to combine natural gas and liquid fuel.

According to a 2016 study, the global market for aeroderivative gas turbines is expected to grow by nearly 5% annually between 2016 and 2020. Asia, in particular, extends many of these machines on power trains for Liquefied Natural Gas (LNG) power plants. In the United States, aeroderivatives are mainly used in various operations or to compensate for network fluctuations caused by renewables or severe weather conditions. Almost all the market for aeroderivatives comes from GE, Siemens, and Pratt & Whitney Power Systems (PWPS).

Optimum selection of gas turbines can be made after a complete comparison of turbines. The differences between aeroderivative and industrial gas turbines include weight, size, design, efficiency, bearing type, and lubrication system.

Aeroderivative gas turbine, as its name implies, is compatible with gas turbines used in aircraft (jet engines). However, the industrial gas turbine is manufactured assuming they would operate on land.

Aeroderivative gas turbines are equipped with anti-friction bearing. To provide maintainable, flexible, lightweight, and small aeroderivative gas turbines, advanced aircraft engine technologies have been employed. Maintainability is the modular idea to remove components and replace them without eliminating the turbine from its support mounts. In contrast, industrial gas turbines need more effort to remove, replace, inspect, or repair the parts (particularly combustor components).

Traditionally, the priority has been to place the aeroderivative units in remote applications (including offshore) and place heavy frame industrial units in base-load applications that are easily accessible.

Industrial gas turbines consume more fuel and air than aeroderivative gas turbines. They are exposed to more contaminants in the air, causing corrosion.