The Complete Guide to AC Motors

What is a AC Motor?

The motor that transforms the alternating current (AC) into mechanical power by utilizing an electromagnetic induction phenomenon is called an AC motor. Similar to the majority of practical motors used in industrial applications, AC motors offer a comparatively efficient method of generating mechanical energy from a simple electrical input signal. AC motors are distinguished from many other electrical motor types - and the somewhat well-known DC (Direct Current) motors - by several relevant criteria. The most fundamental difference is the fact that an AC motor relies particularly on exchanging the flow of current around its circuit to produce mechanical energy efficiently. We will discuss this unique process in slightly more depth over the following sections.

If you are an expert for AC Motors, You can join Linquip and make your own profile and show your experiences and present yourself. 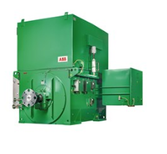 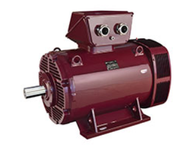 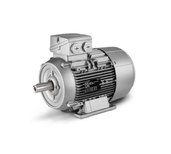 An AC motor consists essentially of two main parts: a) a stator, b) a rotor. The stator is made up of several stampings which are slotted to receive the windings. The stator carries a three-phase winding and is fed from a three-phase supply. Rotors are generally categorized into two main types, including squirrel-cage rotor and phase-wound rotor. The rotor comprises a cylindrical laminated core with parallel slots for carrying the rotor conductors, which are not wires but consists of heavy bars of copper, aluminum, or alloys. The rotor bars are electrically welded or brazed or bolted to two dense and stout short-circuiting end-rings. The phase-wound rotor is provided with three-phase, double-layer, distributed winding consisting of coils as used in alternators. The three-phases are stared internally; the other three winding terminals are brought out and joined to three insulated slip-rings installed on the shaft with brushes resting on them. These three brushes are connected to a three-phase star-connected rheostat, externally

There are various AC motor types available on today’s market, each with slightly different operating characteristics and output capabilities. Despite the many different varieties and details the manufacturer guidelines might go into, the critical difference is attributed to the procedure of rotors construction, as this will often dictate their range of practical capabilities.
AC motors are generally divided into two main categories based on the rotor type: a) induction motors, b) synchronous motor. An induction motor is a specific type of AC motor assembly that relies on a spinning, electrically charged rotor to create an EMF (Electro Magnetic Field) around a stator, thus producing the vital alternating current AC motor can then transform into mechanical energy. The synchronous motor refers to motors whose rotating speed is equal to the synchronous speed. The synchronous AC motor typically has other components fitted, known as slip rings, which provide current transmission between the motor’s rotating and fixed elements. AC motors can also be divided based on their power source into single-phase and polyphase (three phases).

As a general rule, the conversion of electrical power into mechanical power takes place in the rotating part of an electric motor. In AC motors, the rotor does not acquire electric power by conduction, but they receive electric power by induction. As a matter of fact, an induction motor can be treated as a rotating transformer, i.e., the primary winding is stationary, and the secondary is free to rotate. AC motors count on a device called an alternator to generate this alternating charge direction. An alternator is a specialized type of electrical generator, in which an EMF is typically performed when electricity is transferred through a spinning shaft, which itself turns around or within a set of static wire coils. The resulting EMF switches direction, or polarity, as the rotor turns in relation to the stator. Because an EMF created by a charged rotor turning on a fixed axis will switch polarity at set points relative to the stator, the periodic reversal of current direction in an AC motor happens at regular and predictable intervals.