What Is Gas Engine? | Linquip

The Complete Guide to Gas Engine 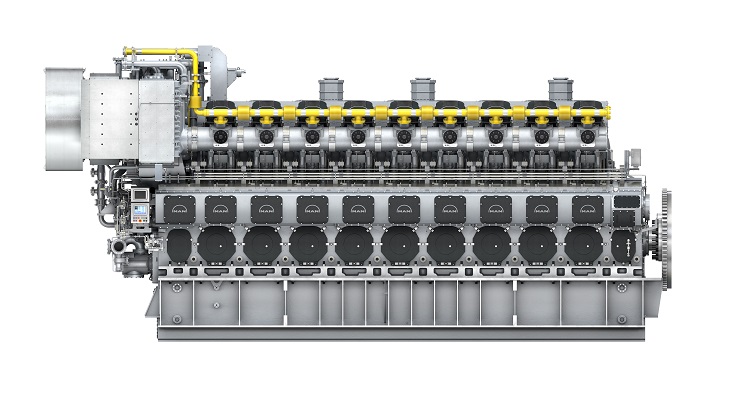 What Is Gas Engine?

A gas engine is an internal combustion engine that works with gaseous fuels, such as coal gas, biogas, producer gas, landfill gas, or natural gas. Sometimes due to the extensive use of the word gas as an abbreviation for gasoline, the gas engine can also be called a gaseous-fueled engine or natural gas engine or spark ignited.

The first gas engine was created in 1860 by a Frenchman, Lenoir, but as it was largely developed by Dr. Otto, its cycle of operations is called by his name. He built the first gas engine in 1876. The Otto cycle employs an ignition source such as a spark or a small amount of pilot fuel to cause the gas fuel to burn.

Usually, in modern applications, the term gas engine refers to a heavy-duty industrial engine capable of operating continuously at full load for periods close to a high fraction of 8,760 hours per year, unlike lightweight gasoline automobile engines, which typically run for no more than 4,000 hours in their whole life. The typical power range of a gas engine is from 10 kW (13 hp) to 4 MW (5,364 hp).

Thermal Efficiency of a Gas Engine

Gas engines running on natural gas usually have a thermal efficiency between 35-45%. As of the year 2018, the engines with the best performance can reach thermal efficiencies up to 50%, which are often of the medium-speed types. Fuel energy at the output shaft increases; the rest appears as waste heat. The efficiency of large engines is higher than small ones. Gas engines working based on biogas are slightly less efficient (about 1-2%), and syngas reduces the efficiency even more.

Engine rejected heat can be utilized to heat building or a process. In the engine, roughly half of the waste heat (from the engine jacket, oil cooler, and after-cooler circuits) is generated in the form of hot water, which its temperature can be up to 110 °C. The remainder appears as high-temperature heat, which can create pressurized hot water or steam by applying an exhaust gas heat exchanger.

Gas engines are typically used in stationary or transportation applications.

Common stationary applications include base load designs or high-hour generation systems, including combined heat and power, mines gas, and biogas, where the waste engine heat can be utilized to warm the digesters.

Gas engines are unusual to be used for standby applications, which in these cases, diesel engines are usually used. An exception to this is the small emergency generator (<150 kW) which is often installed in farms, museums, and residences. These generators are connected to natural gas from the public utility or propane from on-site storehouses and can be adjusted automatically after power failure.

Liquefied natural gas (LNG) engines are developing into the marine market because they can meet the new emission needs without any further fuel treatment or exhaust cleaning systems. The use of engines operating on compressed natural gas (CNG) in the bus sector is also expanding.

Working Principle of a Gas Engine 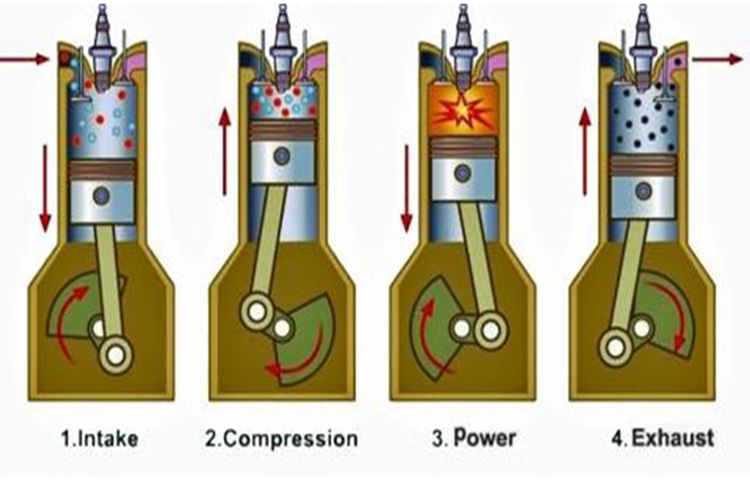 Gas engines work based on the ideal gas law. It states that increasing the temperature of gas raises the pressure that makes the gas expanded. A gas engine has a chamber, including fuel added to it, which ignites to increase the gas temperature.

As the system heats up, the gas is forced to expand. In a piston engine, this raises the piston. However, in a gas turbine, hot air is pushed into the turbine chamber and rotates the turbine. By joining the piston or turbine to a camshaft, the engine can convert a part of the energy entering the system into useful work.

The four-stroke piston engine is one of the most common types of gas engines, widely used in various automobiles using gasoline as fuel like cars. Different stages of the process are described below:

1- Injection of the fuel into the chamber

3- The piston motion by the fire (expansion; work is done in this stage)

4- Exhausting the waste chemicals, which are mostly water vapor and carbon dioxide. Also, it might include pollutants like carbon monoxide in the cases of incomplete combustion.

Components of a Gas Engine

There are a number of components that are common to gas engines that are briefly listed here.

Internal combustion engines can comprise any number of combustion cylinders which between one and twelve is common, although as many as 36 have also been used.

In a gas engine, a mixture of fuel and air is ignited by an electric spark from a spark plug. The timing of this process is precisely controlled.

It adds the fuel such that it creates a homogenous mixture with the air.

Injection of fuel enters at atmospheric pressure (or below). These pumps are typically electrically driven.

All four-stroke internal combustion engines use valves to control the amount of fuel and air entering the combustion chamber.

Gas engines must effectively control the exhaust of the cooled combustion gas from the engine. The exhaust systems often contain mechanisms to control chemical and noise pollution. In addition, the exhaust system is frequently adjusted to improve discharging of the combustion chamber. Most exhausts also prevent heat from reaching places where they may be damaged, such as heat-sensitive components.

Cooling systems usually cool the air or liquid (usually water) so that the high temperature does not damage the body.

A piston is a part of reciprocating engines to transmit power from the cylinder expanding gas to the crankshaft by the piston rod or connecting rod.

Gas engines require a lubrication system so that the moving parts slide smoothly over each other.

Most engines need one or more systems to turn on the engine and off and control parameters such as the speed, torque, combustion temperature, and efficiency to stabilize the engine from operating modes that may cause self-damage, such as pre-ignition. 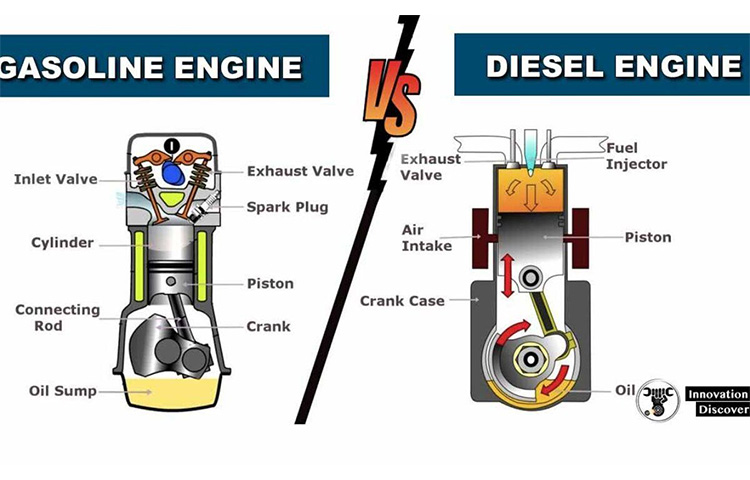 Both gasoline engine and diesel engine convert fuel energy into work through a series of explosions or combustions. The main difference between diesel engines and gas engines is the way the combustion occurs. In the gas engine, fuel is mixed with air, compressed in the cylinder by the piston, and ignited by spark plugs. However, in the diesel engine, the air is first compressed, and then fuel is injected. As the air heats up when compressed, the fuel ignites.