See all Companies in Generator

The Complete Guide to Generators 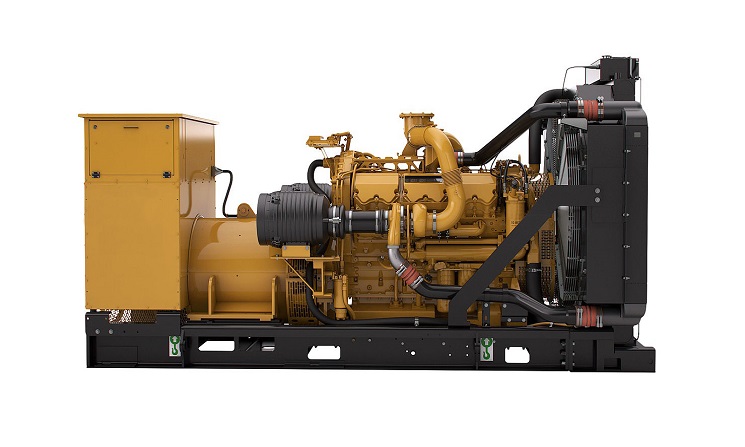 In a general definition, a generator is any machine that transforms mechanical energy into electrical energy. It operates based on the principle of the faraday law of electromagnetic induction. In other words, a generator is a rotating electromagnetic device that generates an output voltage proportional to speed when mechanically driven. This characteristic can be employed in applications requiring either shaft speed readout, closed-loop speed control, or stabilization. Generators are the lifeblood that keeps the world humming; From your car's alternator to a home standby or job-site portable, even the Hoover Dam.

What is Generator Parts? 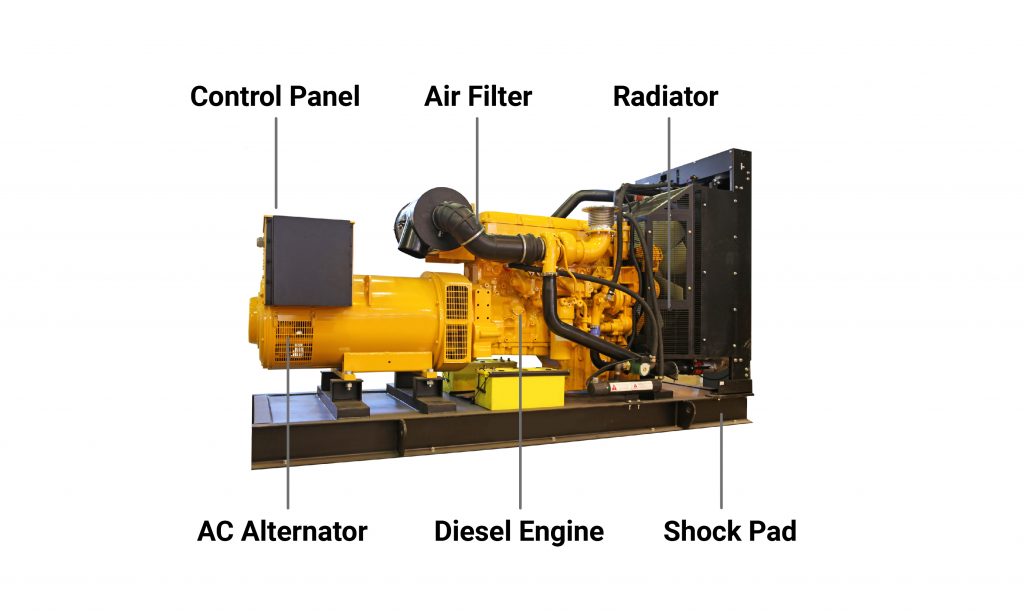 Two primary parts of an electrical generator are a magnetic field and conductors, which can so move as to cut the flux (motion of the conductor in the magnetic field). The conductor coil and its core are named the armature, joining the armature to the shaft of a mechanical power source. The simple loop generator has been considered in detail solely to bring out the fundamental principle underlying construction and working of an actual generator exhibited in the diagram, which includes the following essential parts: 1) Magnetic frame, yoke, or stator case which is made up of cast iron or steel, 2) Pole-cores and pole shoes, 3) Pole coils or field coils, 4) Armature core which has a cylindrical shape with slots to support armature winding, 5) Armature windings or conductors 6) Commutator to collect the current generated in armature conductors 7) Brushes and bearings. The yoke, the pole cores, the armature core, and air, gaps between the poles and the armature core or the magnetic circuit, whereas the rest form the electrical circuit.

What is Generator Types? 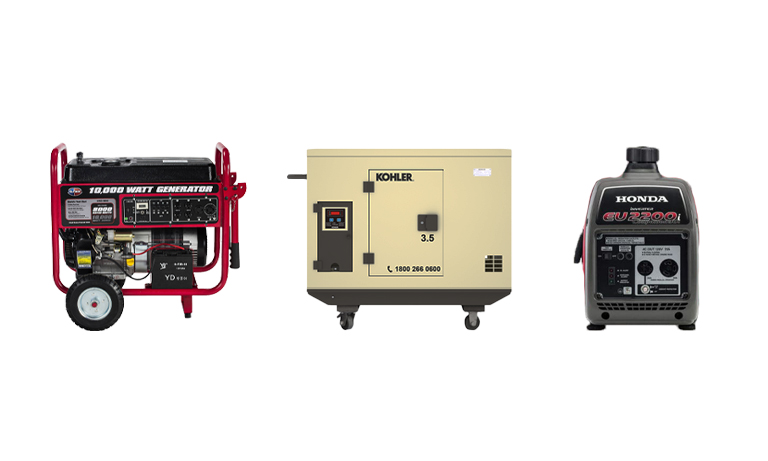 There are three main types of generators based on their performance: portable, inverter, and standby. Despite their differences, all of these generators must experience similar maintenance procedures to ensure long-term use. A portable generator is powered by gas or diesel fuel and can produce temporary electrical power. An inverter generator utilizes an engine connected to an alternator to generate AC power; thus, it is also considered an AC generator. It also uses a rectifier, unlike other generators, to convert the AC power into DC power. A standby generator is an electrical system that operates with an automatic transfer switch that commands it to power a device up during power loss. In other definition, there are basically two types of generators according to the way their magnetic field is developed in the stator of the machine: the shunt-wound generator and the permanent magnet generator. The shunt-wound for feedback purpose is obsolete, however, and the permanent magnet units are universally accepted for their compactness, efficiency, and reliability.

What is Generators Working Principles? 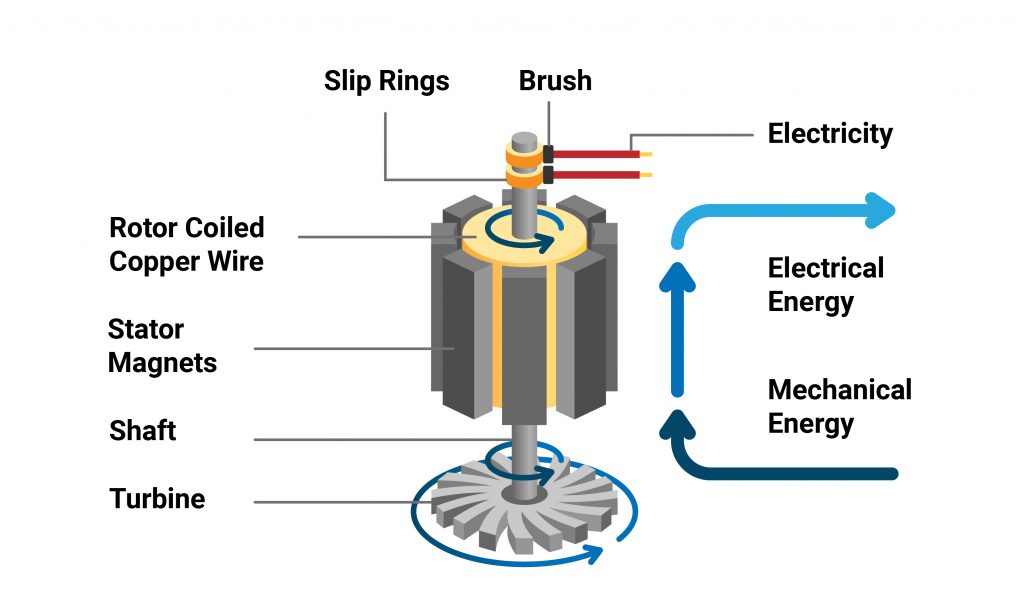 In a generator, a single-turn rectangular copper coil revolves about its axis in a magnetic field by either permanent magnet or electromagnets. The two ends of the coil are linked to two slip-ring, which from each other and the central shaft. Two collecting brushes (of carbon or copper) push against the slip-rings. Their function is to congregate the current induced in the coil and convey it to the external load resistance. As the coil assumes a successive position in the field, the flux, linked with it, changes. Therefore, an electromagnetic field (EMF) is induced in it, proportional to the rate of change of flux linkages. When the coil's plane is at right angles to lines of flux, then flux linked with the coil is maximum. As the coil maintains rotating, the rate of change of flux linkages rises. According to Flemingâ€™s right-hand rule, the direction of induced current changes whenever the direction of motion of the conductor changes. The slip-rings are replaced by split-rings for making the flow of current unidirectional in the external circuit. This impressed voltage builds up a stronger winding current, boosts the strength of the magnetic field. The expanded field generates more voltage in the armature. This, in turn, makes more current in the field windings, with a resultant greater armature voltage.