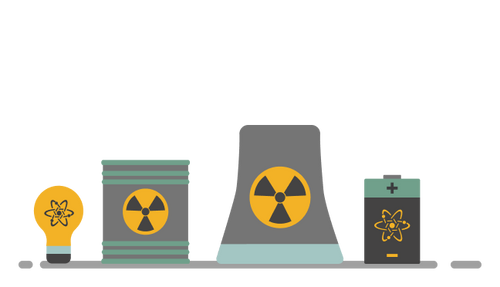 KSB
Your Company Here!
List your company in this category
Get Started
See All Companies in Nuclear

WKT
Vertical pump
KSB
Your Devices Here!
Your devices can be listed among the top devices in this category.
Get Started
See all Devices in Nuclear

Total Solution
View Details
See All
Are you a supplier?
Generate leads, provide quotes and capture new businesses
Get Started

What is Thermal Power Plant?

A thermal power plant is a station in which ordinarily energy in the form of heat is transformed into electrical power. It is the most frequent and convenient source of power generation worldwide. Thermal power plants are also designated as steam power plants because, in most, steam is employed as the working fluid to run a turbine. The principle of working is simple: Water is boiled, transforms into steam form, and then drives a steam turbine, which itself induces an electrical generator. Following the passage of the steam through the turbine, it is condensed due to the energy loss in a condenser and then recycled and fed to the boiling section of the power plant. This is the well-known Rankine Cycle.

The most significant modification in thermal power stations' design is due to the various heat sources, such as fossil fuel, solar energy, biofuels, nuclear energy, and waste incineration. Individual thermal power stations are also designed to generate heat for industrial applications, desalination of water, and district heating. 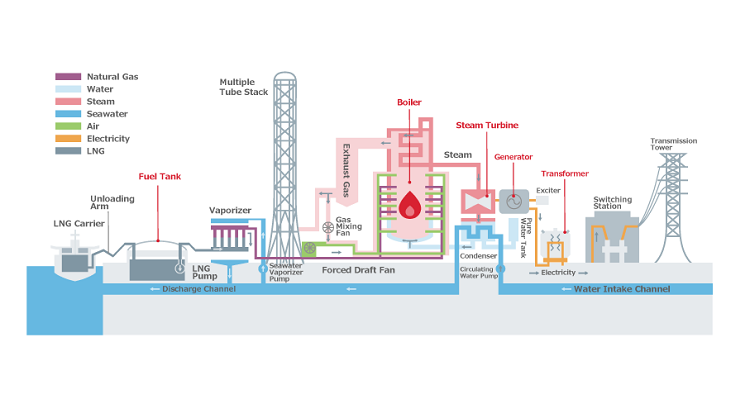 As mentioned above, various types of thermal power plants are almost due to the source of heat energy. Based on this definition, coal-fired, fossil fuels, geothermal, nuclear, solar thermal electric, and waste incineration plants are known as diverse varieties of thermal power plants. Nowadays, due to environmental restrictions, natural gas is more frequently burned in steam boilers compared to coal and fuel oil. The waste heat from a gas turbine can increase steam by transferring this gas through a heat recovery steam generator (HRSG). The steam is then utilized to drive a turbine in a combined cycle plant that enhances the overall performance of the thermal power plant. Power stations burning natural gas, coal, or fuel oil are regularly designated as fossil fuel power stations.

Industrial electric utility power plants are ordinarily created on a massive scale and intended for continuous operation. Practically all-electric power stations employ three-phase electrical generators to generate electric power at a frequency of 50 Hz or 60 Hz. Giant organizations or companies may have their individual power plants to provide demanded electricity or heating to their facilities. Steam-driven power stations have also been adopted to stimulate most ships these days.

Conventional thermal power plants offer efficiency in the range of 33-45%. In traditional power plants, around 10-15% of dissipated heat is wasted up the boiler stack. For the cogeneration power station to be influential, power generation and end-use of heat must be comparatively close (<2 km typically). Although the efficiency of a small dispersed electrical generator may be lower than a massive power plant, the use of the waste heat for local heating and cooling purposes can raise the overall efficiency of up to 80%. This presents substantial economic and environmental advantages.

Working Principle and Diagram of a Thermal Power Plant 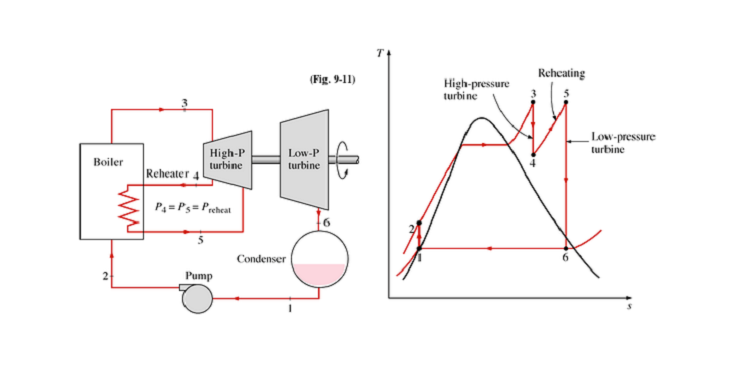 The thermal power plant operation is based on the Rankine cycle, a closed process that regularly utilizes the same fluid.

At first, the water as the working fluid fills the boiler tubes. Secondly, employing various heat generation sources, such as natural gas or fuel oil as combustion fuels with air, results in the boiling of working fluid water. Then this hot steam with sufficient energy takes to the turbine to transforms into mechanical power.

After generating mechanical power and losing energy, the steam takes out of the turbine and is directed into a condenser, and there, applying cooling water, it is turned into liquid water. Then, the condensed water is recycled to the boiler feedwater, and the cycle goes on and replicates many times.

Simultaneously, the turbineâ€™s rotation is transformed to turn a generator, which is directly linked to the turbine. Therefore, the turbine rotates the generator output terminals to produce electricity. 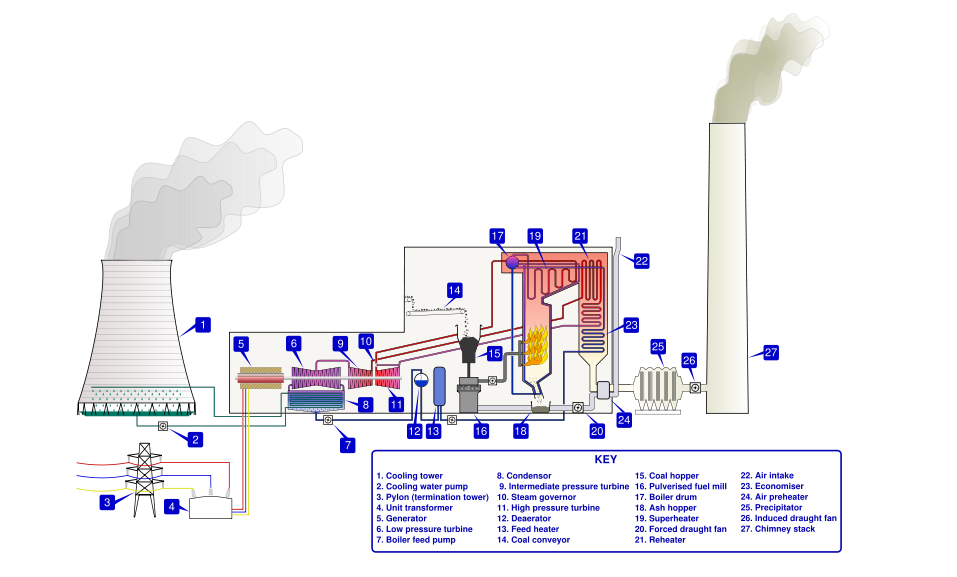 A typical power plant consists of various components. The main components include a boiler, steam turbine, generator, and condenser.

In a boiler, ac combination of fuel and air is burnt in the combustion zone. This creates a massive fireball at the boiler core that is used to convert water into a high-temperature and high-pressure steam. The flow gases then go out of the boiler to superheater, reheater, economizer, evaporator, and air preheater, respectively. Eventually, it is shot out from the chimney to the atmosphere.

Following the steam saturates in the boiler, it enters different stage superheaters, which finally the temperature of the steam reaches about 540áµ’ C. Then, this high energy superheated steam is supplied to the steam turbine.

The economizer is a feedwater heater where the water is heated prior to supply to the boiler. In an air preheater, a primary air fan is utilized to take air from the atmosphere. Then it is passed to the air preheater injected with fuel in the boiler to be heated. This helps improve combustion efficiency.

At the steam turbine, high energy superheated steam causes the rotation of turbine blades. So, mechanical energy is provided, makes the steam turbine serves as a prime mover. Furthermore, this makes the temperature and pressure of the steam drop to a lower state. When the steam crosses through the turbine, it extends in volume, and this expanded low pressure and energy steam is depleted in the condenser.

Coldwater circulation is used to condense the low pressure depleted steam, which begins to lose its pressure and temperature until it is transformed back into the water. Additionally, it is imperative to improve cycle efficiency.

The steam turbine is joined to an alternator. When the turbine blades rotate, the alternator rotates to create electrical energy. A transformer is then used to step-up this produced electric voltage to transmit where itâ€™s employed.

A feedwater pump is employed to re-feed the condensed water to the boiler. Moreover, an external water source may be used to supply the water lost during the working cycle.