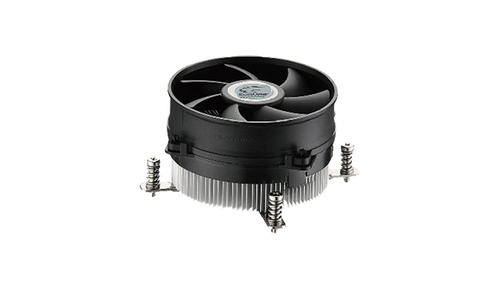 See All Companies in Heat Sink 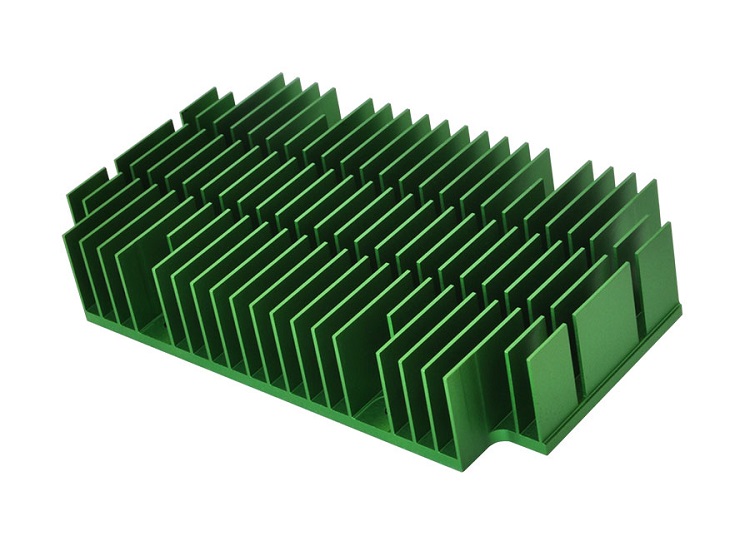 What is Heat Sink?

A heat sink is commonly a passive heat exchanger that is used for transferring generated heat by a mechanical or electronic device to a fluid flow, often liquid or air coolant. This coolant dissipates the heat away from the device and regulates the device's temperature. We use heat sinks for cooling GPUs, CPUs, and some chipsets and RAM modules in computers. Also, heat sinks are employed in high-power semiconductor components same as power transistors and optoelectronics such as light-emitting diodes (LEDs) and lasers. In the mentioned devices, the heat dissipation ability of the element itself is inadequate to decrease its high temperature.

A heat sink is produced to maximize its surface area in touch with the cooling flow surrounding it, the same as the air. Air velocity, protrusion design, choice of material, and surface treatment affect the performance of a heat sink. Thermal interface materials and heat sink attachment methods also impact the die temperature of the combined circuit. Thermal paste or thermal adhesive improves the heat sink's efficiency by filling air gaps between the heat spreader and heat sink and on the device. The materials for a heat sink are usually aluminum or copper.

What is Heat Sink Working Principles? 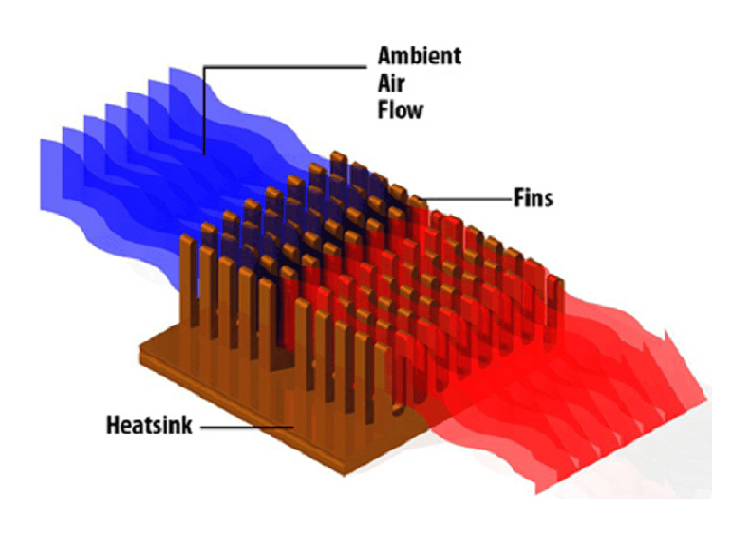 A heat sink operates by removing heat away from critical devices. Nearly all heat sinks fulfill this purpose in four basic steps:

First, the source produces heat. This heat source may be any system that generates heat and needs the removal of heat to operate correctly. Some of the known heat sources are:

In the second step, heat is removed from the source. We can use heat pipes to aid this process, but it is totally another component that will be discussed separately. In a direct heat sink-contact application, heat transfers into the heat sink and move away from the source by natural conduction. The thermal conductivity of the heat sink's material directly affects this process. As a result, high thermal conductivity materials, same as aluminum and copper, are the most typical materials in the construction of heat sinks.

In the third step, heat spreads throughout the heat sink. Heat will travel through the heat sink's body by natural conduction, transferring based on the thermal gradient from higher temperatures to low-temperature parts. This means that the thermal profile for the heat sink will not be uniform. So, heat sinks are hotter towards the source and cooler at the sink's extremities.

Finally, the heat inside the body moves away. This step relies on the heat sink's working fluid and temperature gradient. The most common fluids for heat sinks are non-electrically-conductive liquids or air. The working fluid flows across the surface of the hot heat sink. It uses thermal diffusion and convection to dissipate heat away from the solid body into the ambient environment. Same as the previous stage, the temperature gradient is an important factor in removing heat from the heat sink.

Consequently, no convection and enough heat removal will occur if the ambient temperature is not cooler compared to the heat sink. A larger surface area provides extra area for thermal diffusion and convection.

What is Microprocessor Cooling? 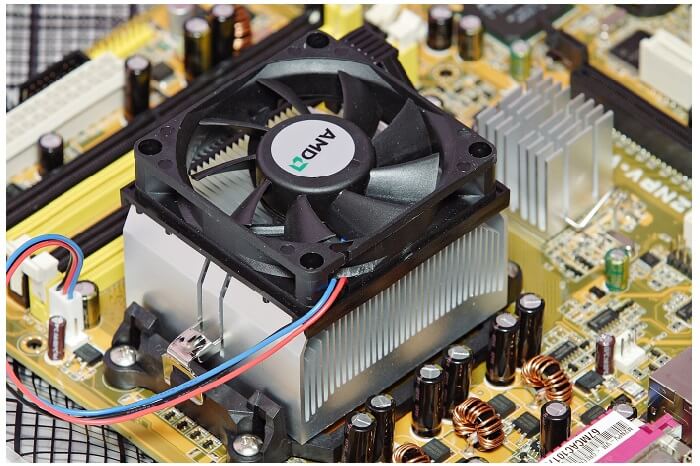 Heat dissipation is an inevitable by-product of electronic gadgets and circuits. Generally, the component or device's temperature depends on the thermal resistance from the source to the environment and the heat wasted by the component. To ensure that the element does not overheat, thermal engineers try to find an effective heat transfer process from the device to the surrounding. This path for heat transfer may be from the element to a Printed Circuit Board (PCB), to airflow provided by a fan, to a heat sink, but in all cases, finally to the environment.

What is Heat Sinks Active and Passive? 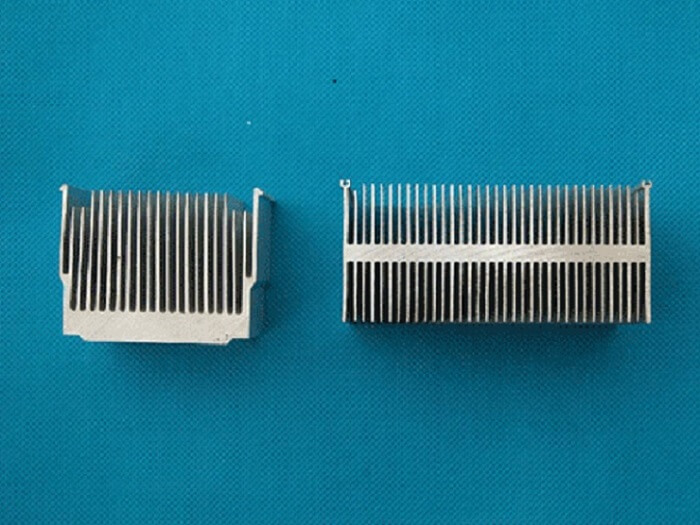 Heat sinks are most generally employed in passive, active, or hybrid configurations.

- Active heat sinks employ forced air to enhance fluid flow across the hot zone. Forced air is most commonly produced by a fan, blower, pump, or even movement of the whole objectâ€•same as a motorcycle being cooled by the air flowing along the heat sink fins installed on the engine. An example of a fan providing forced air over a heat sink is the fan in personal computers running after the computer gets warm. The fan drives air across the heat sink, allowing more cooler air to move over the heat sink surface. Thus, it increases the entire thermal gradient across the heat sink system and helps to exit more heat from the overall system.

- Hybrid heat sinks unite some aspects of active and passive heat sinks. These arrangements are less common, and they frequently rely on control operations to cool the system based on temperature demands. When the system functions at cooler levels, the forced air service is inactive, and the cooling system is passive. While the source approaches higher temperatures, the active cooling mechanism starts to improve the cooling capacity of the heat sink.