When a Gate Valve opens, it removes a barrier from the liquid's path of travel. When completely opened, a gate valve takes up very little space along the axis of a pipe and barely inhibits the flow of fluid. The faces of most gates are wedge-shaped, however they can also be parallel. It is typically utilized to entirely stop the fluid flow or allow full flow in pipelines when fully open. Wedge design, rubber quality, external corrosion protection, tight construction, stem sealing and bonnet/body sealing, and general performance are five variables to consider while making the proper option.

Watch a video about Gate Valve

See all Companies in Gate Valve 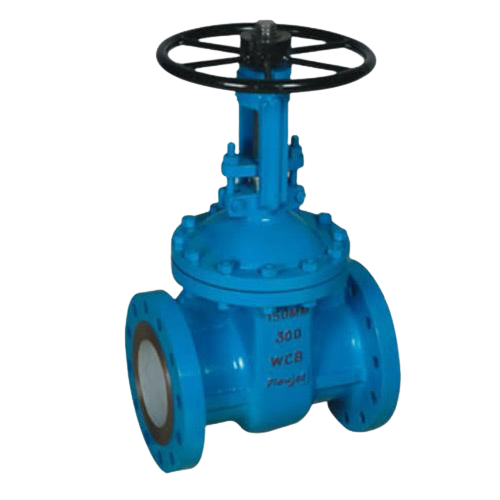 What is a Gate Valve? (Reference: indiamart.com)

What is a Gate Valve?

The flow of media is controlled by a gate valve that lifts (opens) and lowers (closes) the gate (closed). The straight-through, unobstructed path of a gate valve is its distinguishing feature, resulting in minimal pressure loss across the valve. Unlike butterfly valves, the unobstructed bore of a gate valve allows a pig to pass through during pipe cleaning procedures. Gate valves come in a variety of sizes, temperature and pressure ratings, materials, as well as gate and bonnet styles.

Gate valves are marginally less expensive than ball valves of comparable size and quality. They actuate more slowly than quarter-turn valves and are used in applications where valves are used seldom, such as isolating valves. Gate valves should not be used to adjust flow; they should be utilized completely open or fully closed. Gate valves with an electric or pneumatic actuator are available, although manual gate valves are more cost-effective due to their occasional use.

Functioning Principle of a Gate Valve

The handwheel (A), spindle (B), gasket (C), bonnet (D), valve body (E), flange (F), and gate (G) are the essential components of a gate valve, as shown in the figure below. The primary mechanism of action is simple. The stem is rotated by turning the handwheel, which moves the gate up or down via the threads. To fully open or close the valve, it takes more than one 360° rotation. The valve opens by lifting the gate out of the flow stream. When the gate is lowered to its closed position, the bore is sealed, and the valve is fully closed. 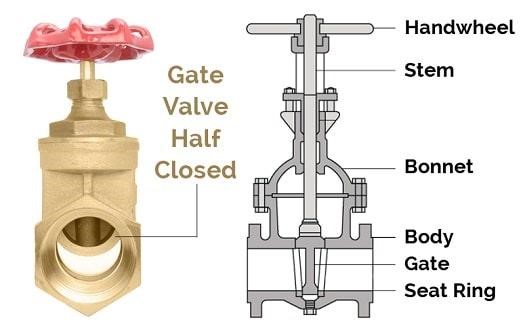 The relationship between the vertical movement of a gate valve and the flow rate is nonlinear, with the greatest variations happening near shutdown. When employed to control flow, the comparatively high velocity of the flow during partial opening causes gate and seat wear, as well as possible gate vibrations, reducing the valve's service life.

Gate valves are available in a wide range of designs, each of which utilizes a distinct technology to fulfill the needs of different applications.

A gate valve's internal parts are protected by a bonnet. It is screwed or connected to the valve body to create a leak-proof seal. As a result, it can be removed for repairs or maintenance. Gate valves can have screw-in, union, fastened, or pressure seal bonnets, depending on the application.

Screw-in bonnets are the most straightforward to make. They're commonly found in small valves and create a long-lasting leak-proof seal.

A union nut holds union bonnets in place. The union nut screws into the threads of the valve body and rests on the lower edge of the bonnet. This design prevents the nut's leak-proof seal from failing as a result of repeated bonnet removal. As a result, union bonnets are frequently used in applications that necessitate routine inspection or repair.

Larger valves and higher-pressure applications require bolted bonnets for sealing. The bonnet and valve body are flanged and bolted together in this design. A gate valve with a bolted bonnet is shown in the illustration below. 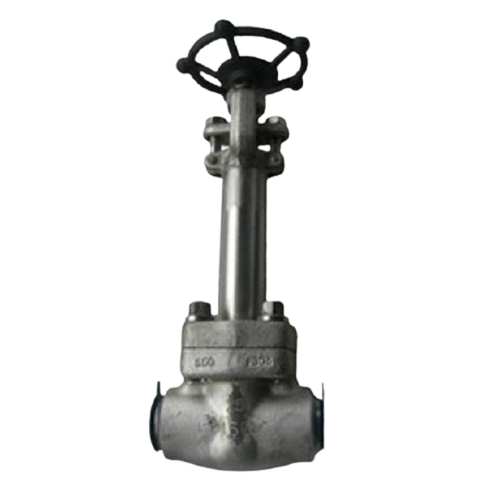 Gate valves with a pressure seal are appropriate for high-pressure applications (more than 15 MPa). Internal pressure is used to generate a better seal in this style of construction. A downward-facing cup is fitted into the valve body by pressure seal bonnets. The cup is pulled outward when internal fluid pressure rises, enhancing the seal.

The gate is available in a variety of designs and technologies to ensure that it provides good sealing for a number of applications.

The gate in most gate valves is wedge-shaped and sits on two inclined seats. In addition to the primary force provided by fluid pressure, the tightening of the stem creates a significant wedging force on the seats, which aids in sealing. Due to reduced "rubbing" on the seats, the wedge-shaped gate does not stick to the seat in the event of large fluid differential pressure. It also has a longer service life. 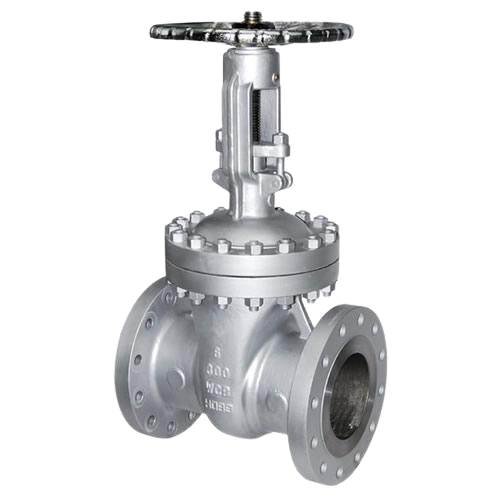 Gate valves can also be found in a parallel configuration, with the gate flat and the seat parallel. Line pressure and placement are used by parallel gate valves to create a tight seal. Flat gates are made up of two parts with a spring in the middle. For better sealing, the spring pushes the parts closer to the seats. Parallel gate valves have a safety advantage in higher temperature situations due to their inherent design.

An additional compression strain on the seats of wedge-shaped gate valves can cause thermal binding and restricted valve opening due to expansion. Furthermore, because parallel gates have no wedging action, closing torques are reduced, resulting in smaller, less expensive actuators or less manual effort. Parallel gates keep dirt off the sitting surfaces since they slide into place.

Slab gates, also known as through-conduit gate valves, are one-piece gates with a bore-size hole in the middle. In the open state, the bore is aligned with the two-seat rings. This alignment produces a turbulence-free, smooth flow. This one-of-a-kind design provides for little system pressure loss, making it ideal for transporting crude oil and natural gas liquids (NGLs). The valve seats are still spotless. The disc cavity, on the other hand, can catch foreign particles. As a result, the cavity usually contains a built-in plug for emptying the collected foreign material during maintenance.

These valves provide a good seal for both upstream and downstream seats at the same time. Isolation valves in power plants, block valves in process systems, and high-temperature valves in refineries all benefit from this seal.

Knife gate valves are used to control the flow of heavy fluids and dry bulk materials. The gate is usually made of a single piece of metal that is pointed. These valves clean themselves by passing through the seat rings every time they open and close.

You can find a great deal of Gate valve Companies and Manufacturers in Linquip, along with expert Service Providers.

The spinning of a threaded stem raises and lowers the gate. The stem is spun by a manual wheel or actuator. The stem is classified as rising or non-rising depending on the design. As a result, when you spin the stem, it either lifts or stays in place, as seen in Figure below. 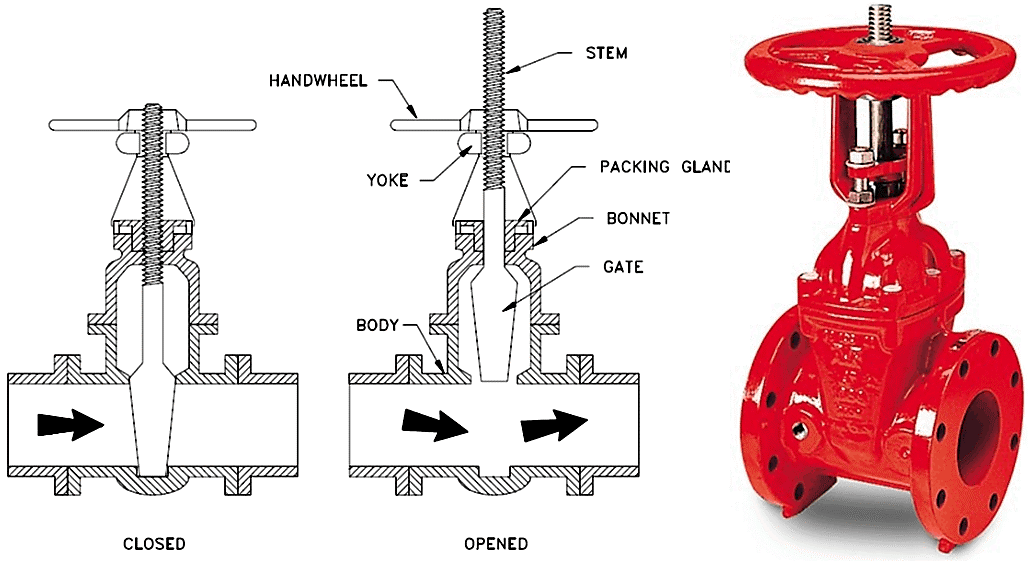 The gate is secured with Outside Screw and Yoke (OS&Y), commonly known as rising stems. The threads are so on the actuation side. As the gate is lifted or lowered, the stem goes up and down with it. As a result, they contain built-in visual indicators of the valve's state and are simple to lubricate. They can't be used with bevel gears or actuators because they have moving components. As a result, rising gate valves can be operated manually.

A non-rising stem, on the other hand, is threaded into the gate and fastened to the actuator. An indicator is often threaded onto the stem to display whether the valve is open or closed. Non-rising gate valves are used in underground installations and applications with limited vertical area.

Use of Gate Valves

Gate valves are available in two configurations: fully open or fully closed. They are utilized as isolating valves in pipelines and should not be used for flow control or regulation. The gate on the threaded part of the valve stem travels up or down when the valve stem is operated. Linquip offers a wide variety of Distributer, Experts, and Equipment for Sale of Gate valves.