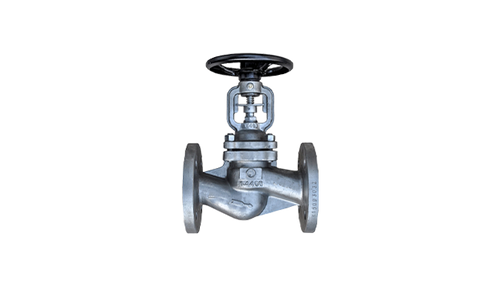 What is a Globe Valve? Working Principle & Function

A Globe Valve is a type of pipeline valve that consists of a movable plug or disc and a stationary ring seat enclosed in a normally spherical body. Globe valves are common industrial tools in plant pipes. They can be manually or mechanically operated. Globe valves can be used to control flow, pressure, or entirely stop the flow. Globe valves can be useful in a variety of situations, including where flow needs to be controlled but not necessary at a constant rate. When choosing the correct globe valve for your business, think about the application. Use a globe valve intended to have pressure flowing under the seat when regulating the flow of a low-temperature and low-pressure system. Choose a valve that permits pressure to travel above the disc if you need a valve that can endure more severe conditions.

Need industrial equipment, parts, or services? Submit an RFQ and get quick quotes.

Need industrial equipment, parts, or services? Submit an RFQ and get quick quotes.

Get a Quote
Watch a video about Globe Valve

TVN Valve and Piping Company
Ankara, Ankara, Turkey
Your Company Here!
List your company in this category
Get Started

See All Companies in Globe Valve

Threaded, SocketWeld and Butt-Weld End Globe Valves
Globe valve
Newmans Valve
Your Devices Here!
Your devices can be listed among the top devices in this category.
Get Started
See all Devices in Globe Valve 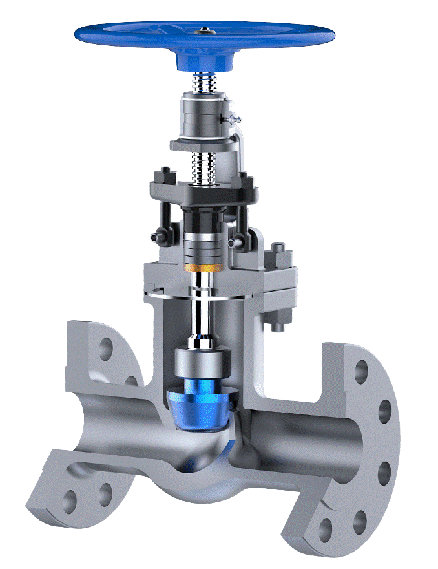 What is a Globe Valve (Reference: piping-world.com)

What is a Globe Valve?

It's critical to choose the proper valve because different types have distinct characteristics and applications. There are only two statuses for several of them: open or closed. Others allow for the control of fluid flow and pressure. Varying valves result in different levels of pressure loss. Specific qualities are required depending on the context.

The globe valve is one of the most frequent forms of the valve. We'll go over how globe valves function, as well as their benefits and drawbacks, in this post. Then we compare the various shapes of globe valves to other types of valves, such as gate valves and ball valves.

Consider the three main properties of a globe valve to see if it's suited for your application. They are, first and foremost, lateral movement valves, which open and close in response to the up-and-down movement of a stem. Second, they control fluid flow by allowing, stopping, or throttling it. Some valves simply have two states: open and closed, however, globe valves can control flow without completely stopping it. Third, compared to other valves, they create large head losses, which is a tradeoff for the throttling services.

Globe valves are made up of three parts: a handwheel, a bonnet, and a body. The stem is housed in the bonnet, and it screws up and down in the bonnet when the handwheel is cranked. A disk or plug is a small component at the end of the stem that can be metallic or non-metallic and come in a variety of shapes, depending on the use.

When a globe valve's plug or disk is put into the seat, fluid flow is stopped. When the valve is open, the fluid must change directions twice to pass through the seat, resulting in a significant head loss.

Globe valves have the capacity to throttle or control flow, which is one of their key advantages. They might be partially open in addition to being closed or open. This allows you to modify the flow without having to stop it completely. 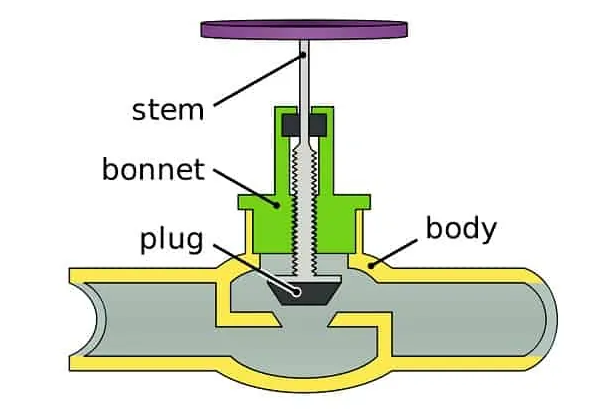 The most major downside of globe valves is the tremendous head loss they produce. The amount of resistance a liquid faces as it travels through pipes is referred to as head loss, also known as pressure loss. The more resistance there is, the more pressure is released. This loss is caused by gravity, friction (of the fluid against the pipe walls), and turbulence. Turbulence is the primary cause of pressure loss in valves and fittings.

Fluid passing through globe valves is forced to change directions, causing loss and turbulence. The precise quantity of loss is determined by variables such as fluid velocity and friction factor. However, a statistic known as the L/D coefficient can be used to compare the pressure losses from different valves.

The L/D coefficient of a valve allows us to compare it to a straight pipe section with the same friction factor. The letters L and D represent length and diameter, respectively. All other things being equal, a valve with L/D=5 provides the same friction loss as a pipe section with a length-to-diameter ratio of 5. The greater the L/D of a component, the more head loss it causes. A 90-degree pipe elbow has an L/D=30, but a normal globe valve has an L/D=340.

T-pattern/z-pattern, y-pattern, and angle pattern globe valves are available. Each type works in the same way to stop or throttle fluid flow, but the flow path—and hence the head loss—varies.

T-shaped or z-shaped globe valves are the most common. The profile of these valves is designed as a "t-pattern" because the intake and exit are in a straight line. However, "Z-shaped" is a better description because it relates to the water's passage through the valve rather than the device's exterior design. The water changes direction twice in a manner that mimics the letter Z in a normal z-shaped globe valve. Standard Z-shaped valves, with an L/D=340, cause the most substantial head loss.

Angle valves have a 90-degree inlet and outlet, and they can be used as both elbows and valves. They produce less head loss than z-shaped valves with L/D=150 because they only change fluid direction once.

When you need to modify flow but don't want to worry about pressure loss, globe valves are the way to go. The following are some examples of applications:

Note: In fire sprinkler systems, where pressure is a concern, globe valves aren't the greatest choice for control valve applications. Butterfly valves, on the other hand, are very prevalent.

You can find a great deal of Globe valve Companies and Manufacturers in Linquip, along with expert Service Providers.

When constructing a plumbing system, it's critical to select the appropriate components for the job, which is especially true when it comes to valves. Globe valves cause high-pressure losses because they force water to change directions even when fully open. Globe valves, on the other hand, can control water flow as one of their main advantages. They might be completely open, slightly open, or completely closed.

Linquip offers a wide variety of Distributer, Experts, and Equipment for Sale of Globe valves.