Which Type of Solar Panel Is the Best?

In this article, we want to share some useful information about Solar Panels. Have you ever thought about the factors that indicate which type of solar panel is the best for you and your applications? Which specifications influence your purchase? Today we want to talk about different types of solar panels and their specifications and features and have a simple comparison between them to make it easy for you who are about to buy solar panels. As usual, we start with a definition; a simple definition of the solar panel. Then, we will move to where we talk about different types of solar panels and the advantages and disadvantages as well as special features. In the end, we have a great suggestion for you to have a better purchase.

Our team gathered all of the necessary information on this topic to eliminate the need for reading diverse content on other websites. Stay with us until the end to find the answer to your question on this topic. So, let’s get started and enjoy the whole article.

What Is a Solar Panel?

Solar panels are devices that convert light into electricity. They are called “solar” panels because most of the time, the most powerful, free, and absolutely clean source of light available is the Sun. A solar panel is a collection of photovoltaic cells and that is why they are called PV Panels. A solar panel consists of lots of small solar cells spreading over a large area working together to provide enough power to be useful. The more light hitting a cell, the more electricity it produces.

The Photovoltaic cells are sandwiched between layers of semiconducting materials such as silicone. Each layer has different electronic properties that energize when hit by photons from sunlight, creating an electric field. This is known as the photoelectric effect creating the current needed to produce electricity.

Solar panels generate a direct current of electricity. This is then passed through an inverter to convert it into an alternating current, which can then be funneled into the National Grid or used by the home or business the solar panels are attached to. 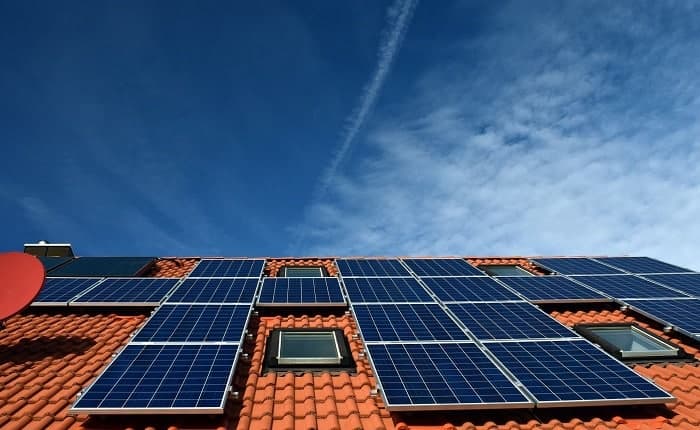 Different Types of Solar Panels and Their Features

Now that you know what a solar panel is, how generally it is manufactured, and what it does, it is time to get familiar with different types of solar panels and their features.

There are three major types of solar panels: monocrystalline, polycrystalline, and thin-film. Each type has its unique advantages and disadvantages that we will discuss in the following sections. Below we answer some common questions and address concerns about solar panels. So, let’s start the Q&As we have prepared. Read on carefully to make it easier for yourself to choose.

As we mentioned before, solar panels are made from solar cells that are made of a semiconducting material that converts light into electricity. The most common material used as a semiconductor in the solar cell is silicon.

Read More on Linquip
Types of Solar Panels: A Simple Guide Assisting You to Have Better Choice

Depending on the materials and procedures used in manufacturing each type of solar panel, each of them differs in the amount of power it can produce. Let’s see what waits for us about the power and efficiency ratings of different solar panels. We are closer to the answer to the question “which type of solar panel is the best?”.

Thin-film solar panels tend to have lower efficiencies and power capacities than monocrystalline or polycrystalline varieties. Efficiencies will vary based on the specific material used in the cells, but they usually have efficiencies closer to eleven percent. 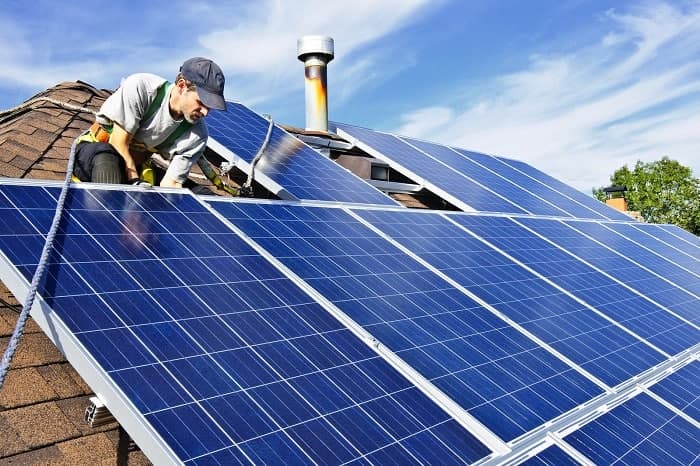 As the manufacturing processes of each of these types are different, the total price of each is also different. Depending on the materials and technologies used to produce different solar panels the cost will vary.

Of all types of solar panels, monocrystalline panels are likely to be the most expensive option and it is mostly because of the manufacturing process. In the manufacturing monocrystalline solar panels, the solar cells are made from a single silicon crystal, manufacturers have to absorb the costs of creating these crystals. This process, known as the Czochralski, is energy-intensive and results in wasted silicon. The wasted silicon can later be used to manufacture polycrystalline solar cells though.

Regardless of the cost of the panel themselves, the overall cost of a thin-film solar panel installation may be lower than installing a monocrystalline or polycrystalline solar panel system because of the additional labor requirements. Thin-film solar panel installations are less labor-intensive because they have lighter weight and are more maneuverable, making it easier for installers to carry panels up onto rooftops and put them securely in place. This means reduced labor costs, which can help contribute to an overall less expensive solar installation. 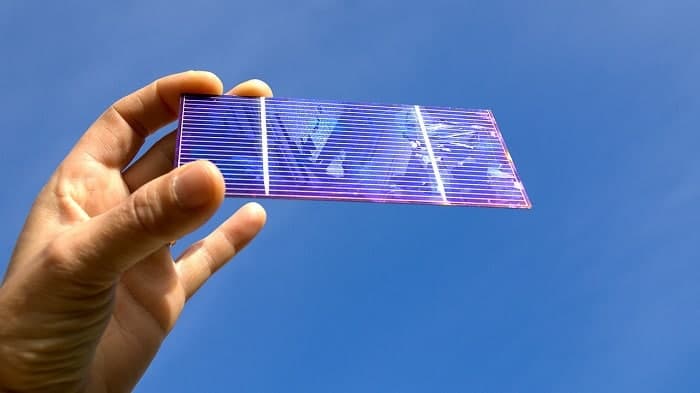 Read More on Linquip
What Is Solar Farms? All You Need to Know About Solar Parks

Which Type of Solar Panel Meet My Needs the Best?

The questıon of best type of solar panels depends on the purpose of the panels and where they are installed. For residential properties with large roof space, the best choice of panels may be polycrystalline. These panels are the most affordable for large spaces and will provide enough efficiency and power. For residential properties with smaller spaces, monocrystalline may be the best choice.

Monocrystalline and polycrystalline panels are good fits for homes and other similar buildings. Thin-film solar panels are rarely used in homes because they are lower in efficiency. Instead, thin-film solar panels are perfect for commercial buildings that can’t handle the additional weight of traditional panels. Though thin-film is less efficient, commercial roofs have more space to cover more of the roof with panels.

In this article, we tried to provide you all with the essential information about the different types of solar panels and answer the question “which type of solar panel is the best?”. we brought the basic definition of what a solar panel is, and then we moved to the different types and their privileges. In the 3rd section, we delved into other factors such as efficiency and cost to make it clearer for you which one of these panels works the best for your project.

If you have any experience of using any type of solar panels and know more about it, we will be very glad to have your opinions in the comments on our website Linquip. Moreover, If you’re not sure which of the types of solar panels will work best for your project or you want some guidance on understanding solar panel technology, our experts can help you determine the right panels for your unique project. Just sign up on our Linquip!

Is Gold Renewable or Nonrenewable: All We Should Know About

Do Solar Panels Work at Night?

How is BioFuel Made and What You Should Know About Them

What are the Disadvantages of Nuclear Fusion?