By: Gerelyn Terzo of Sharemoney

This summer, Australia’s power generated from solar surpassed that of fossil fuels for the first time ever. The dynamic unfolded midday on a hot August Sunday afternoon. While the renewable share eventually fell, it was still quite the feat for Australia’s decentralized energy market considering some 85% of its total energy supply comes from dirty fossil fuels. The recent exception marked the first time that renewable energy outshined coal-powered electricity in the 20 years since the solar infrastructure was in place.

Australians are flocking to solar power thanks to the country’s abundant sunshine and renewable-friendly government policies, serving a one-two punch to coal-fired power generation in the country. Meanwhile, the price of solar photovoltaic (PV) panels has been on the decline, which is fueling greater adoption across the population of approximately 25 million. Single-family homes are common, and rooftops tend to be large, making them ideal for the installation of solar panels.

The stars aligned for solar power to prevail on this particular day, thanks to a sun that was out in full force coupled with lower demand from the population. As a result, the breakdown between coal-powered and solar-powered energy comprised 9,315 MW 9,427, respectively, for a few short minutes.

The end result, according to Dylan McConnell, an energy systems research fellow at the University of Melbourne Climate & Energy College cited by The Guardian, was renewable energy comprising 57% of Australia’s power generation while coal accounted for a record low of 43%.

McConnell described what he referred to as “record season” where there are no extreme temperatures requiring heating or cooling coupled with nice weekend weather, all of which makes room for renewable energy to take a larger share and overshadow coal. He went on to say that Australia remains “a long way from peak renewable energy.”

And while solar’s moment was short-lived, it had enough influence to turn the power price dynamic on its head. That’s because power prices were negative for much of that record Sunday, resulting in a situation where power producers were the ones paying to continue operating. They kept the coal generators running anyway because the cost to shut them down was higher.

As a renewable source of energy, the sun provides more power to the earth in one hour than the global population uses in a year, according to the U.S. Department of Energy. Australia has been able to harness that energy more than most countries.

As it stands, Australia’s aging power infrastructure favors fossil fuel production. The addition of solar and wind-generated energy has left the network congested. Daniel Westerman, Australian Energy Market Operator, envisions a national energy grid that can capture more renewable energy. He wants to see the network equipped to handle up to 100% of renewable power distribution by the year 2025.

On the historic August day, renewable power could have met nearly all of the state of Victoria’s energy consumption. That wasn’t the case, however, because solar and wind farms slashed production as prices plummeted. Wind and solar power generation combined with the percentage that was “constrained off” comprised 99.1% of the state’s demand on that afternoon, as per Energy analyst Geoff Eldridge cited by Renew Economy, smashing the former record in the process. Wind and solar power, however, ended up representing just over two-thirds of Alberta’s energy consumption on that day. 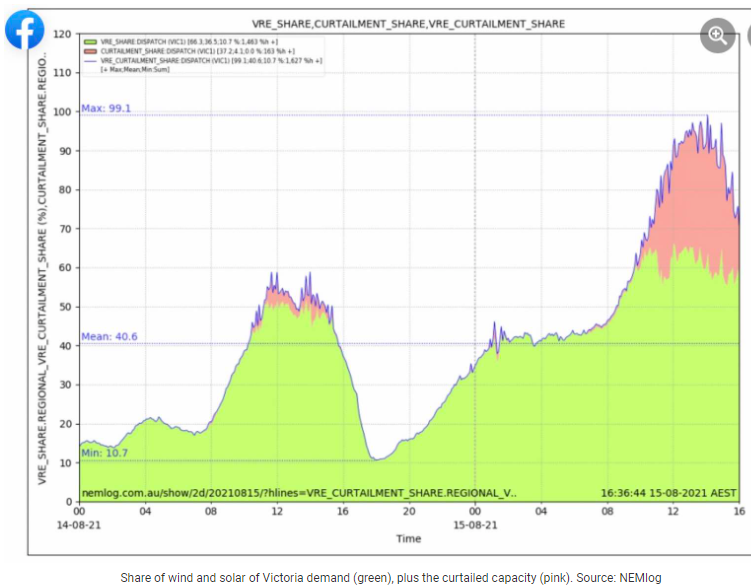 One company that has been leading the charge is Sunified, a solar technology company. Sunified recently negotiated $375 million in debt financing for the company’s Aussie solar parks as part of Sunified Group BV.  Most of them are small-scale projects comprising 5 MW of power with the exception of one 120 MW facility.

Sunified Founder Leon-Gerard Vandenberg explained to The Green Techpreneur how the solar parks, thanks to proprietary technology, supplement existing energy infrastructure so that Australia can deliver renewable power without having to invest in pricey grid upgrades, which has been a stumbling block for other countries.

The company forecasts a valuation of $2.6 billion at exit, representing an ROI of 3,000% for its backers. Vanderberg, who is also a seasoned fintech executive, says the company’s mission is two-pronged — building solar parks and also delivering blockchain-based software that provides transparency to investors.

Every Sunified solar panel is equipped with a chip that delivers power-generation data to the blockchain. Data from the solar panels are captured every 30 seconds, giving owners of the assets the opportunity to track the power generation tied to the panels. Sunified is also behind a mobile app through which anyone around the world can invest directly in those solar panels that, in turn, generate an income stream. Vandenberg explained how this represents the democratization of solar power investing, as it opens up the market beyond just homeowners purchasing panels to individuals who might not be in a position to do so but want exposure to solar.

The Australian Energy Market Operator (AEMO) tapped renewable energy producer Neoen to construct a 300 MW battery storage facility dubbed the Victorian Big Battery in Geelong. Neoen partnered with Tesla and AusNet Services to build the battery storage facility, which is expected to result in one of the world’s biggest lithium batteries. Victorian Big Battery suffered a blow when a 13-tonne Tesla megapack caught fire over the summer, calling into question whether Neoen will be able to deliver on plans for the facility to be operational by the end of the year. 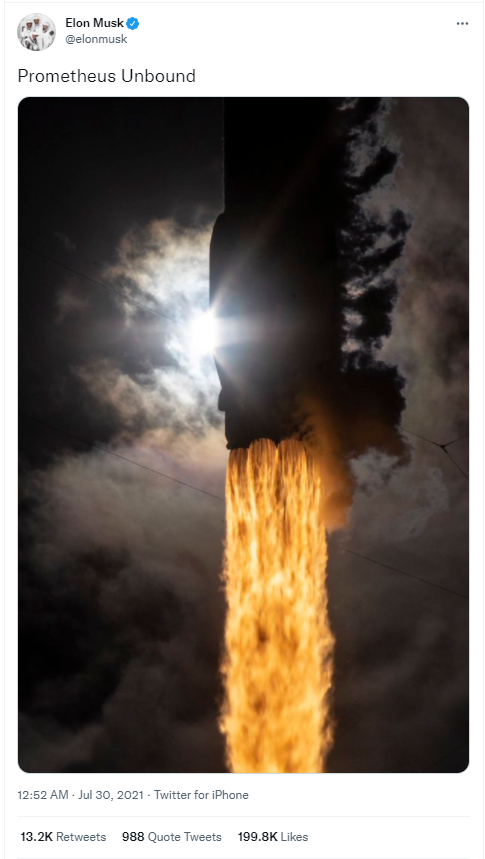 Solar panels are already quite popular across Australian households and are installed on nearly one-third of the country’s rooftops. The AEMO’s latest outlook projects that rooftop solar panels could comprise more than three-quarters, or 77% of Australia’s energy demand by 2026. South Australia, in particular, could be the maiden region globally to see residential solar satisfy all of its energy needs before the end of this year. AEMO CEO Daniel Westerman stated:

“Australia’s energy system is transitioning to a decarbonized and decentralized power system…By 2025, there will be periods of time when all customer demand could be met by renewable generation.” 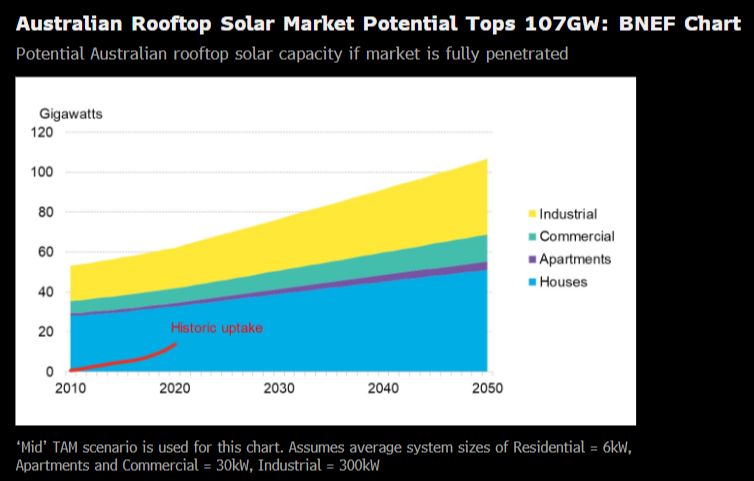 The AEMO is considering renewable power “to deliver reliable and affordable energy to consumers.” The organization predicts that an additional 8.9 GW of solar panel capacity will be installed on commercial and residential rooftops in the next four years across mainland National Electricity Market (NEM) states.