Pall rings are the most frequently used form of random packaging. They are made of metal and plastic. They also have different applications. Our experts will give you the most beneficial info about pall rings through this blog at Linquip. To find more, read on.

What are Pall Rings?

As said above, pall Rings are a random ring-type packaging with a well-established success background and a globally distributed base. They try to increase the use of packaging by disrupting the flow by providing an increased number of edges while reducing the volume of the ring packing medium itself. Pall rings have  identical cylindrical dimensions but have window rows that improve the surface area size. They are ideal for low-pressure drops and applications with high power. They have randomness and relatively high liquid retention that promotes high absorption, especially if the reaction rate is slow. Pall rings’ cross structure makes them mechanically robust and ideal for deeply packed beds.

What are Pall Rings Used for?

Pall rings are applied in a variety of areas, including: 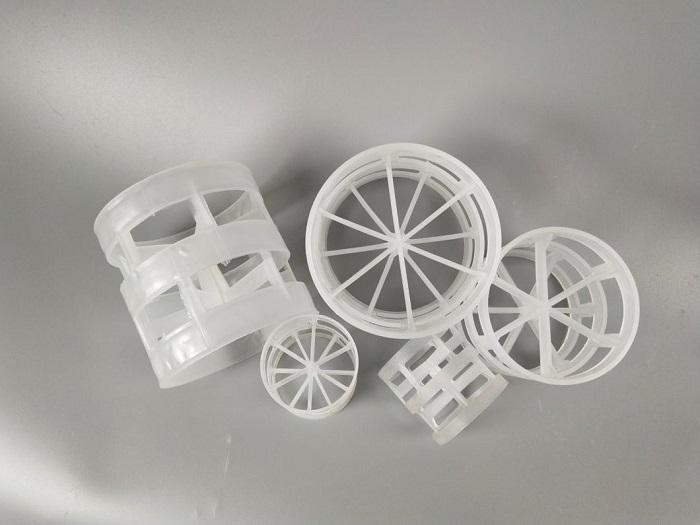 Random packaging has been used for over 50 years to boost the efficiency of a tower.

The composition of plastic pall rings varies from the ceramic pall ring and metallic pall ring. Two levels of windows on the cylinders wall and ligules bend inside the ring axes on the cylinders’ wall for the metal and ceramic ring. The plastic cylinder wall is fitted with two layers of windows and the fingers or webs bow inward and form different forms. The handling efficiency of the pall ring is 50 percent greater than the ring with the same decompression condition. The mass pressure is meanwhile at the same treatment half below the Raschig ring. Moreover, the efficiency of transfer will increase by 20%.

Metal pall rings are used in quench towers, direct contact cooling applications, atmospheric pressure separation, and absorption applications, places in which vacuum is critical to the low-pressure drop, and applications of steam stripping.

Summary of the features of metal pall rings

Pall Rings Packing is a modern form of filler that can be used as a degassing tower for carbon dioxide, ozone contact towers, etc. But there is a big difference between the packing of the Pall rings and the Raschig rings:

For some major weaknesses of the Raschig ring packing, the Pall rings packing is improved. It is an eight-layer rectangular small window on the wall of the ordinary Raschig ring. In the middle of the ring are the tiny window blades and the top and bottom layers are located. The Pall Rings packaging material consists of polypropylene Bauer packaging and ceramic pall ring packaging.

Pall rings packing benefits from large flows, low resistance, high separation efficiency, and wide operational flexibility. The Pall rings packing features large manufacturing capacity, strong resistance, and widespread operational flexibility in contrast to the Raschig ring. The treatment may be 50%-100% larger than the Raschig ring under normal circumstances, and the pressure reduction ratio can be also treated. The Raschig ring is 50% -70% less and the height of the tower is lowered. For approximately 20% -40% of the packaging volume of the Lacy ring, a Pall ring is possible. 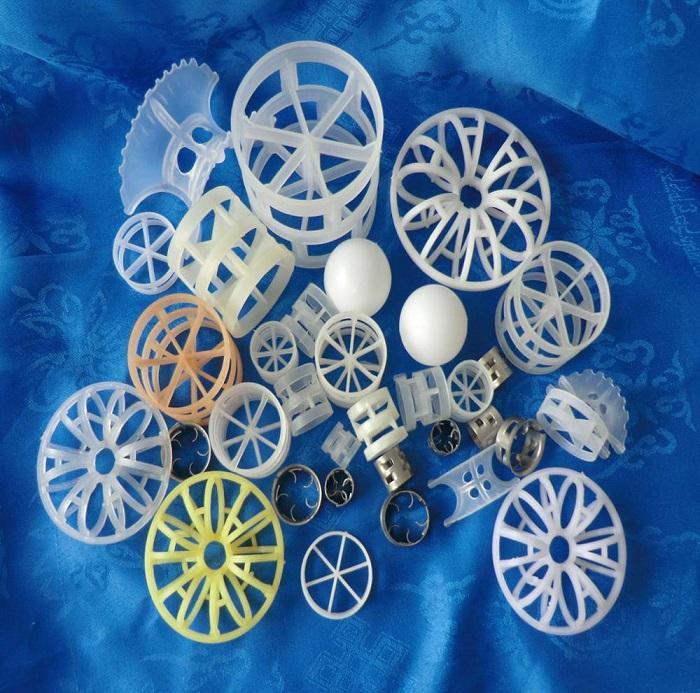 Degasser is referred to as the decarbonator in water treatment in which carbon dioxide is extracted mainly from the water. When alkalinity is present in water, they play an important role. The alkaline water triggers the deposits and blocks the boiler tubes.

Through blowing air countercurrent to the water flow, this CO2 can be separated mechanically by the Degasser. Degasser is a simple solution with a plastic Raschig-ring tower that allows the water to run down to droplets due to the high surface of the packing and releases carbon dioxide. The air expelled from below carries carbon dioxide to the top of the degasser. For further use, the degassed water is stored in the tank.

“Degassed” contributes to removing carbon dioxide from the water that otherwise enters the Anion exchanger and loads it. The carbon dioxide is significant and the resin quantity is growing and thus the cost of capital and the recurring cost of regeneration of the Alkali. The scale of Anion falls with the Degasser. Following the RO, the degasser is installed to remove the carbon dioxide generated before further treatment.

Through this blog, we attempted to give you a simple understanding of pall rings. By reading the blog, you found that Pall rings are the commonest random packaging form in the world. They are made of different materials and have ranges of applications. However, you can find more about their uses. Our Group provides more detailed information regarding pall rings applications and other info you might need to know. To register at Linquip and get all your answers about pall rings from our experts.