Types of biofuels satisfy several different energy requirements. Today, replacing fossil fuels with biofuels can produce a range of benefits. This new article at Linquip covers the types of biofuels, some of their uses and aims to mention their pros and cons.

Biofuel is a type of source of renewable energy that is derived either from plants or from animal waste, instead of a geological process like that of fossil fuels (petroleum and coal). Biofuel is also known as biomass and produces bioenergy. It is produced from renewable feedstocks such as sugar cane and sugar beet, starch crops like corn and sorghum, oilseed crops and animal fats. Examples of biofuel include ethanol, biodiesel, green diesel and biogas. Biofuel can be solid, liquid, or gaseous.

Different types of biofuels lead to less waste. The use of biofuels further decreases reliance on fossil fuels. Here are some of the biofuel examples.

Methane, or swamp gas, is a biogas plant. It is formed by bacteria engaged in the decomposition of fertilizer, sewage, or solid plant waste such as banana peels or corn stalks. The mechanism is close to what occurs in our digestive tract i.e. when we consume a lot of vegetables or sugary food; our bacteria generate gas and it comes out as flatulence. Methane gas can be stored and used as a supplement for propane and natural gas.

Starchy plants like sugar beets, maize, and sugar cane, like ethanol, can be processed into alcohol biofuels. Fungi and bacteria turn the plant content into alcohol through fermentation. If ethanol is combined with oil, it can be used to fuel cars.

Diesel is a petroleum-based fuel used to power vehicles, trains, large machines, and tractors. It is listed as an atmospheric pollutant from fuel. More environment-friendly biodiesel is made from many natural vegetable oil sources, among them animal fats and herbal oils from fat frying restaurants and the gunky content from sink traps in restaurants. 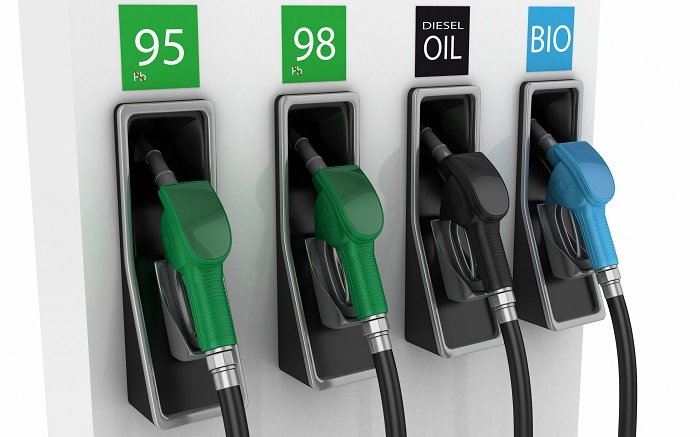 Read More on Linquip
Types of Solar Panels: A Simple Guide Assisting You to Have Better Choice

Types of Solar Energy: Learn the Basics, Get the Most Out of It!

What are Biofuels Used For

Most believe that biofuel is only used for transport purposes. But that’s not true. different types of biofuels can supply more areas.

Across the world, shipping accounts for 24 % of electricity and more than 60 % of oil absorbed. This means that about a third of the oil is used to run cars. The key issue with renewables is that solar, wind, and other renewable energies are not feasible for transport. Biofuel can be converted into hydrogen steam, which is supposed to be used in the adjacent fuel cell. More big car brands have also invested in biofuel-powered vehicle stations.

Biofuel can be used to produce power in backup systems where pollutants matter most. This covers services such as schools, hospitals, and other facilities situated in suburban neighborhoods.

Bioheat has developed over the last few years. The majority of biofuel used for heating is substantial. As wood is the most practical form of heating, houses that use wood-burning stoves rather than gas or electricity. A mix of biodiesel would minimize both nitrogen and Sulphur dioxide emissions.

Biofuel is considered to be environmentally friendly; biofuel can also help clean up oil spills and grease. It has been tested to act as a possible cleansing agent for regions where oil has polluted the waters. Biofuel can also be used as an industrial metal cleaning solvent.

The oil supply is beginning to run out. This has prompted many to ask how fuel can be extracted without damaging the ecosystem. Biofuel – would help the government build a reliable, cost-effective energy production process. 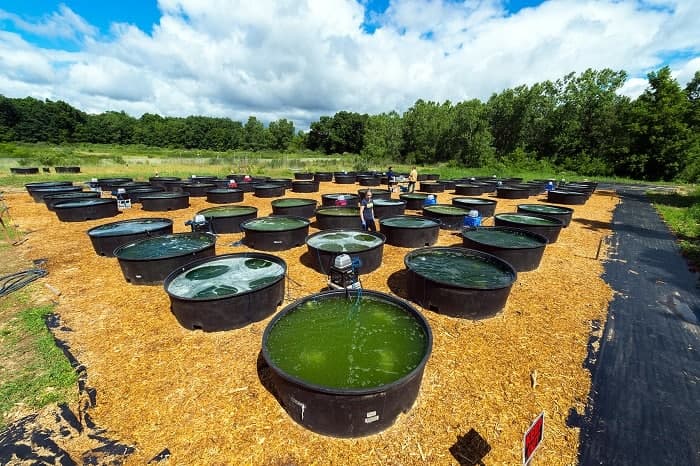 The Three Types of Biofuels

We primarily live on fossil fuel, which is a fuel that has taken millions of years to form. Fossil fuels were derived from decayed plants and animals and converted to natural gas or heavy oil. The sad thing is that fossil fuels are not replenishable in our lifetimes. The only solution is to turn to clean energy technologies such as biofuels. Biofuels exist in a variety of types and are used to suit a variety of energy demands. There are three common types of biofuels, that will be discussed:

First-generation biofuels are one of the types of biofuels that are made from sugar, starch, or vegetable oils. They vary from “second-generation biofuels” in that their plant content from which they are produced, is not green or, if used in vast amounts, may have a major effect on the food chain. Biofuels of the first generation are “original” biofuels and represent the bulk of biofuels currently in use.

These types of biofuels are biofuels of the second generation because they are “greener” and are made from the organic feedstock. Most second-generation biofuels are underdeveloped and not commonly available for use. This is due to the sustainability in this usage, which is characterized by the availability of feedstock, the effect of its usage on greenhouse gas emissions, its impact on biodiversity, and its impact on land use (water, food supply, etc.).

Biofuels made from algae are referred to as biofuels of the third generation. Algae is very promising as a biofuel because it produces high-quality and diverse fuel. Algae produce oil that is easy to refine into diesel fuel, but algae stability is poorer than other biofuels. Extremely unsaturated oils are volatile at high temperatures. 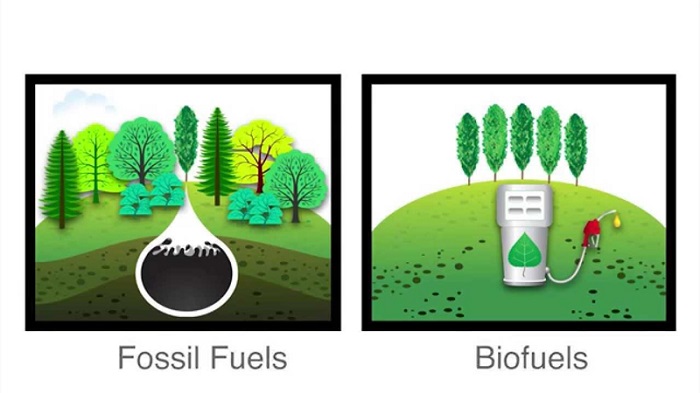 There is another way to classify types of biofuels. Let’s find below:

This is the most fundamental type of fuel obtained from biological materials. Plants and trees both offer biomass that is burnt for fuel in the form of firewood, sawdust, chips, charcoal, and pellets. As a result, wood is one of the most widely utilized kinds of fuel in every part of the world. People frequently harvest these various types of wood to heat their homes, cook food, and power tiny household gadgets.

This is biofuel in its gaseous state. It burns similarly like natural gas and, as a result, is gradually but steadily supplanting it. Biogas is mostly made of methane gas and is created through the anaerobic degradation of biomass. Biogas is used by the majority of agricultural enterprises, and the fuel is presently packaged in gas cylinders for household consumption.

Methanol, like ethanol, is an alcohol that is utilized as a clean fuel to power vehicle engines, particularly racing vehicles, in many regions of the world. Methanol’s chemical makeup is very similar to that of methane; the main difference is that methane is gaseous, whilst methanol is liquid. Gasification is used to convert biofuel to methanol at extremely high temperatures and in the presence of a catalyst.

No fuel supply is positive or negative. Even all types of biofuels have their advantages and disadvantages. One needs to weigh up the pros and cons of biofuels to decide whether they are secure using.

Biofuels costs have been declining and are likely to be far cheaper than petrol and other fossil fuels. Whereas oil is a finite resource and comes from unique materials, biofuels can be produced from a broad variety of ingredients, including crop waste, manure, and other by-products. This makes the recycling process an effective step.

Moreover, it takes a very long time for fossil fuels to be produced, but biofuels are much more readily renewable as new crops are grown and waste materials are obtained.

The generation of biofuels can be domestic, which lowers the nation’s reliance on foreign resources. The countries will then protect the integrity of their energy supply and ensuring they are protected from external impacts by reducing reliance on international sources.

Biofuels have lower emissions. When they are burnt, they contain considerably less carbon output and fewer contaminants, making them a better solution to preserving atmospheric health and reducing air pollution.

In contrast to fossil fuels, which have resources in just a few nations, any country may start producing biofuels without interfering with other nations’ energy sources. If a country can produce its own biofuel, it can easily determine its own product pricing without being constrained by global or regional constraints.

Biofuels may be utilized to help eliminate the monopoly produced by fossil fuels because they are equivalent replacements. Biogas, for example, may be utilized similarly to natural gas. As a result, when natural gas prices rise, people will have the option of converting to biogas. When the price of fossil fuels rises, motorists can switch to ethanol or butanol, which are superior alternatives.

Among the many beneficial features of biofuels, there are still many drawbacks of these sources of oil.

Biofuels have a lower energy output than conventional fuels and thus need more to be used to generate the same amount of energy. This has prompted some well-known oil experts to conclude that biofuels are not worth the investment to turn them into ethanol rather than electricity.

Also, several experiments have been conducted to evaluate the carbon footprint of biofuels. Although they are safer to use, there are clear indicators that the fuel processing, including the equipment used to farm crops and plants to generate fuel, has high carbon emissions. Besides, clearing trees for biofuel crops contribute to greenhouse emissions.

The high initial investment is also needed to convert biofuels to more productive energy outputs and to develop the required processing plants to raise the volume of biofuel.

There is fear that the use of cropland to grow fuel crops could have an impact on food prices and could contribute to food shortages. Bio crops can increase the cost of production by increasing land use and demand for water for crop irrigation.

Significant amounts of water are also required for the proper irrigation of biofuel crops as well as for the production of fuel that could strain local and regional water supplies.