A transformer is a necessary component of every electrical power supply. It is one of the major reasons for the widespread use of AC power systems. It enables power generation at the most efficient voltage, transmission and distribution at the most cost-effective voltage levels, and electric power consumption at the most suitable voltage.

In other words, through a transformer, electrical power is created, transferred, and distributed in the form of alternating current. The working principle of transformer is based on the fundamental principles of electromagnetic induction and mutual induction.

In brief, a transformer is a device that 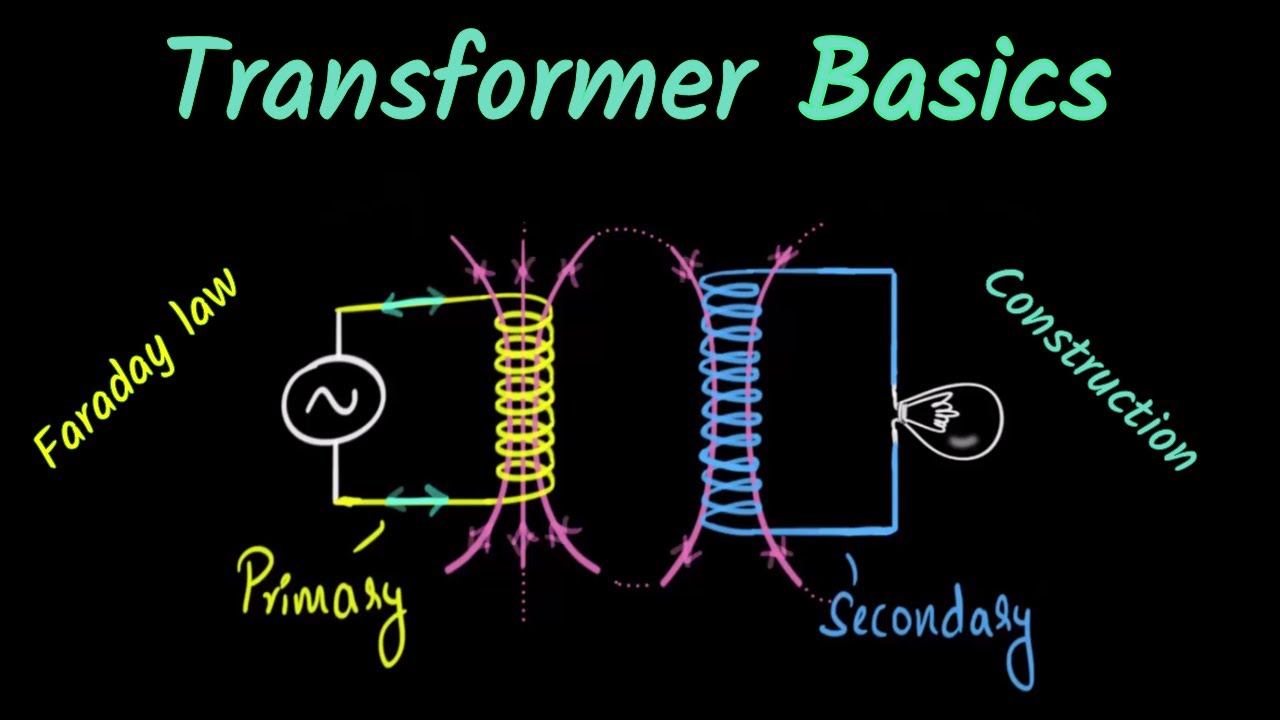 Electricity is one of the biggest discoveries in human history, reshaping the planet dramatically. Today, we enjoy a variety of advantages brought about by harnessing this basic force of nature and transporting it to remote places. Faraday and Henry advanced electrical study in 1830 by connecting it to magnetism, which led to the discovery of electromagnetic induction. This discovery changed the world by paving the way for the development of alternating current generators.

The working principle of transformer is based on Faraday’s Law of Mutual Induction or Electromagnetic Induction, which happens between two circuits connected by a mutual magnetic flux. Let’s first investigate the mechanism of electromagnetic induction before moving on to the operation of transformer.

When current flows through an electric wire coil, it generates a magnetic field or magnetic flux across its whole surface. For every material, the magnetic flux or magnetic field is defined as the “temporary medium” through which magnetized forces are transmitted between electric materials. Let’s mention that we frequently experience these forces inadvertently in our daily lives, such as when some ferromagnetic elements (iron, cobalt, or nickel) behave as temporary magnets in the presence of permanent magnets, attracting or repelling other magnets or electric materials.

The strength of the magnetic, on the other hand, is directly proportional or let’s say very reliant to the flow of current in the wire. As a result, the intensity of a magnetic created by an electric current may be readily managed, reversed, turned on or off, or varied. The magnetic field may be thought of as outlines of magnetic flux that form closed pathways. You can see a schematic of a magnetic field (flux lines) produced around a wire carrying an electric current in the picture below.

After opening up about the mechanism of electromagnetic induction, it is now the time to continue learning about the working principle of transformer:

A basic transformer is made up of two inductive coils that are electrically distinct yet magnetically connected by a route of reluctance. As said earlier, Faraday’s Law of Electromagnetic Induction, or mutual induction between the two coils, is the fundamental concept upon which the transformer operates. “It says that the rate of change of flux linkage concerning time is proportional to the induced EMF in a wire or a coil.” As a result, mutual induction between two or more windings drives transformation activity in an electrical transformer.

In details, when an alternating current supply is applied to the primary winding with the voltage, an alternating flux is built up in the core of the transformer, which links with the secondary winding, and as a consequence, an EMF termed mutually induced EMF is induced in it. Because of Lenz’s rule, the direction of these produced EMF is opposite to the applied voltage. There is no physical electrical connection between the two windings, but they are magnetically linked, thus electrical power is transmitted from the primary circuit to the secondary circuit via mutual inductance. The induced EMF in the primary and secondary windings is determined by the rate of change of the flux linkage. 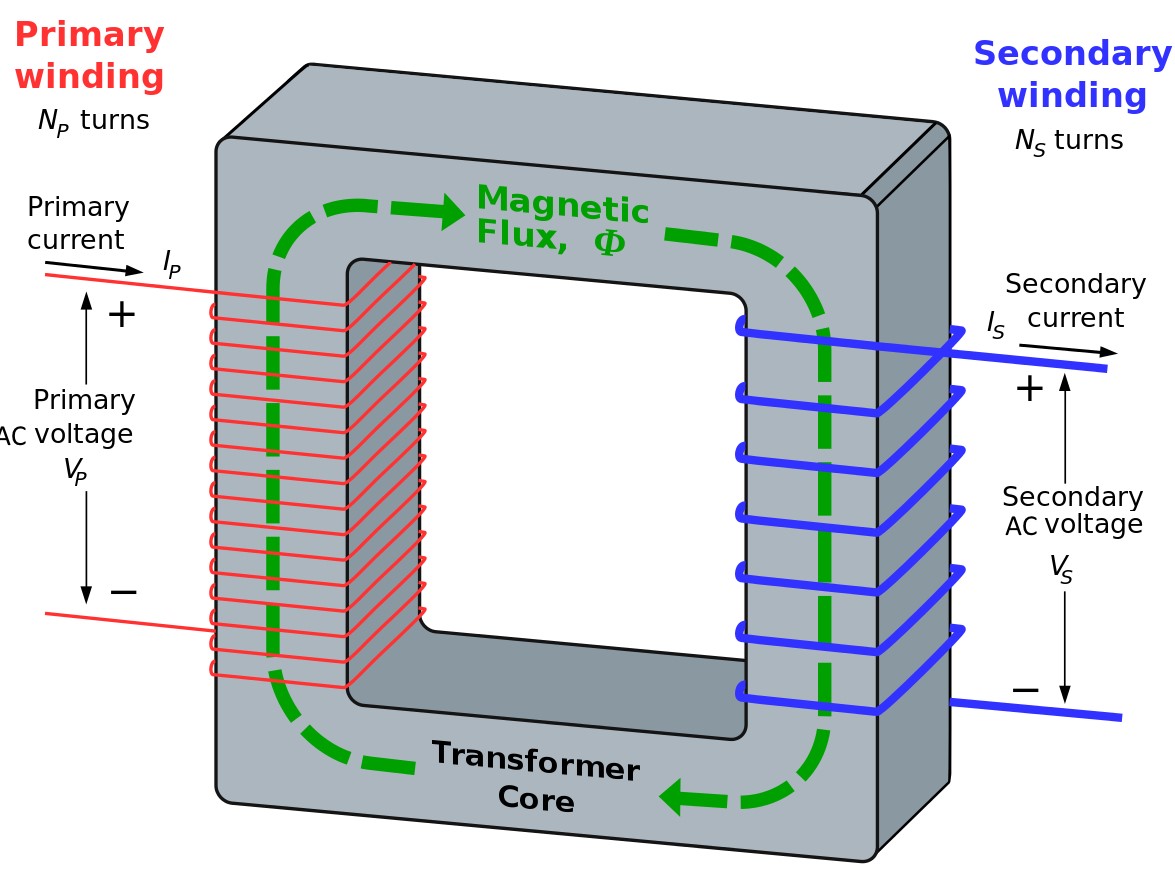 A summary of the Working principle of the transformer here for you:

In this post we talked about the transformer, what it is and then moved to the working principle of transformer. You learned that a transformer is an electrical device that uses electromagnetic induction to transmit electrical energy from one circuit to another

It is most often used to raise (‘step up’) or lower (‘step down’) voltage levels between circuits. The transformer’s operation is based on Faraday’s law of electromagnetic induction, which says that “the electromotive force around a closed route is equal to the inverse of the time rate of change of the magnetic flux contained by the channel.” When current flows through the primary coil of a transformer, a magnetic field forms around it.

Because the current is alternating and the coils are close together, the changing field reaches into the secondary coil, causing a voltage to be generated in the secondary. This is known as mutual induction, and it occurs when a wire coil magnetically induces a voltage into another coil placed nearby. This is all about the working principle of transformer. If you need to know more detailed information, comment us by registering at Linquip. Our experts are here to answer your queries.