Globe valve types fall into three main categories although there are some ways to divide them. Globe valves are designed for regulating flow, up and down within the valve, disc, and seat, typically broken into the body of the valve. Globe valves are created by a disk translating against a seat. The seats are parallel to the plane or bent towards the flow line. You will read in this article, at Linquip, about globe valve types (briefly), their diagram, their common application, and the advantages and disadvantages they have. 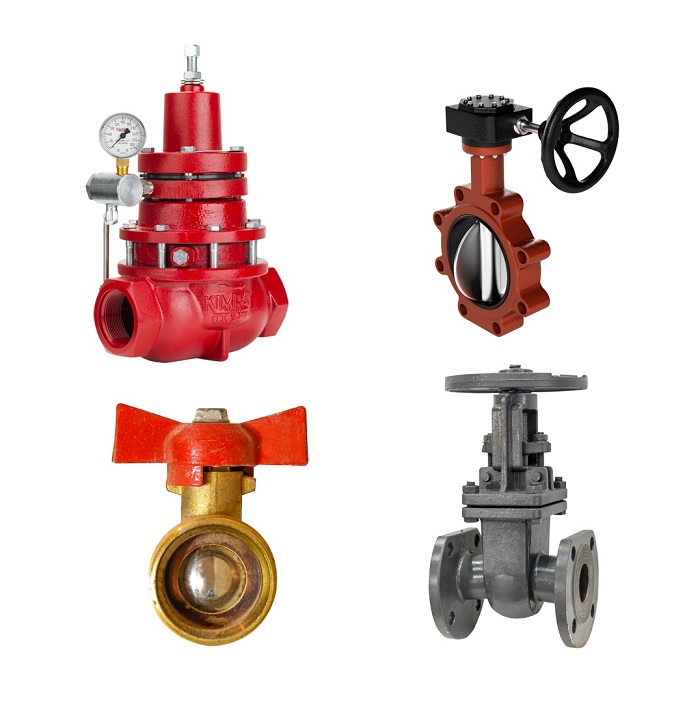 The Wye pattern globe valves give the least flow resistance among globe valves. Despite extreme erosion, they are broken open for long periods. They are commonly used in seasonal or start-up operations for throttling. When used in drain lines usually close, they can be barred to avoid debris.

Read More on Linquip
Globe valve parts 101: All you need to know in one place

The third type among globe valve types is the angle globe valve that represents a shift in the configuration of the Z-shaped basic glove valve. The entry and exit ends are located at the right angles. The diaphragm may be a plain flat plate with its ends at right angles. The fluid can flow down more symmetrically than discharge from the ordinary globe with just one turn in 90. The angle body style has a particular benefit as it can be used as both a valve and a pipe elbow. The angle valve closely resembles the ordinary globe for moderate pressure, temperature, and flow conditions.

The angle globe valve can be used to control the slugging effect in fluctuating flow conditions. In terms of fluid mechanics and erosion, the release conditions of the angle valve are favorable. In high-pressure applications, these features are extremely important. The valve operates more or less like the Z Shaped Valve under mild conditions. 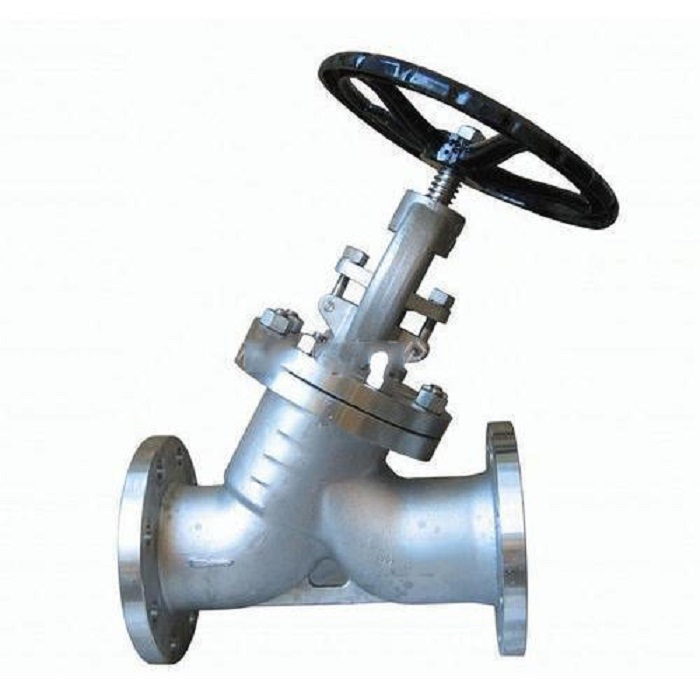 Read More on Linquip
globe valve vs ball valve; Which One Is the Best for You?

Categorizing globe valve types does not end with only three types. There are more types of course. The valve configuration of the Y-bodies is a solution to the pressure drop problem typical in globe valves. The seat and stem in Y type globe valve are angled at about 45 ° to the axis of the pipe in this form. The angle allows a straighter flow path (at maximum opening) and gives the stem, bonnet, and packing a fairly pressurized container.

The Y-body valves are primarily suitable for applications with high pressure in which pressure dropping problems are common. But the pressure resistance cannot operate efficiently in case of a throttling, in particular when the valve is smaller in size. That is because the flow movement is not as complex in smaller valves as in large containers.

Globe valves may be designed to close the disk against the flow or in the same flow direction. The kinetic energy of the fluid helps to close, which prevents opening as the disk closes in the direction of flow. The kinetic energy of the fluid obstructs the closure but helps to open the valves if the disc closes against the flow path. If a quick start is required, this feature is preferable.

Talking about the globe valve diagram, a globe valve has a bulb-like a valve-seat body that can be fitted with a screw-down or a valve disk. The main part is made up of the surfaces of the valve and valve seat. With the help of light interference and a grub screw, the seat is secured in the valve chest. Within the valve plate, the spindle is held with a nut. To avoid leakage, a stuffing box with a suitable gland is connected to the spindle. The fluid flow path change cannot be controlled by all forms of globe valves. The reverse flow valve is called the “angle valve.” With reverse flow, the flow is from below the valve seat. Thereby, when the valve is closed, the valve is not subjected to increased static pressure. With the support of a piston or a stem attached to a wheel handle outside the valve, the disk is directed on the seat. 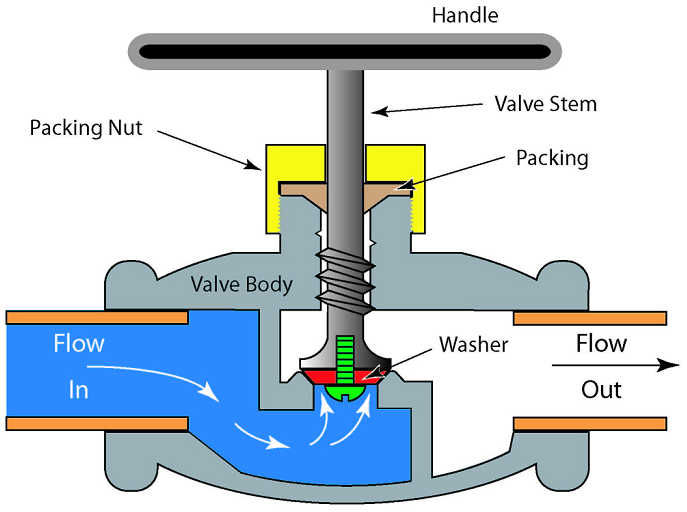 All globe valve types are applied for specific purposes. Generally, the valve of the globe valve is the one pushing the plate along the central seat axis. The change of seat opening is proportional to the valve stroke, depending on this type of valve movement. Due to its relatively short opening or closing stroke and its highly efficient cutting feature, it is well suited for flow control. Let’s read more about their pros and cons.

Globe valves have the following advantages:

Globe valves also have several disadvantages. They are inconvenient due to:

Expansion valves are devices used to control the refrigerant flow in a refrigeration system....
Read more

When debris, such as scale, rust and other matters mix with water, oil, gas, air, steam or other media and is allowed to flow...

As you may know, a foot valve is a type of check valve that only allows one-way flow. You can use foot valves when...

Valves which are devices used to control the flow of fluids, have found their way into industrial applications worldwide.  There are many things to...