You may not know, but there are over 2 million miles of pipeline in the U.S. These pipes carry water from their source to their destination. In this process and often due to erratic water supply levels, pockets of trapped air can form in these pipelines. This trapped air can affect the life of water pipelines and overall system performance. This is where air valves show up! Air valves help in ejecting trapped air, which ensures the smooth flow of water in the pipelines and smooth functioning of the irrigation system. Therefore, understanding different types of air valves and their function is of great importance so that valves can be located and sized properly for a pipeline. Stick with this new blog in Linquip to find out more. 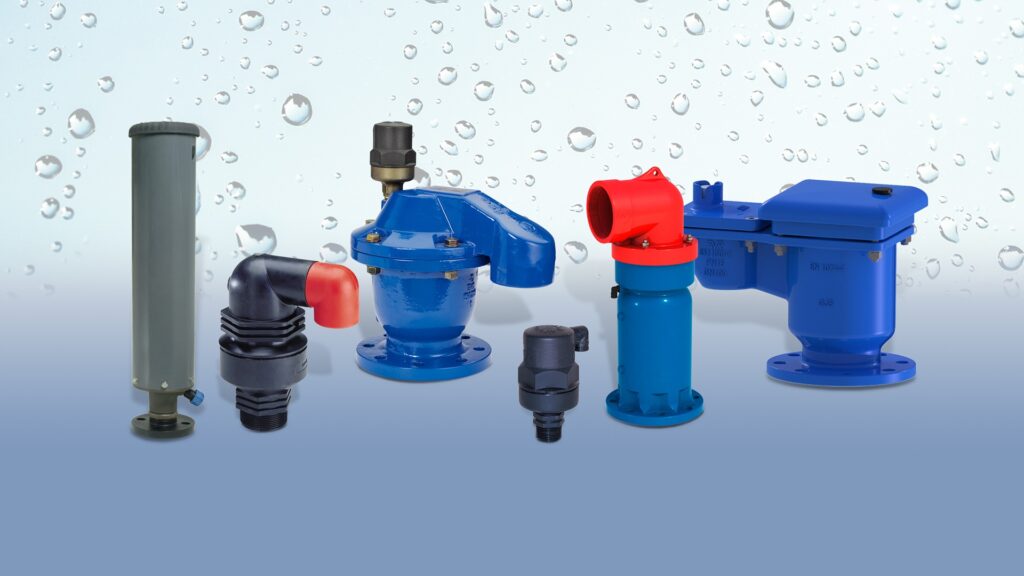 Wide ranges of air valves are available in the market, each of which serves a particular purpose in its system. Here we introduce the most common types of air valves.

Air Release Valves or small orifice valves are probably the best-known air valve which is used to eliminate small air pockets that form at the high points of a pipeline and restrict flow. Air pockets reduce pipeline capacity and increase the amount of energy required to pump fluids.

Air release valves have a small precision orifice that releases air under pressure continuously during pipeline operation.  The Air Release Valve has a float to sense the presence of air and a linkage mechanism that gives the float mechanical advantage in opening the orifice under full pipeline pressures.

Air Release Valves have a limited capacity for admitting and exhausting air because of their small orifice. For this reason, most pipeline locations require both Air Release and Air/Vacuum valves for exhausting and admitting large volumes of air.

Air/Vacuum Valve is installed downstream of pumps and at high points to exhaust large volumes of air during pump start‐up and pipeline filling. The valve also will admit large volumes of air to prevent a vacuum condition from occurring in the pipeline and to allow for draining. A float in the valve rises with the water level to shut off the valve when the air has been exhausted. Upon the loss of pressure due to draining, line break, or column separation, the float will drop and allow air to reenter the pipe.

These valves are used in pipelines to help avoid collapse or other damage, as well as to maintain proper pressure in the system. Vacuum valves are mostly used for industrial purposes in pumps for plants, factories, and other large facilities. 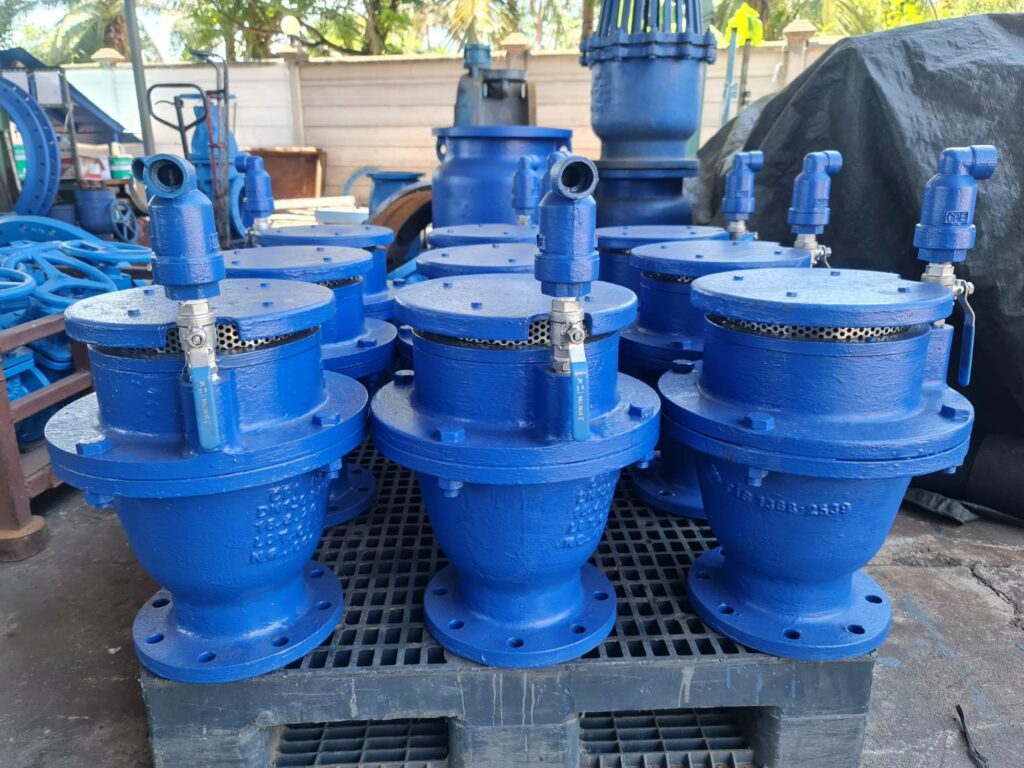 The Combination air valve combines the functions of both the air/vacuum and air Release valves and is an excellent choice for high points.  A combination valve contains both a small air release orifice and a large air/vacuum port in one assembly.

Combination air valves can be made in either single or dual body formats. On smaller valves, the float and lever mechanisms are contained in the single body design.  On larger sizes, the dual body design consisting of an air release valve piped to an air/vacuum valve is furnished as a factory assembled unit.

Some designers use only combination air valves on a pipeline because all air valve functions are included and a mistake in field installation will not leave the pipeline unprotected. 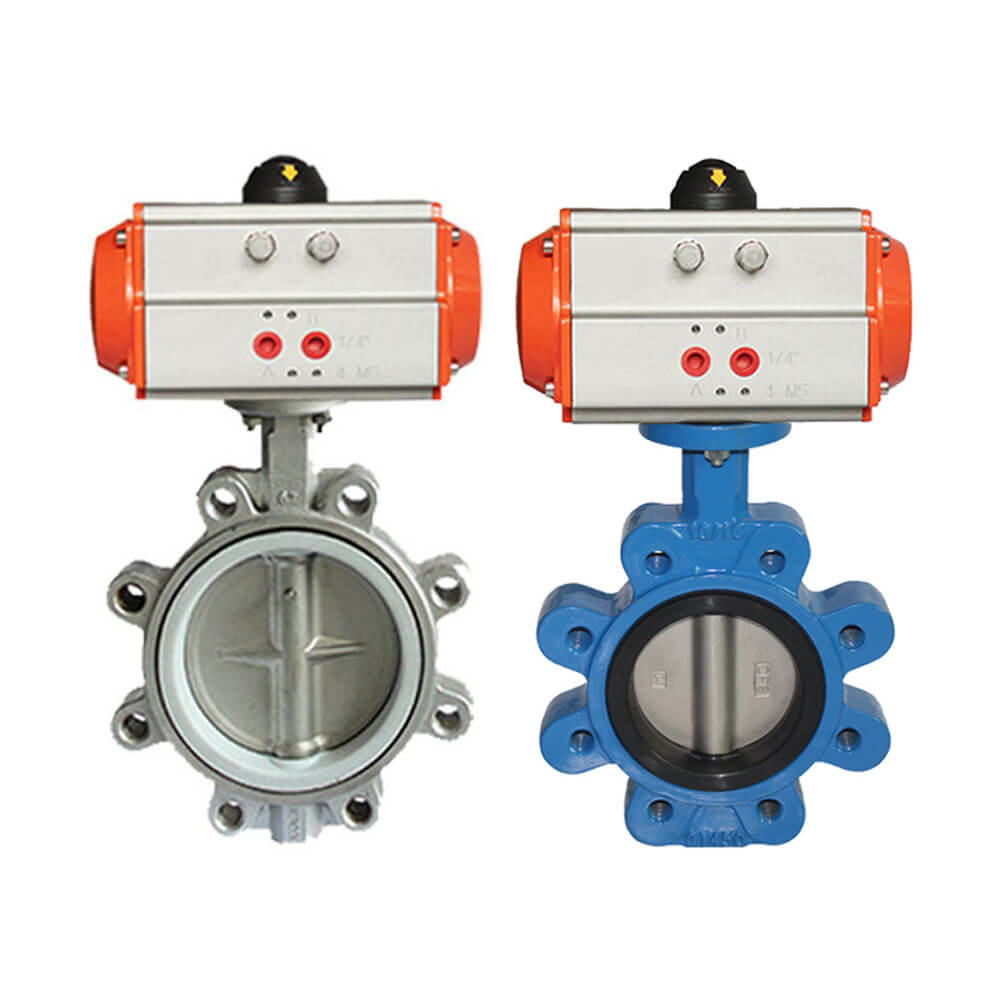 Butterfly valves are so-called due to the identifying butterfly plate that is used to release or block the flow of a pipe. They are primarily used when the flow of a pipe needs to be easily transferred from open to closed quickly.

A disc is placed in the middle of the pipe and is left sideways when the valve is open. When it needs to be closed, the plate is turned to block the flow of the pipe. These valves are excellent when the volume of gas needs to be highly controlled.

Butterfly valves are lightweight, small, and are simple in their construction. They are also very easy to operate. However, they do not tend to seal very well.

Check valves, also known as reflux valves, retention valves, or one-way valves, among other names, allow the flow of air in only one direction. They are used to avoid backflow in a system and to regulate the pressure.

Check valves can be used for both industrial and domestic purposes. For instance, air compressors use check valves. Industrially, they are used to avoid the cross-contamination of gases that are to be mixed. Since check valves eliminate backflow, there is no worry about gases or other substances being pulled back through the pipe. 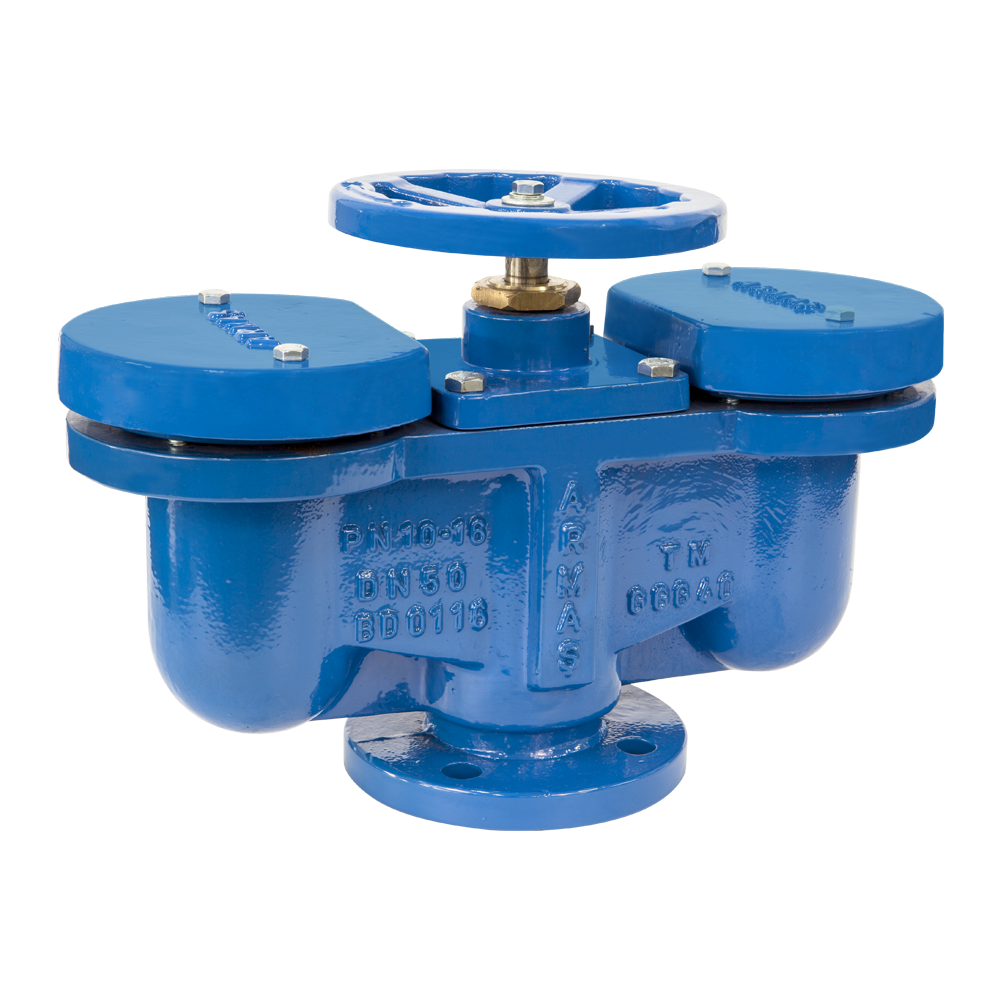 This type of air valve has two basic functions:

This type of air valve should be used when air enters the valve through a specific size opening, and leaves the system through another specific size opening, without any transition. The opening that allows air outflow is typically smaller in order to control air release. Note that the diameters of these orifices don’t change during the transient simulation.

Air inflow passes through an opening with a fixed size. Air outflow first passes through a large-sized opening, which switches to a smaller-sized opening just before all of the air has escaped. This cushions the air pocket collapse and subsequent collision of the water columns. This type of air valve should be used when the opening through which air is expelled changes based on some condition. The condition to trigger the reduction in the size of the outflow orifice can either be based on a pressure differential or an air volume. Typically a float is used to decrease the opening size, but not always. 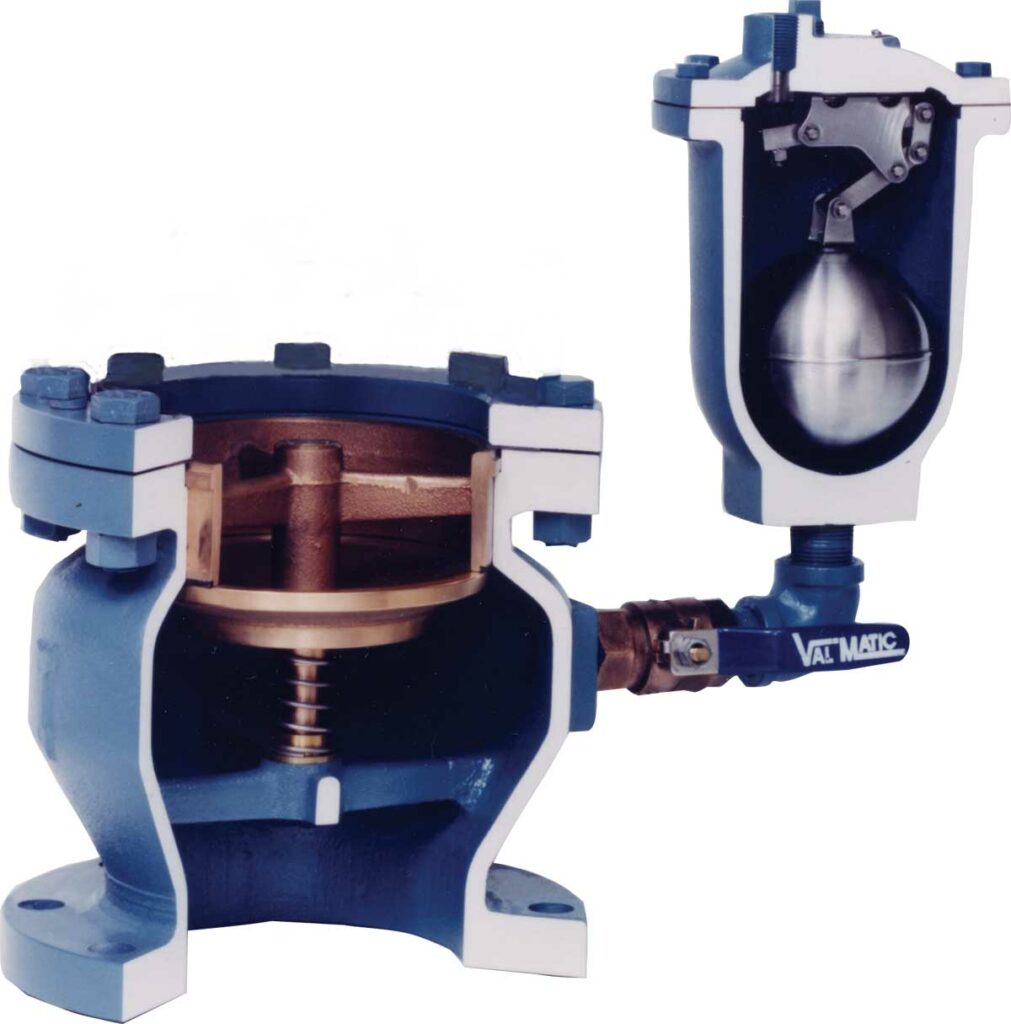 These types of air valves have only one function which is the air inflow. During sub-atmospheric pressure, air enters through the air inflow orifice diameter. The outflow orifice diameter is assumed to be very small (effectively zero) so it doesn’t let the air out. When looking at the detailed report, you may notice the air volume change as the air pocket is compressed, but the mass of air in the pipe doesn’t reduce. There are probably a limited number of applications for this type of valve, but it may be used for a draining pipeline.

This type of air valve has two functions:

Although similar to other types of air valves, the slow-closing air valve only has a single orifice involved; for the expulsion of air and liquid. An air inflow orifice is not required because the air will be freely allowed into the system (no throttling) when the head drops below the air valve elevation. The valve starts to close linearly with respect to the area only when the air begins to exit from the pipeline.

Have you used any other types of air valves? If so, let us know by commenting below. Is there any question we can help you through? Sign up on Linquip and our experts will provide you with the most professional answers.