In any discussion about climate change, renewable energy usually tops the list of changes the world can make to stave off the worst effects of rising temperatures. That’s because renewable energy sources such as solar and wind don’t emit carbon dioxide and other greenhouse gases that contribute to global warming.

Clean energy has far more to recommend than just being “green.” The growing sector creates jobs, makes electric grids more resilient, expands energy access in developing countries, and helps lower energy bills. All of those factors have contributed to a renewable energy renaissance in recent years, with wind and solar setting new records for electricity generation.

For the past 150 years or so, humans have relied heavily on coal, oil, and other fossil fuels to power everything from light bulbs to cars to factories. Fossil fuels are embedded in nearly everything we do, and as a result, the greenhouse gases released from the burning of those fuels have reached historically high levels.

As greenhouse gases trap heat in the atmosphere that would otherwise escape into space, average temperatures on the surface are rising. Global warming is one symptom of climate change, the term scientists now prefer to describe the complex shifts affecting our planet’s weather and climate systems. Climate change encompasses not only rising average temperatures but also extreme weather events, shifting wildlife populations and habitats, rising seas, and a range of other impacts.

Of course, renewables—like any source of energy—have their own trade-offs and associated debates. One of them centers on the definition of renewable energy. Strictly speaking, renewable energy is just what you might think: perpetually available, or as the U.S. Energy Information Administration puts it, “virtually inexhaustible.” But “renewable” doesn’t necessarily mean sustainable, as opponents of corn-based ethanol or large hydropower dams often argue. It also doesn’t encompass other low- or zero-emissions resources that have their own advocates, including energy efficiency and nuclear power.

What Is Renewable Energy?

Renewable energy, often referred to as clean energy, comes from natural sources or processes that are constantly replenished. For example, sunlight or wind keep shining and blowing, even if their availability depends on time and weather.

While renewable energy is often thought of as a new technology, harnessing nature’s power has long been used for heating, transportation, lighting, and more. Wind has powered boats to sail the seas and windmills to grind grain. The sun has provided warmth during the day and helped kindle fires to last into the evening. But over the past 500 years or so, humans increasingly turned to cheaper, dirtier energy sources such as coal and fracked gas.

Now that we have increasingly innovative and less-expensive ways to capture and retain wind and solar energy, renewables are becoming a more important power source, accounting for more than one-eighth of U.S. generation. The expansion in renewables is also happening at scales large and small, from rooftop solar panels on homes that can sell power back to the grid to giant offshore wind farms. Even some entire rural communities rely on renewable energy for heating and lighting.

As renewable use continues to grow, a key goal will be to modernize America’s electricity grid, making it smarter, more secure, and better integrated across regions.

Non renewable, or “dirty,” energy includes fossil fuels such as oil, gas, and coal. Nonrenewable sources of energy are only available in limited amounts and take a long time to replenish. When we pump gas at the station, we’re using a finite resource refined from crude oil that’s been around since prehistoric times.

Nonrenewable energy sources are also typically found in specific parts of the world, making them more plentiful in some nations than others. By contrast, every country has access to sunshine and wind. Prioritizing nonrenewable energy can also improve national security by reducing a country’s reliance on exports from fossil fuel–rich nations.

Many non renewable energy sources can endanger the environment or human health. For example, oil drilling might require strip-mining Canada’s boreal forest, the technology associated with fracking can cause earthquakes and water pollution, and coal power plants foul the air. To top it off, all these activities contribute to global warming.

Hydropower: For centuries, people have harnessed the energy of river currents, using dams to control water flow. Hydropower is the world’s biggest source of renewable energy by far, with China, Brazil, Canada, the U.S., and Russia the leading hydropower producers. While hydropower is theoretically a clean energy source replenished by rain and snow, it also has several drawbacks.

Large dams can disrupt river ecosystems and surrounding communities, harming wildlife and displacing residents. Hydropower generation is vulnerable to silt buildup, which can compromise capacity and harm equipment. Drought can also cause problems. In the western U.S., carbon dioxide emissions over a 15-year period were 100 megatons higher than they normally would have been, according to a 2018 study, as utilities turned to coal and gas to replace hydropower lost to drought. Even hydropower at full capacity bears its own emissions problems, as decaying organic material in reservoirs releases methane.

Dams aren’t the only way to use water for power: Tidal and wave energy projects around the world aim to capture the ocean’s natural rhythms. Marine energy projects currently generate an estimated 500 megawatts of power—less than one percent of all renewables—but the potential is far greater. Programs like Scotland’s Saltire Prize have encouraged innovation in this area.

Wind: Harnessing the wind as a source of energy started more than 7,000 years ago. Now, electricity-generating wind turbines are proliferating around the globe, and China, the U.S., and Germany are the leading wind energy producers. From 2001 to 2017, cumulative wind capacity around the world increased to more than 539,000 megawatts from 23,900 mw—more than 22 fold.

Some people may object to how wind turbines look on the horizon and to how they sound, but wind energy, whose prices are declining, is proving too valuable a resource to deny. While most wind power comes from onshore turbines, offshore projects are appearing too, with the most in the U.K. and Germany. The first U.S. offshore wind farm opened in 2016 in Rhode Island, and other offshore projects are gaining momentum. Another problem with wind turbines is that they’re a danger for birds and bats, killing hundreds of thousands annually, not as many as from glass collisions and other threats like habitat loss and invasive species, but enough that engineers are working on solutions to make them safer for flying wildlife.

Solar: From home rooftops to utility-scale farms, solar power is reshaping energy markets around the world. In the decade from 2007 and 2017 the world’s total installed energy capacity from photovoltaic panels increased a whopping 4,300 percent.

In addition to solar panels, which convert the sun’s light to electricity, concentrating solar power (CSP) plants use mirrors to concentrate the sun’s heat, deriving thermal energy instead. China, Japan, and the U.S. are leading the solar transformation, but solar still has a long way to go, accounting for around two percent of the total electricity generated in the U.S. in 2017. Solar thermal energy is also being used worldwide for hot water, heating, and cooling.

Critics of corn-based ethanol, for example, say it competes with the food market for corn and supports the same harmful agricultural practices that have led to toxic algae blooms and other environmental hazards. Similarly, debates have erupted over whether it’s a good idea to ship wood pellets from U.S. forests over to Europe so that it can be burned for electricity. Meanwhile, scientists and companies are working on ways to more efficiently convert corn stover, wastewater sludge, and other biomass sources into energy, aiming to extract value from material that would otherwise go to waste.

Geothermal: Used for thousands of years in some countries for cooking and heating, geothermal energy is derived from the Earth’s internal heat. On a large scale, underground reservoirs of steam and hot water can be tapped through wells that can go a mile deep or more to generate electricity. On a smaller scale, some buildings have geothermal heat pumps that use temperature differences several feet below ground for heating and cooling. Unlike solar and wind energy, geothermal energy is always available, but it has side effects that need to be managed, such as the rotten egg smell that can accompany released hydrogen sulfide. 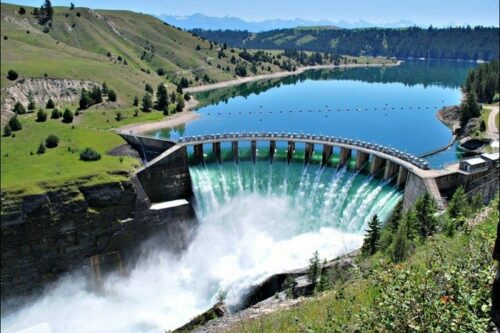 The most common method of hydropower generation involves construction of dams on rivers and releasing water from the reservoir to drive turbines. Pumped-storage type plants represent another method of hydroelectricity generation.

“China has the biggest hydroelectric generation capacity in the world.”

Hydropower projects have, however, become controversial during recent years due to the environmental and social impacts related to bio-diversity and human resettlement. 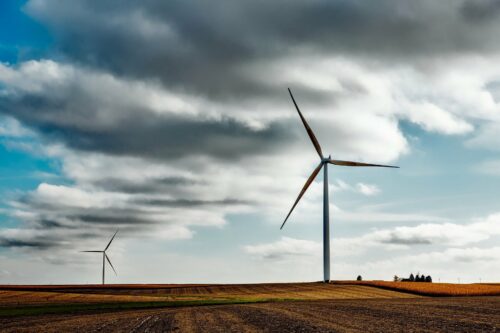 China, with an installed capacity of more than 184GW, is the biggest wind energy generator in the world, followed by the US (94GW by the end of 2018). More than half of the 49GW wind power capacity added worldwide in 2018 was in China (20GW) and the US (7GW).

More than 486GW of installed capacity makes solar the third biggest renewable power source in the world, with photovoltaic (PV) technology being dominant. The use of concentrating solar power (CSP) technology is also on the rise, with global CSP installed capacity reaching 5.5GW by the end of 2018. China, US, Germany, Japan, Italy, and India possess the biggest solar PV capacity in the world, while Spain has 42% of the global CSP capacity. 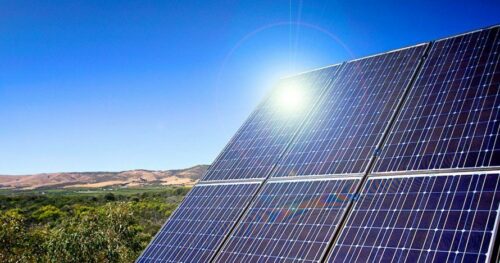 Asia accounted for approximately 70% of the total 94GW of global solar power expansion in 2018, while the US, Australia and Germany added 8.4GW, 3.8GW, and 3.6GW in new solar power projects during the year.

Bio-power is the fourth biggest renewable power source after hydro, wind and solar. The world’s net electricity production capacity from bio-mass currently exceeds 117GW, while global bio-power generation increased from 317TWh in 2010 to more than 495TWh in 2018.

Modern biomass, especially biofuels and wood pellets, are increasingly being used for heat and power generation, alongside traditional biomass sources such as agricultural by-products. 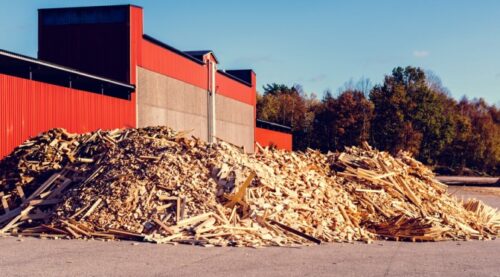 The US, Brazil, China, India, Germany, and Sweden are currently the leading bio-power generators in the world. China, India, and the UK accounted for more than half of the world’s total bioenergy capacity expansion in 2018.

The 740MW Ironbridge power plant located in Severn Gorge, UK,  is the world’s biggest biomass fuelled power plant, while the 140MW Vaskiluodon Voima plant in Finland is the biggest biogas plant in the world.

One-third of the green energy generated using geothermal sources is electricity, while the remaining two-third is direct heat. The US, Philippines, Indonesia, Mexico, and Italy are the top five geothermal power producers in the world.

The global geothermal capacity increased by 539MW in 2018, out of which Turkey’s share was approximately 40%.

The Geysers Geothermal Complex, located north of San Francisco in California, US, with 900MW of active production capacity, is the world’s biggest geothermal power plant, followed by the 820MW Cerro Prieto geothermal power station in Mexico.