Variable Resistor Symbol։ Everything You Need to Know

An electronic symbol is a pictogram used to represent various electrical and electronic devices or functions, such as wires, batteries, resistors, and transistors, in a schematic diagram of an electrical or electronic circuit. Today these symbols are largely standardized internationally but may vary from country to country, or may have different engineering discipline, based on traditional conventions. In this article, Linquip will review the variable resistor symbol. Read on to find out more.

The graphic symbols used for electrical components in circuit diagrams are covered by national and international standards, in particular:

The number of standards leads to confusion and errors. Symbols usage is sometimes unique to engineering disciplines, and national or local variations to international standards exist. For example, lighting and power symbols used as part of architectural drawings may be different from symbols for devices used in electronics.

HVDC vs HVAC Transmission Systems– Difference between them

What is a Variable Resistor symbol?

A variable resistor also called an adjustable resistor, consists of two terminals, where one of the terminals is a sliding or moving contact often known as a wiper. The variable resistor IEC symbol is represented by a rectangular box and an arrow across (or above) it, like that shown in the figure below. 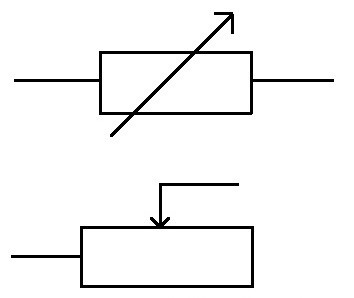 Read More on Linquip
Variable Resistor∶ Learn The Basics, Get The Most out of It!

Here are the symbols of different types of variable resistors for electronic design.

This variable resistor symbol in a circuit diagram is represented as shown in the figure below. 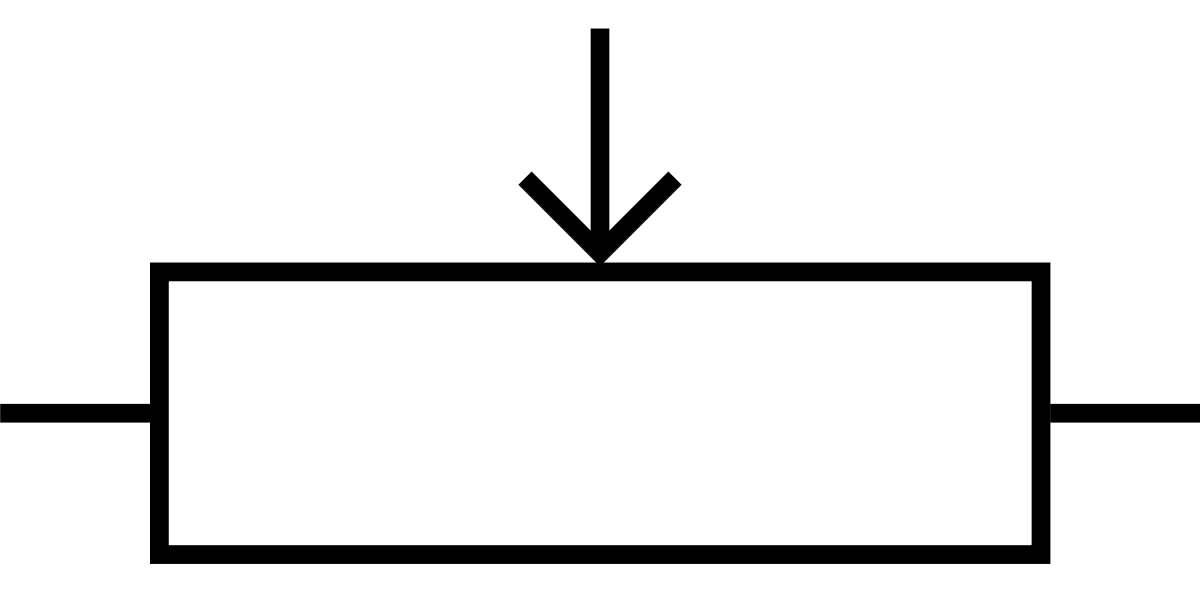 The construction of the rheostat is almost similar to the potentiometer. Like the potentiometer, the rheostat also consists of three terminals. However, in this type of variable resistor, one of the fixed terminals and the moving terminal is used while the third fixed terminal is left unused. Connecting in this way helps to reduce or increase the current through the circuit by just changing the position of the moving wiper. As the resistance changes, the current changes inversely. That is if there is an increase in resistance, the current through the circuit will decrease.

A rectangular box with three terminals and an arrow across it represents the rheostat symbol. 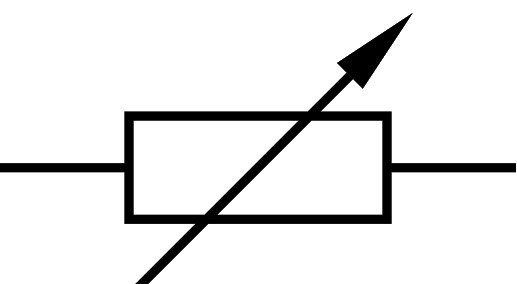 A thermistor is a type of resistor whose resistance changes rapidly with a small temperature change. The international standard symbol of the thermistor is shown in the below figure. 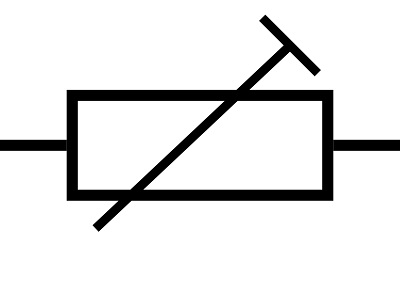 A photoresistor also called a light-dependent resistor (LDR), is a variable resistor whose resistance varies inversely with the intensity of light. To represent a photoresistor in a circuit diagram, the chosen symbol is in a way that would indicate it to be a light-dependent device along with the fact that it is a resistor. The symbol is a resistor with a circle around it. There are also two arrows pointing towards it representing the light. 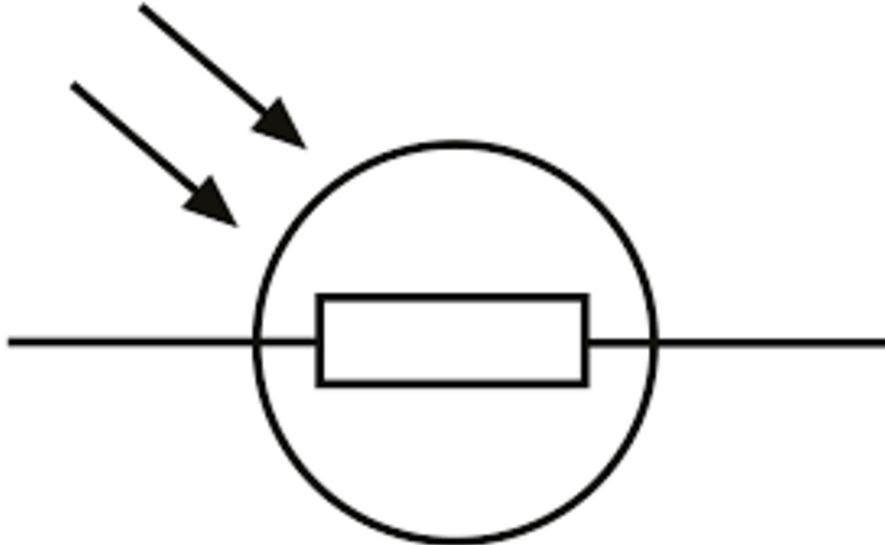 Magneto Resistor is a special kind of variable resistor, whose electrical resistance depends on the external magnetic force applied to it.

Schematically, in the circuit diagram, the magnetoresistance is represented by the symbol shown below. The arrow through the resistor symbol signifies a variable resistor, while “x” below it denotes that the variable resistor used is a magneto resistor.

So this is everything you need to know about a variable resistor symbol. If you enjoyed this article in Linquip, let us know by leaving a reply in the comment section. Is there any question we can help you with? Feel free to sign up on our website to get the most professional advice from our experts.

A Good Look at Types of Thermostats

An Easy Overview of Types of Pressure Gauges

A Quick Look at Types of Proximity Sensors

A Brief Look at Types of Multimeters

A Quick Look at Types of Spectrophotometers