Energy is necessary for the evolution of life forms on Earth. However, a significant portion of the energy consumed today is obtained from non-renewable sources. It implies that once they are used up, they cannot be replenished. The most important source of non-renewable energy used extensively is fossil fuels that have taken millions of years to be formed. Thus, it is important to use them judiciously. This requires us to look for alternate sources. We know that energy exists in different forms in nature and that it cannot be created or destroyed.  One of these renewable sources of energy is tidal energy. In this article, Linquip will review the advantages of tidal energy. Read on to find out more.

What are the advantages of tidal energy?

Tidal energy, also referred to as tidal power, is the energy obtained from the rise and fall of tides. As the tides rise and fall, a massive amount of water moves toward and then away from shore. Turbines that are placed in the path of this moving water spin as the water passes by. These spinning turbines are connected to generators that create electricity.

One way tidal energy is captured is with the use of tidal turbines. Tidal turbines look like and work like underwater windmills.

Another way tidal energy is captured is with the use of tidal barrages. Tidal barrages are specific dams that take advantage of the difference in height between low and high tides. Tidal barrages are built across an estuary or bay. When the tide comes in and the sea level rises, water passes through the dam and becomes trapped in a basin. When the tide goes out, gates within the dam release the water, allowing it to flow through turbines that spin and transfer energy to electric generators.

The advantages of tidal energy are as follows.

Tidal energy’s source is a result of the effects of the sun and moon’s gravitational fields, combined with our planet’s rotation around its axis, which results in low and high tides. With this in mind, the power source of tidal energy is potentially renewable, whether we are talking about tidal barrages, stream generators, or the more recent technology, dynamic tidal power (DTP). Compared to nuclear reserves and fossil fuels, the sun and moon’s gravitational fields, as well as the Earth’s rotation around its axis, will not cease to exist any time soon.

Aside from being renewable, tidal energy is also an environmentally friendly energy source because it does not take up a lot of space and does not emit any greenhouse gases. Conventional fossil fuels contribute to air pollution, whereas tidal power leaves no by-products. Tidal energy application also creates less noise as the sound is transmitted through water. 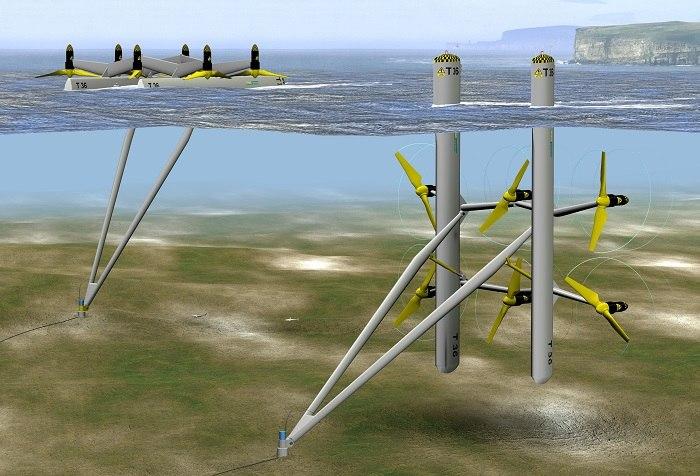 One of the most significant advantages of tidal energy is that currents are highly predictable, making it easier to build tidal energy systems correctly and efficiently. This predictability makes tidal energy a better option than wind power, which is far less dependable.

Normally, two high and low tides occur in a day. Some systems can harvest power from tidal currents regardless of any direction they are flowing, allowing the production of energy to go completely uninterrupted.

Tidal power plants can last much longer than wind or solar farms, at around four times the longevity. Tidal barrages are long concrete structures usually built across river estuaries. The barrages have tunnels along them containing turbines, which are turned when water on one side flows through the barrage to the other side. These dam-like structures are said to have a lifespan of around 100 years. The La Rance in France, for example, has been operational since 1966 and continues to generate significant amounts of electricity each year.

Wind turbines and solar panels generally come with a warranty of 20 to 25 years, and while some solar cells have reached the 40-year mark, they typically degenerate at a pace of 0.5% efficiency per year.

The longer lifespan of tidal power makes it much more cost-competitive in the long run. Even nuclear power plants do not last this long. For example, the new Hinckley Point C nuclear plant planned to be built in Somerset, UK, is estimated to provide power for around 60 years, once completed, according to a BBC report.

Water is a thousand times denser than air, which makes it possible to produce electricity at low speeds. Based on calculations, power can be generated even at 1 minute per second, which is equivalent to a little over 3 feet per second.

Small dams and barrages, which are used to harness tidal energy, could protect ship ports and coastal areas from the dangerous tides during storms and bad weather conditions.

The U.S. Department of Energy estimates that tidal and wave energy hold up to 1,400 Terawatt hours (TWh) of potential energy each year. The U.S. requires about 4,000 TWh of energy each year. Unfortunately, the best sites are located in Alaska, far from consumers. 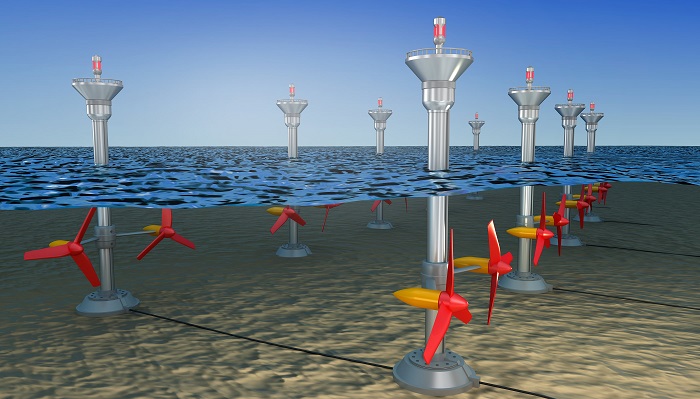 Once a tidal-power system is up and running, it is comparatively cheap to maintain. It is because the technology has few moving parts — particularly in comparison to the complex web of technologies and machinery required to refine fossil fuels and burn them in turbine-driven power plants.

Tidal power plants have a longer life span and once constructed, they can produce electricity for many years. The initial upfront cost may be higher but the return on investment is assured in the long run. Thus tidal power plants are more cost-effective, easy to maintain, and economical when implemented on a large scale.

Read More on Linquip
How Does Tidal Energy Work?

So, there you have a detailed description of the advantages of tidal energy. If you enjoyed this article in Linquip, let us know by leaving a reply in the comment section. Is there any question we can help you with? Feel free to sign up on our website to get the most professional advice from our experts.

Is Renewable Energy the Future: All You Should Know

Biofuels Advantages and Disadvantages in 2021

Is Natural Gas a Fossil Fuel?

What Is Nuclear Fission?