Welcome to Linquip Blog. Today and in this article, we are going to have a look at Tidal Power and answer the question of “What Is Tidal Energy?”. In other articles, we have reviewed the working Principle of Tidal Energy, advantages and disadvantages of this renewable energy. If you have not read these articles, you had better read the present article and then move to the other three articles mentioned above.

In this article, we are going to take a closer look at this energy, which is one of the renewable energies, and see what its mechanism is. In the following, we have a basic but comprehensive definition of Tidal Energy and then we will move to principles studied to drive energy from tidal movements. In the end, we get familiar with the usual ways we can get the energy from tidal Movements.

Our team gathered all the necessary information on this topic to eliminate the need for reading diverse content on other websites. Stay with us until the end to find the answer to your question on this topic. We have a long journey ahead of us, so take a deep breath, sit back, and keep reading this article until the end. 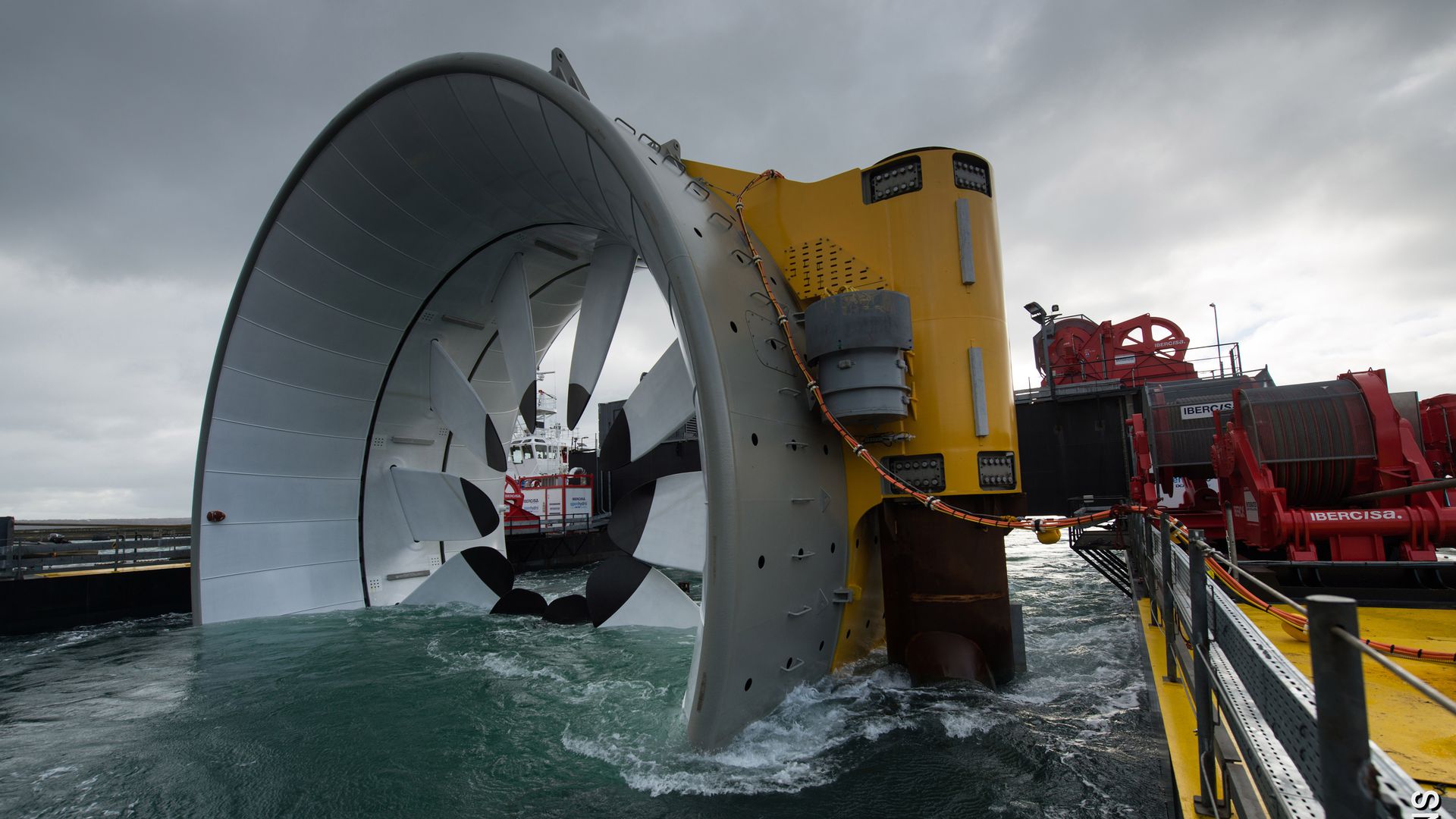 Read More On Linquip
How Does Tidal Energy Work?

What Is Tidal Power?

Tidal energy is a form of hydropower that converts the energy obtained from tides into useful forms of power, such as electricity. Tides are created by the gravitational effect of the moon and the sun on the earth causing cyclical movement of the seas. One of the strengths of harnessing power from tidal ranges and tidal streams over other forms of renewable energy is that tides are more predictable than the wind and the sun.

Historically, tide mills have been used both in Europe and on the Atlantic coast of North America. The incoming water was contained in large storage ponds, and as the tide goes out, it turns waterwheels that use the mechanical power to produce mill grain. The earliest occurrences date from the Middle Ages, or even from Roman times. The process of using falling water and spinning turbines to create electricity was introduced in the U.S. and Europe in the 19th century.

However, all it takes is a steam generator, tidal turbine, or the more innovative dynamic tidal power technology to turn the kinetic energy of tides into electricity. Engineers recently designed the world’s largest single-rotor tidal turbine, which can generate more electricity at a lower cost of operation and maintenance. Anyway, tidal currently isn’t the cheapest form of renewable energy, and the real effects of tidal power on the environment have not yet been fully determined.

In the following, you will become more familiar with the rules and principles of this energy and you will read more about its secrets.

What is Osmotic Power?

In the previous section, we brought a simple but comprehensive definition of tidal energy and talked about its history and the emergence of the first practical methods for using this kind of energy. In the following, you will encounter tidal energy from a scientific perspective, and you will become familiar with the rules and principles that govern it.

Tidal power is taken from the Earth’s oceanic tides. Tidal forces are periodic variations in gravitational attraction exerted by celestial bodies. These forces make corresponding motions or currents in the world’s oceans. Because of the strong attraction to the oceans, a bulge in the water level is made, causing a temporary increase in sea level. As the Earth rotates, this bulge of ocean water meets the shallow water adjacent to the shoreline and creates a tide.

This occurrence consistently takes place, due to the consistent pattern of the moon’s orbit around the earth. The magnitude and character of this motion reflect the changing positions of the Moon and Sun relative to the Earth, the effects of Earth’s rotation, and the local geography of the seafloor and coastlines.

Tidal power is the only technology that draws on energy inherent in the orbital characteristics of the Earth-Moon system, and to a lesser extent in the Earth-Sun system. Other natural energies exploited by human technology originate directly or indirectly from the Sun, including fossil fuel, conventional hydroelectric, wind, biofuel, wave, and solar energy.

Because the Earth’s tides are ultimately due to gravitational interaction with the Moon and Sun and the Earth’s rotation, tidal power is practically inexhaustible and classified as a renewable energy resource. The movement of tides causes a loss of mechanical energy in the Earth-Moon system: this is a result of pumping of water through natural restrictions around coastlines and consequent viscous dissipation at the seabed and in turbulence.

This loss of energy has caused the rotation of the Earth to slow in the 4.5 billion years since its formation. During the last 620 million years the period of rotation of the earth (length of a day) has increased from 21.9 hours to 24 hours; in this period the Earth has lost 17% of its rotational energy. While tidal power will take additional energy from the system, the effect is negligible and would only be noticed over millions of years.

Different Ways to Get Tidal Energy

There are currently three different ways to get energy from tidal movements that we will discuss each of these methods in detail below.

For most tidal energy generators, turbines are placed in tidal streams. A tidal stream is a fast-flowing body of water created by tides. A turbine is a machine that takes energy from a flow of fluid. That fluid can be air (wind) or liquid (water). Because water has much more dense than air, tidal energy is more powerful than wind energy. Unlike wind, tides are predictable and stable. Where tidal generators are used, they produce a steady, reliable stream of electricity.

Placing turbines in tidal streams is complex because the machines are large and disrupt the tide they are trying to harness. The environmental impact could be severe, depending on the size of the turbine and the site of the tidal stream. Turbines are most effective in shallow water. This produces more energy and allows ships to navigate around the turbines. A tidal generator’s turbine blades also turn slowly, which helps marine life avoid getting caught in the system.

Another type of tidal energy generator uses a large dam called a barrage. With a barrage, water can spill over the top or through turbines in the dam because the dam is low. Barrages can be constructed across tidal rivers, bays, and

A barrage is a much more expensive tidal energy generator than a single turbine. Although there are no fuel costs, barrages involve more construction and more machines. Unlike single turbines, barrages also require constant supervision to adjust power output.

The tidal power plant at the Rance River estuary in Brittany, France, uses a barrage. It was built in 1966 and is still functioning. The plant uses two sources of energy: tidal energy from the English Channel and river current energy from the Rance River. The barrage has led to an increased level of silt in the habitat. Native aquatic plants suffocate in silt, and a flatfish called plaice is now extinct in the area. Other organisms, such as cuttlefish, a relative of squids, now thrive in the Rance estuary. Cuttlefish prefer cloudy, silty ecosystems.

The final type of tidal energy generator involves the construction of tidal lagoons. A tidal lagoon is a body of ocean water that is partly enclosed by a natural or manmade barrier. Tidal lagoons might also be estuaries and have freshwater emptying into them.

A tidal energy generator using tidal lagoons would function much like a barrage. Unlike barrages, however, tidal lagoons can be constructed along the natural coastline. A tidal lagoon power plant could also generate continuous power. The turbines work as the lagoon is filling and emptying.

The environmental impact of tidal lagoons is minimal. The lagoons can be constructed with natural materials like rock. They would appear as a low breakwater (sea wall) at low tide and be submerged at high tide. Animals could swim around the structure, and smaller organisms could swim inside it. Large predators like sharks would not be able to penetrate the lagoon, so smaller fish would probably thrive. Birds would likely flock to the area. 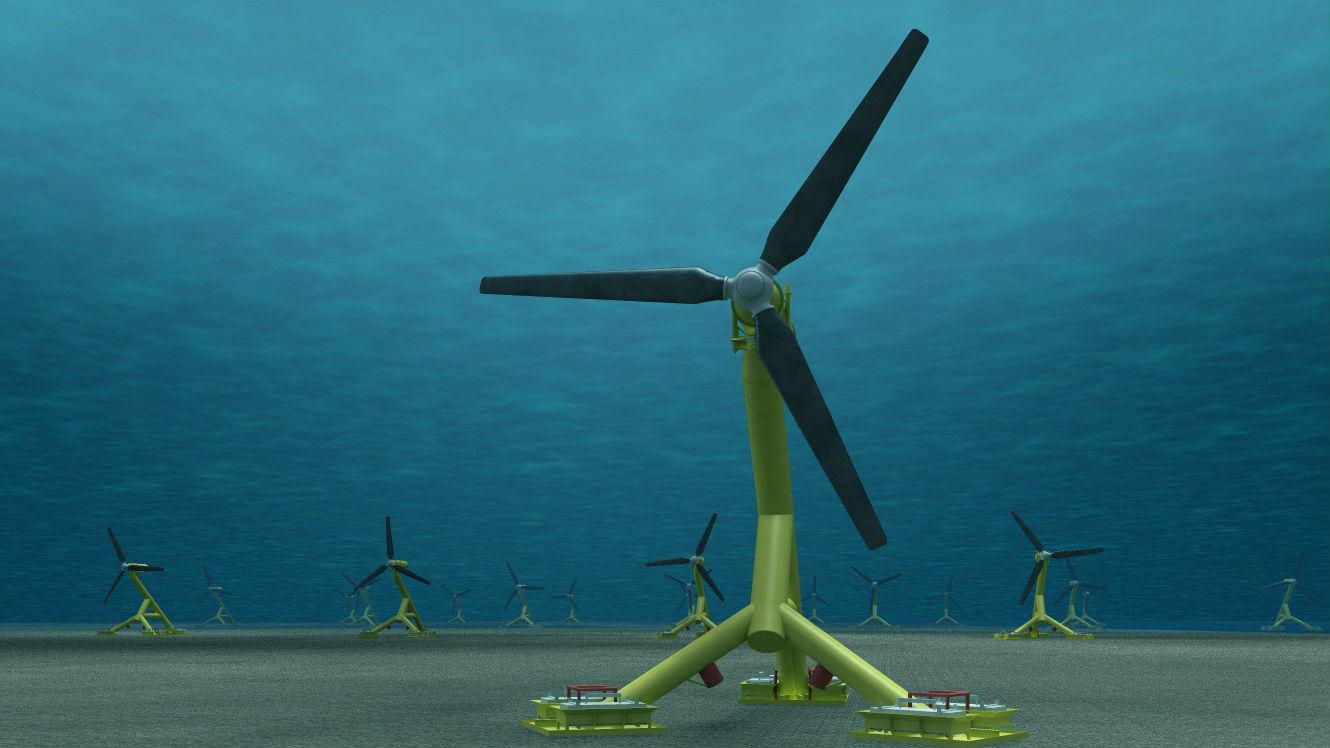 The present article was an attempt to deliver all the essential information about “What Is Tidal Energy?” firstly, we brought the basic definition of what this kind of renewable energy is, and then we moved to the rules and principles that let us use the most of this energy. In the end, we introduced 3 major and current ways to get energy from tidal movements.

If you have any opinion about tidal energy and the working principle, will be very glad to have your point of view in the comments on our website Linquip. Moreover, if you have any questions about this topic, you can sign up on our website and wait for our experts to answer your questions. Hope you enjoyed reading this article.