Much of the energy we use today comes from non-renewable sources. Ultimately, this means that in time, these sources will run out. Along with this, much of this energy plays a significant role in polluting the planet by emitting greenhouse gases. Therefore, with climate change becoming more and more of a threat, there has been an increased focus on renewable energy sources and the demand for clean energy. This has brought on the rapid development of new ways to harness the energy, like tidal energy. Tidal energy is a form of hydropower that has incredible potential to power our future.

In this article, Linquip will dive into some of the most important disadvantages of tidal energy, and what we can expect to come out of this renewable energy source.

What are the disadvantages of tidal energy?

Tidal power is a renewable energy source that turns energy created from changing tides and currents in the ocean into usable electricity. The ocean covers much of the earth and it moves around the world via tidal patterns. As the currents flow, we can take this energy and turn it into energy that we can use.

Tides are a phenomenon guaranteed every day. So, it is possible to predict the tides many years in advance and as a result, we can predictably forecast the potential for tidal energy creation.

Tidal power can be captured by using different types of technologies, such as tidal barrages, tidal stream generators, and tidal fences.

Here are the most significant disadvantages of tidal energy. 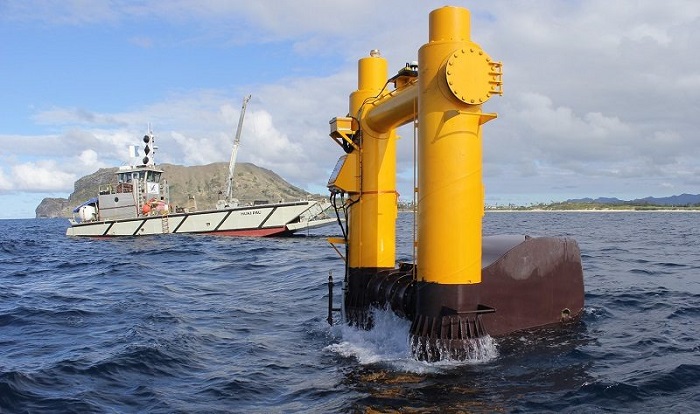 Read More on Linquip
How Does Tidal Energy Work?

Just because tidal energy is renewable does not mean it is completely environmentally friendly. The construction of tidal energy power stations can have a substantial impact on the surrounding ecosystem.

Tidal turbines have the same issue that wind turbines face with birds, marine life collisions. As turbines spin, fish and other sea life could swim into the blades leading to serious injury or death. Tidal turbines also create low-level noise beneath the surface of the water that negatively impacts marine mammals, like seals. They also pose a threat to marine plants due to a change in silt deposits and the changing of the structure of the estuary.

Tidal barrages have an even larger impact on the local environment. Not only do they cause the same problems that turbines do on their own, but they have a similar impact as dams. Tidal barrages prevent the migration of fish and cause flooding of surrounding areas that forever changes the landscape.

A 2010 report commissioned by the US National Oceanic and Atmospheric Association and titled ‘Environmental Effects of Tidal Energy Development’ identified several environmental effects, including the alteration of currents and waves, the emission of electromagnetic fields (EMFs) and its effects on marine life, and the toxicity of paints, lubricants and anti-fouling coatings used in the manufacturing of equipment. Nevertheless, technological solutions are now being developed to resolve these issues.

For a tidal power plant to be built, the potential installation site must meet very specific requirements. First, they need to be located on a coastline, which limits potential station sites to coastal states. As it stands, it is difficult and more costly to transport energy longer distances. This is because many of the fastest tidal flows are in areas that are shipping lanes. In some cases, they are too far from the grid that is another factor that holds back this form of energy.  However, there is hope that technology will evolve so that tidal energy systems can be located out at sea.

There are additional requirements a potential site must meet. For example, tidal power stations need to be built in places where the difference in height between high and low tide is above 5m to produce electricity that limits where the power stations can be installed, making it difficult for tidal power to be implemented widely. For example, the U.S. has only a handful of sites appropriate for an economically competitive commercial plant. A study conducted by the U.S. Department of Energy estimated that the U.S. (excluding Hawaii and Alaska) could generate only 0.6 Terawatt hours (TWh) of the 4000 TWh needed each year.

One of the most remarkable disadvantages of tidal energy is the high upfront costs. Tidal energy turbines need to be much sturdier than wind turbines, because of the high density of water. The cost of constructing a tidal power generation plant varies depending on what type of technology they use.

Most of the tidal power plants that are currently in operation are made of tidal barrages, which are essentially low-walled dams. Building structures strong enough to withstand the turbulent, corrosive nature of seawater is by no means a cheap undertaking. Other renewable resource solutions have cheaper upfront costs. While tidal energy systems have long lifespans and eventually pay themselves off, governments are more concerned with their 5-year budget rather than a 60-year projection. The initial investment for these systems is often the biggest wart on the face of potential projects.

The cost of barrier is one of the main reasons why tidal power has been slow to be adopted. For example, India has canceled two of its proposed tidal power plants in Gujarat and West Bengal due to the high upfront cost.

The constant movement of water and the saltwater itself can corrode machinery. As a result, the machinery needs to be regularly maintained. What is more, the systems can prove costly because they have to be designed using corrosion-resistant materials. From the turbines to the cabling, it all has to be able to withstand the constant exposure to water.

As tidal energy systems are costly and difficult to maintain, the aim is to make them as reliable and maintenance-free as possible. Despite this, maintenance remains a requirement and when anything is submerged underwater, it becomes more complicated to work on. 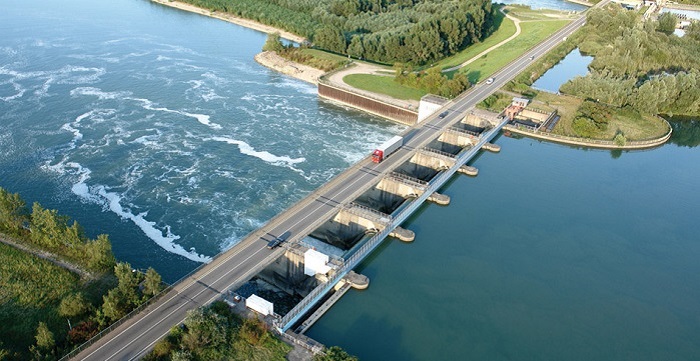 Still a more theoretic source of power, tidal energy is limited in real life to just a few prototype projects because the technology has just begun to develop and needs plenty of research and huge funds before it reaches commercial status.

The time and cost overruns can be a lot for tidal power plants, which led to some of them being canceled, such as Severn Barrage in the united kingdom. Some tidal power stations, like the one being planned in Russia, will never be realized because of very long gestation time.

So, there you have a detailed description of the disadvantages of tidal energy. If you enjoyed this article in Linquip, let us know by leaving a reply in the comment section. Is there any question we can help you with? Feel free to sign up on our website to get the most professional advice from our experts.

Is Renewable Energy the Future: All You Should Know

Biofuels Advantages and Disadvantages in 2021

Is Natural Gas a Fossil Fuel?

What Is Nuclear Fission?