We mostly know that the engine coolant goes inside the car radiator. Coolant, which we call it “antifreeze” sometimes, has different roles in winter and summer, in winter it prevents freezing liquid in the radiator and cracking, and in summer It also helps to keep the temperature of the engine lower and prevent it from boiling over. Sometimes it is suggested to use water instead of coolant.

Unfortunately, it’s not as easy as it seems! One of the first things that come to mind is that should the temps outside fall below freezing, the water you’re utilizing as coolant will not work as you expect. But the question is still reminding: can I use water instead of coolant in an emergency? In this article by Linquip, we will survey the situation you have to use water instead of coolant.

The point is you should know which one is the most optimum choice for your car. We will discuss them clearly but before that, you should consider these tips:

⇒ View a List of Heat Exchanger for Sale and Their Suppliers ⇐ 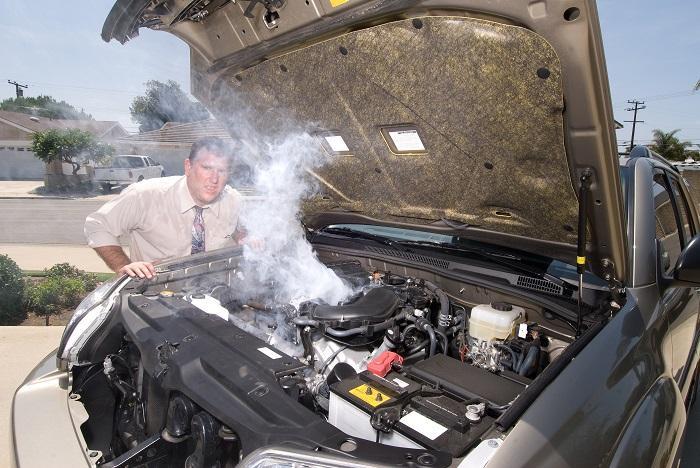 IATs are the proper choice for older cars, the 1920s to before the mid-1990s. Usually, you can find them in bright green. IAT should be replaced every 30,000 miles or 2 years, whichever comes first. It has anti-corrosion properties to protect metal parts like the radiator and engine.

The color of OAT, the most common and popular type in most newer cars worldwide, can differ from orange to dark green, which is a container of corrosion inhibitors and additives in order to prevent the formation of rust.

OAT lasts much longer than IAT. It is needed to change every 150,000 miles or 5 years, whichever is sooner. There are different guides on how to change your engine coolant.

HOAT is often orange or yellow.  It was specially optimized for new cars and is a combination of the other two which has additives for greater aluminum protection and prevention of rust. As with OAT coolant, the lifetime of HOATs is 150,000 miles or 5 years.

Be Careful When Using Antifreezes

Antifreeze contains ethylene glycol, propylene glycol, and methanol. They don’t sound like things you want to be inside your body. Be especially careful to keep it away from children. As we mentioned antifreeze comes in different, bright colors, and a child could mistake it for Kool-Aid and drink it.

There are three fundamental factors we should consider when we put coolant vs. water:

The working temperature of any vehicle is higher than the boiling point of water. It simply means that if you don’t utilize antifreeze, your vehicle’s engine will almost definitely overheat, and the liquid will evaporate and boil over. Due to this, you will have to stop the car, let the motor cool off, and continuously adding liquid to the radiator very often.

If you are a habitat of a cold climate, you will experience the opposite of what you read previously. In the absence of antifreeze in your car’s radiator, it will freeze. The consequence of this is cracking the radiator.

There are a lot of different minerals in water which after a while, will form deposits in the radiator and will prevent it from properly working.

Also, because water is corrosive to metal can make rust formation faster. Which both are deadly to the engine. This is the reason why antifreeze has additives to prevent rust formation.

As there is not any residue in distilled water, we use it in combination with antifreeze. Not only coolant changes both freezing and boiling point, but it also creates a protective layer on metal parts.

Radiators and engines will work much longer using the proper antifreeze and this makes coolant after engine oil the second most crucial car fluid.

Maybe this is included that using water instead of coolant is not a good idea, but there is some differences when you are in emergencies. Imagine that you notice the antifreeze level is dangerously low and you have nothing in your car but water the answer to the question can I use water instead of coolant in an emergency would be different. Like all other things, there are some cons and pros for this decision. 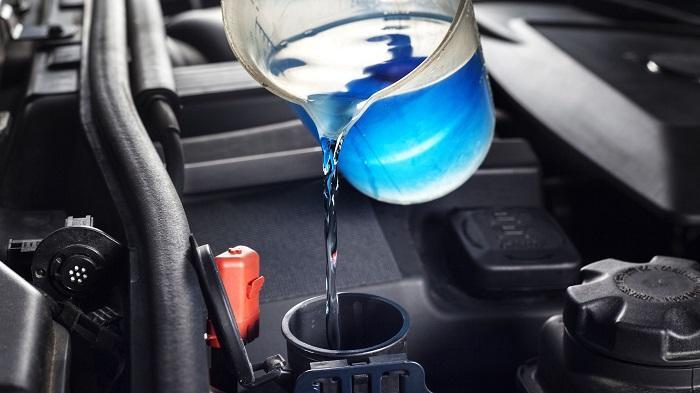 Pros of Using Water Instead of Antifreeze

In an emergency, it is still better to put water in your radiator than driving without ANY kind of liquid, even it is better than driving with very low levels of it. The engine would overheat in this situation, and the consequence would be huge damage to many car parts.

But this is not a permanent solution.  You should replace water with proper coolant as soon as you get to a shop or repair shop. Remember that the best mix of coolant is a 50/50 mix of distilled water and the right type of antifreeze, and there is not any room for debate.

Cons of Using Water Instead of Antifreeze

You must not drive too long distances whit the radiator full of water. If the engine overheats, stop the car and let it cool off. Some new cars benefit from a shut-off system that prevents the engine from overheating. This technology would turn off the engine and you cannot turn it back on until it is cool enough to run again.

Now it is the time for the main question: can I use water instead of coolant in an emergency?

How to Put Water in a Car Radiator

Although it is preferable to use as little water as you can, you may face some urgent situations in which you have to put water in the radiator. If you still carry this question: can I use water instead of coolant in an emergency? Your answer is conditionally yes. If you’re stuck without any antifreeze, probably you want to know how you should put the water in. Here’s how to do it:

– Never do this when the outside temperature is really low.

– Be careful about the icon on your car’s dashboard that whether the engine is overheating or your car went out of coolant. you’re low on engine coolant If the light stays on. A car radiator will not work without enough coolant inside the system. the first check after overheating should be the coolant level.

– Check-in order to ensure that the steam does not come from the engine.

– Before the cooldown of the radiator and engine do not touch anything. If the coolant is boiling, don’t do anything until it cools down and then remove the radiator pressure cap.

After you put the water in the radiator:

–      The engine is more likely to overheat with water, so don’t put the engine under pressure.

Now you know what coolant/antifreeze exactly is, how many types of coolants there are, why it is vital to your car’s engine, and you have a clear answer for “can I use water instead of coolant in an emergency?”, let us know about your experiences with using water instead of coolant and if there is any question about this topic please sign up on Linquip and write to us in the comments. Our experts are ready to answer any question about this topic. Hope you enjoyed reading this article.