Advantages of Geothermal Energy: Why To Use and Why Not To Use?

What are the Advantages of Geothermal energy?

One of the advantages of geothermal energy is that it is less polluting than conventional sources such as coal and other fossil fuels. Moreover, the carbon footprint of the geothermal power plant is low. Moreover, in contrast with coal and oil plants the geothermal technology emits little to negligible emissions and its environmental effect is considerably smaller than the conventional energy generation methods. Additionally, Geothermal energy is a green power source that lasts for nearly 5 billion years. The hot reservoirs within the Earth are naturally replenished, making it both renewable and sustainable.

In contrast to other renewable options such as wind and solar power, geothermal energy is a stable source of energy. This is because, unlike wind or solar energy, the fuels are still ready to be tapped into. Also, this type of energy is efficiently used including water temperatures above 150 ° C for driving turbines to produce electricity. Alternatively, the surface-to-ground temperature differential may be added. The ground is more resistant to seasonal heat changes than the air and can act as a heat source only two meters below the surface with a geothermal heat pump. 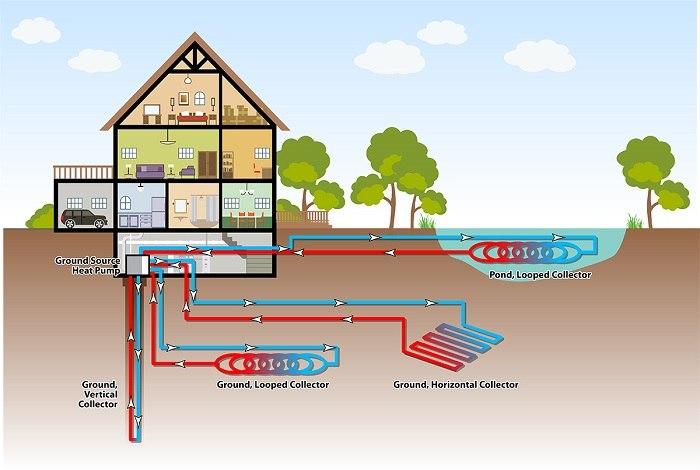 This energy is simple to quantify because it does not fluctuate in the same way as other forms of energy, including wind and solar do. This helps to forecast a high level of precision for the power generation from a geothermal plant. To add more to the advantages of geothermal energy, because this energy resource is a renewable resource, no fuel is required, like fossil fuels, a scarce resource that must be mined, or extracted from the earth in some other way.

Finally, geothermal energy is currently under tremendous research which means that new technologies are being developed to enhance the energy process. This industry is being strengthened and developed in a growing array of projects. This accelerated growth would alleviate much of the existing drawbacks of geothermal energy.

Read More on Linquip
Disadvantages of Geothermal Energy: Dominating Threats To Use This Energy

Along with the above advantages of geothermal energy, this energy resource is also economical. In fact, through improving access to geothermal power and other natural resources, nations will strengthen their capacity to monitor their economic future and strengthen national security while conserving oil and natural gas supplies for higher-value applications such as liquid fuels for transportation, chemical feedstocks, and pharmaceutical goods. Also, before building a ground heating pump, the advantages are always perfect for homeowners who wish to save money and minimize greenhouse emissions.

Read More On Linquip
The Essential Intro to Geothermal Heating

What are the disadvantages of geothermal energy?

Up to here, we mentioned some of the bold advantages of geothermal energy. However, there are always disadvantages. The biggest disadvantage is the location-specific use of geothermal energy. Besides, if the resource is transported over long distances, it is highly costly, and also major energy losses can be sustained when transported by hot water. Thus, owners usually pursue substitute heat pumps from the ground source.

While largely renewable, geothermal energy has some environmental problems. Below the surface of the earth is several greenhouse gases that go into the atmosphere. This is especially true in the case of geothermal power plants that emit silica and sulfur dioxide. Traces of toxic substances such as arsenic, mercury, and boron are also found in reservoirs. The environmental effects of this nature are therefore much smaller than those of coal and other fossil fuels and are urged to make use of energy supplies of this kind. 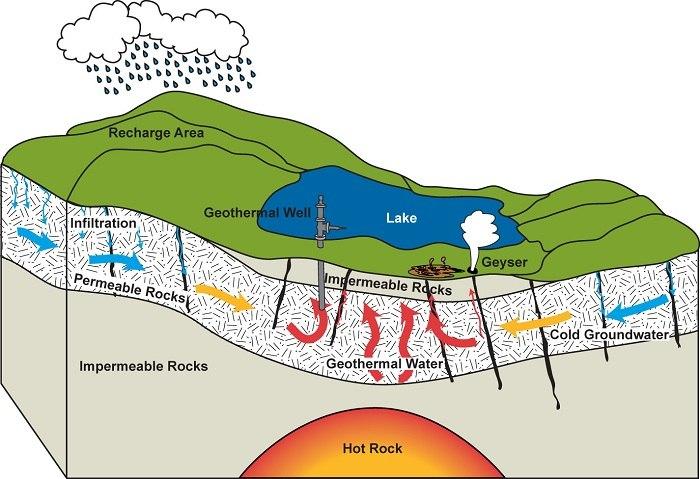 There is a wide range of possible applications of geothermal energy, such as urban heating through heat networks, heat individual houses, swimming pools, and greenhouses, for industrial applications, thermal heating, or power generation. Moreover, during summer, a geothermal device can even cool your home. It just works in a way absorbing the heat from the air in your home and returning it to the ground. A geothermal heater is also very energy-efficient. Nearly no energy is wasted so that heating costs are kept low in the winter. Geothermal energy is a renewable source of energy with many applications, from heat pumps to electricity production, which is produced from natural heat on Earth herself.

There are two main uses of geothermal energy: 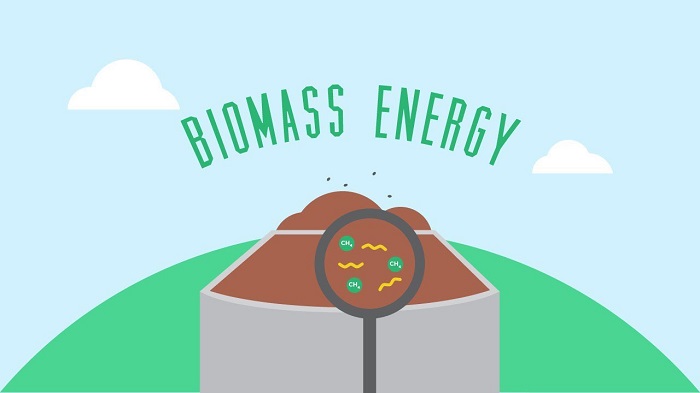 Advantages and disadvantages of Biomass energy

Biomass energy-if generated sustainably-is a green source of energy. It is derived from burning animal and plant waste. All businesses, including agriculture, universities, towns, hotels, parks, sports facilities, hospitals, and …. generate waste which could be turned into heat and fuel. Also, people use wood or some form of biomass fuel in most parts of the world. Biomass fuels are usually easy to access. Also, firewood collecting tends to be less costly than other fuel like coal, paraffin, and electricity. Thus, biomass fuels are more affordable to the poor.

Some of the advantages of biomass energy are:

But there are some disadvantages too:

So, is it a good idea to use biomass energy?

biomass energy can be a strong alternative to the use of fossil fuels if used sustainably and with continuing study. The negatives should not be overlooked; indeed, proper preparation is needed for the use of land for biofuels in particular.

In this article, you found that geothermal energy is an energy-efficient heating and cooling system. Geothermal technology could completely substitute heating and cooling systems for oil and natural gas in many regions, decrease annual prices, CO2 pollution, and other harmful contaminants. These were just a brief explanation of the advantages of geothermal energy. If there is any point remained vague, or you need to find more about the advantages of geothermal energy register at Linquip, leave your comments, and receive clear answers from our experts.

Is Gold Renewable or Nonrenewable: All We Should Know About

Do Solar Panels Work at Night?

How is BioFuel Made and What You Should Know About Them

What are the Disadvantages of Nuclear Fusion?