Welcome to Linquip Blog. We are going to have a look at the working Principle of Steam Turbines today. Most of the electricity used throughout the United States is produced with the help of steam turbine engines. according to the Department of Energy in the U.S, more than 88 percent of the energy produced in the U.S is through steam turbine generators in different power plants. To answer the question “How does a steam turbine work?” we are going to get to the point very quickly. In the following, you will get acquainted with the steam turbine and how it works. 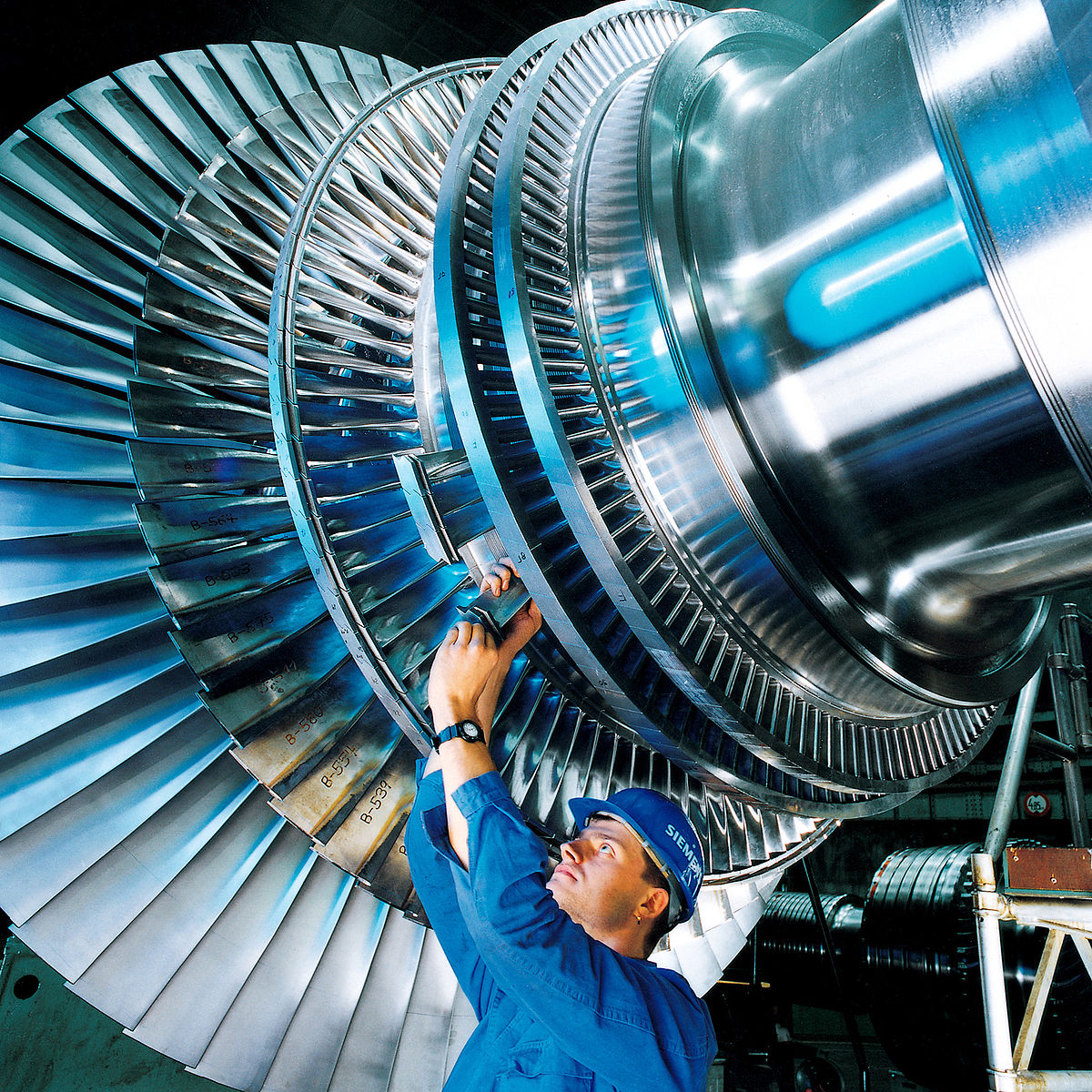 What is a Steam Turbine?

As its name suggests, a steam turbine is powered by the energy in hot, gaseous steam and works like a cross between a wind turbine and a water turbine. It resembles a wind turbine because it has spinning blades that turn when steam blows past them; and it is like a water turbine because the blades fit snugly inside a sealed outer container so the steam is constrained and forced past them at speed. Steam turbines use high-pressure steam to turn electricity generators at incredibly high speeds, so they rotate much faster than either wind or water turbines.

A steam turbine is actually a form of heat engine that derives much of its improvement in thermodynamic efficiency from the use of multiple stages in the expansion of the steam, which results in a closer approach to the ideal reversible expansion process.

Read More on Linquip
Steam Turbine Parts: A Comprehensive and understandable Introduction to All Components

The Working Principle of Steam Turbines

So far, we know that a steam turbine actually works with the pressure of steam. To know exactly what process a steam turbine goes through to work, it is best to first look at the structure of the steam as the most important part of a steam turbine.

How Does Steam provide Energy in Steam Machines?

If you’ve ever seen an old-fashioned steam locomotive, you’ll have some idea just how powerful steam can be. A steam locomotive is built around a steam engine, a complex machine based on a simple idea: you can burn fuel such as coal to release the energy stored inside it. In a steam engine, coal burns in a furnace and releases heat, which boils water like a kettle and generates high-pressure steam. The steam feeds through a pipe into a cylinder with a tight and fitting piston, which moves outward as the steam flows in.

As the steam expands to fill the cylinder, it cools down, loses pressure, and gives up its energy to the piston. The piston pushes the locomotive’s wheels around before returning back into the cylinder so the whole process can be repeated. The steam isn’t a source of energy: it’s an energy-transporting fluid that helps to convert the energy locked inside coal into mechanical energy that propels a train.

How Does a Steam Turbine Work?

In simple terms, a steam turbine works by using a heat source such as gas, coal, nuclear, or solar to heat water to extremely high temperatures until it is converted into steam. As that steam flows past a turbine’s spinning blades, the steam expands and cools. The potential energy of the steam is thus turned into kinetic energy in the rotating turbine’s blades. Because steam turbines generate rotary motion, they’re particularly suited for driving electrical generators for electrical power generation. The turbines are connected to a generator with an axle, which in turn produces energy via a magnetic field that produces an electric current. 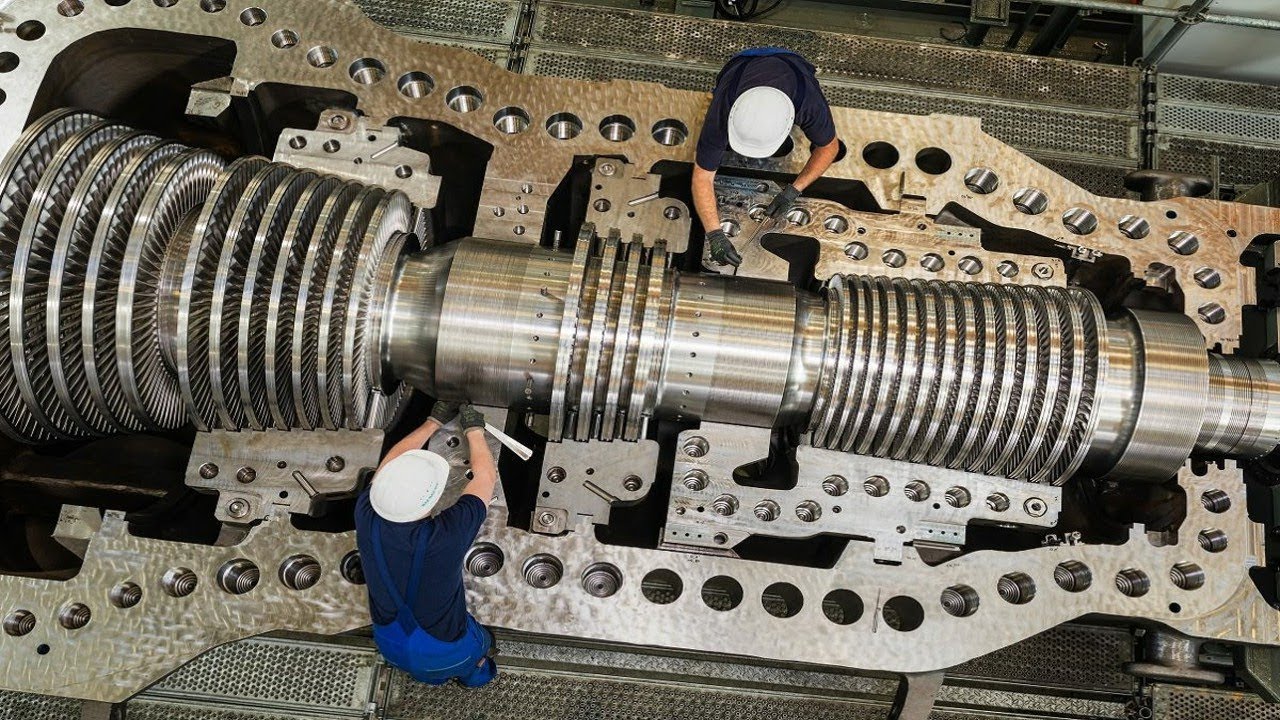 How Do the Turbine’s Blades Work?

Perhaps second in importance after steam, is the turbine blades. For this reason, it is better to get acquainted with the operation of them, which do most of the work of steam turbines.

A turbine’s blades are designed to control the speed, direction, and pressure of the steam as it passes through the turbine. For large-scale turbines, there are dozens of blades attached to the rotor, typically in different sets. Each set of blades helps to extract energy from the steam while also keeping the pressure at optimal levels.

This multi-stage approach means that the turbine blades are reducing the pressure of the steam by very small increments during each stage. This, in turn, reduces the forces on them and significantly improves the overall output of the turbine.

Read More on Linquip
Types of Steam Turbine: An easy-to-understand and practical Classification

The present article was an attempt to deliver all the essential information about the question of “How Does a Steam Turbine Work?”. Steam turbines are the most important machines in the energy conversion field. Their cumulative mechanical and electrical installed power exceeds that of any other type of unit by far. Their design and operational procedures are very advanced, and they can be regarded as mature technological components. we brought the basic definition of the steam turbine firstly and then immediately we moved to the section discussing the working principle of steam turbines.

If you have any experience or encounter with steam turbines and know more about them, we will be very glad to have your opinions in the comments on our website Linquip. Moreover, if you have any questions about this topic, you can sign up on our website and wait for our experts to answer your questions. Hope you enjoyed reading this article.

2 thoughts on “How Does a Steam Turbine Work? A Simple Descriptive Guide”