In this article, we are going to have a look at the types of Steam Turbine. All steam turbines are made up of the same components, but based on the arrangement of these components, there will be changes in the turbines that will lead to the formation of different types. In this article, we try to introduce you to these types and make you more familiar with the construction of different types of steam turbines.

A Steam Turbine is a mechanical mechanism that extracts thermal energy from forced steam and transforms it into mechanical energy. Understanding the many types of steam turbines is crucial while utilizing this product. Several Suppliers And Companies, as well as various manufacturers and distributors, provide various types of Steam Turbines, and there are several steam turbines for sale on Linquip. 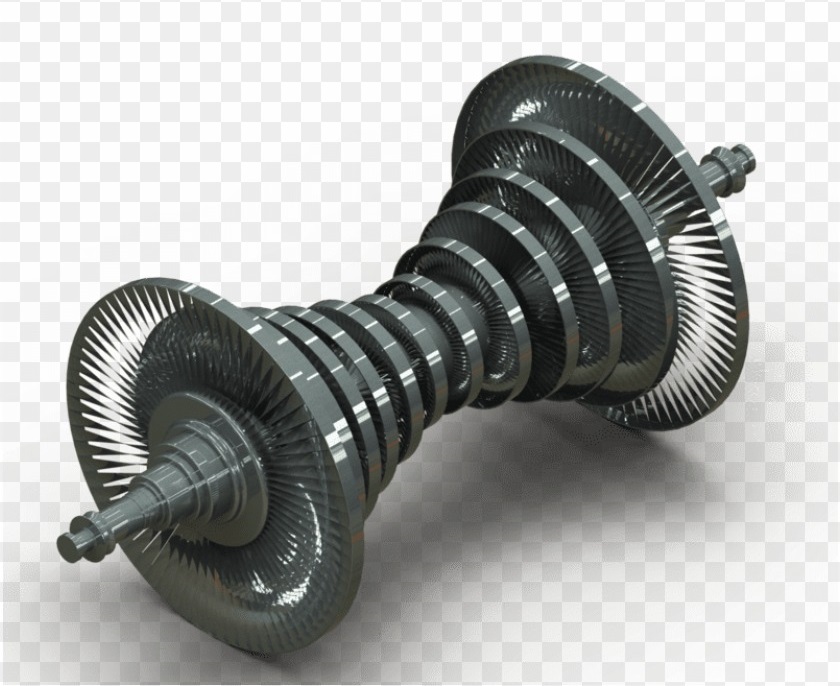 What is Steam Turbine?

Steam turbine comes under the classification of a mechanical machine that isolates thermal energy form the forced steam and converts this into mechanical energy. As the turbine produces rotatory motion, it is most appropriate for the operation of electrical generators. The name itself indicates the device is driven by steam and when the vaporous stream flows across the turbine’s blades, then the steam cools and then expands thus delivering almost the energy that it has and this is the continual process.

In the following section, you will read about different types of steam turbines and their specifications. 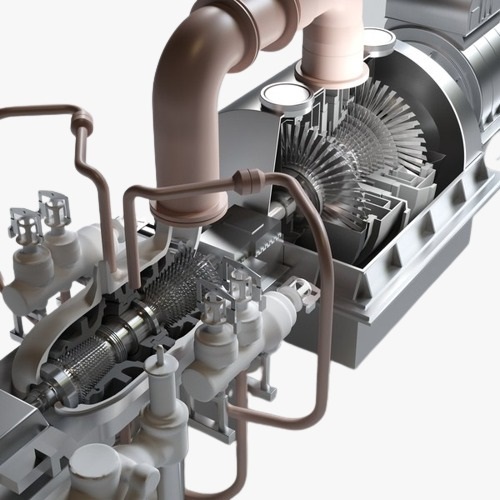 In impulse turbines, the steam expands through the nozzle, where most of the pressure potential energy is converted to kinetic energy. The high-velocity steam from fixed nozzles impacts the blades changes its direction, which in turn applies a force. The resulting impulse drives the blades forward, causing the rotor to turn. The main feature of these turbines is that the pressure drop per single stage can be quite large, allowing for large blades and a smaller number of stages. Except for low-power applications, turbine blades are arranged in multiple stages in series, called compounding, which greatly improves efficiency at low speeds.

Since the Curtis stages reduce the pressure and temperature of the fluid to a moderate level significantly with a high proportion of work per stage. A usual arrangement is to provide on the high-pressure side one or more Curtis stages, followed by Rateau or reaction staging. In general, when friction is taken into account reaction stages the reaction stage is found to be the most efficient, followed by Rateau and Curtis in that order. Frictional losses are significant for Curti’s stages since these are proportional to steam velocity squared. The reason that frictional losses are less significant in the reaction stage lies in the fact that the steam expands continuously and therefore flow velocities are lower.

In this type of steam turbine, the steam passes from fixed blades of the stator through the shaped rotor blades nozzles causing a reaction and rotating the turbine shaft. The low-pressure stage of a steam turbine is usually a reaction-type turbine. This steam having already expanded through the high and intermediate stages of the turbine is now of low pressure and temperature, ideally suited to a reaction turbine.

In reaction turbines, the steam expands through the fixed nozzle, where the pressure potential energy is converted to kinetic energy. The high-velocity steam from fixed nozzles impacts the blades (nozzles), changes their direction, and undergoes further expansion. The change in its direction and the steam acceleration applies a force. The resulting impulse drives the blades forward, causing the rotor to turn. There is no net change in steam velocity across the stage but with a decrease in both pressure and temperature, reflecting the work performed in the driving of the rotor. In this type of turbine, the pressure drops take place in a number of stages, because the pressure drop in a single stage is limited.

The main feature of this type of turbine is that in contrast to the impulse turbine, the pressure drop per stage is lower, so the blades become smaller, and the number of stages increases. On the other hand, reaction turbines are usually more efficient, i.e. they have higher “isentropic turbine efficiency”. The reaction turbine was invented by Sir Charles Parsons and is known as the Parsons turbine.

Other Types of Steam Turbines

The first two types of Steam Turbine categorized by the new arrangement and with a new way of working principle are condensing and noncondensing. In devices of the first type, steam is condensed at below atmospheric pressure so as to gain the maximum amount of energy from it. In noncondensing turbines, steam leaves the turbine at above atmospheric pressure and is then used for heating or for other required processes before being returned as water to the boiler.

Compared to the fuel needed for simply converting water into steam which is actually saturated steam, relatively little additional fuel has to be expended to increase the steam generator exit pressure and, especially, the temperature in order to produce superheated steam, which then is employed to drive a turbine. Noncondensing turbines are therefore an economical means of generating power _cogeneration_ when substantial amounts of heating or process steam are already needed.

Another steam turbine type is a back-pressure steam turbine, which is the most suitable equipment for mechanical-drive applications, such as the drivers of compressors or pumps. The term backpressure refers to steam turbines that exhaust steam at above atmospheric pressures. The discharge pressure is usually established by the specific application of the steam in a plant. Lower pressures are frequently used in small and large low-pressure (LP) applications, such as heating systems, and higher pressures are often used when supplying steam to industrial processes.

Industrial processes often include a further expansion for other smaller mechanical drives, using small steam turbines for driving rotating equipment (for instance, lubrication oil pumps) that continuously runs for long periods. Significant mechanical power generation capability is sacrificed when steam is used at appreciable pressure rather than being expanded to vacuum in a condenser. Discharging steam into a steam distribution system at 10 Bar Gauge (barg) can sacrifice around half the power that could be generated when the inlet steam conditions are around 50 barg and 420°C, typical of small and medium steam turbines.

A fourth steam turbine type with a change in working principle is extraction steam turbines. An extraction turbine has one or more openings in its casing for the extraction of a portion of the steam at some intermediate pressure. The extracted steam may be used for process purposes. The steam extraction pressure may or may not be automatically regulated depending on the steam turbine design.

Regulated extraction allows for better steam flow adjustments through the steam turbine to generate additional mechanical power depending on the operating scenarios. In some special steam turbines, several extraction points may be included, each at a different pressure corresponding to a different temperature at which heating service is needed in a plant.

What Are the Types of Steam?

If you have any experience or encounter with steam turbines and know more about their parts, we will be very glad to have your opinions in the comments on our website Linquip. Moreover, if you have any questions about this topic, you can sign up on our website and wait for our experts to answer your questions. Hope you enjoyed reading this article.