Wave energy is the transport and capture of energy by ocean surface waves. It provides us with an opportunity to collect the resources that our oceans and large bodies of water offer every day. The technologies that allow us to produce electricity from the movement of water are useful in a variety of applications, and it is already compatible with our existing infrastructure. But are there any drawbacks? In this article, we will take a deeper look at wave energy advantages and disadvantages and the barriers to its implementation.

Using wave energy has some benefits that are described below. 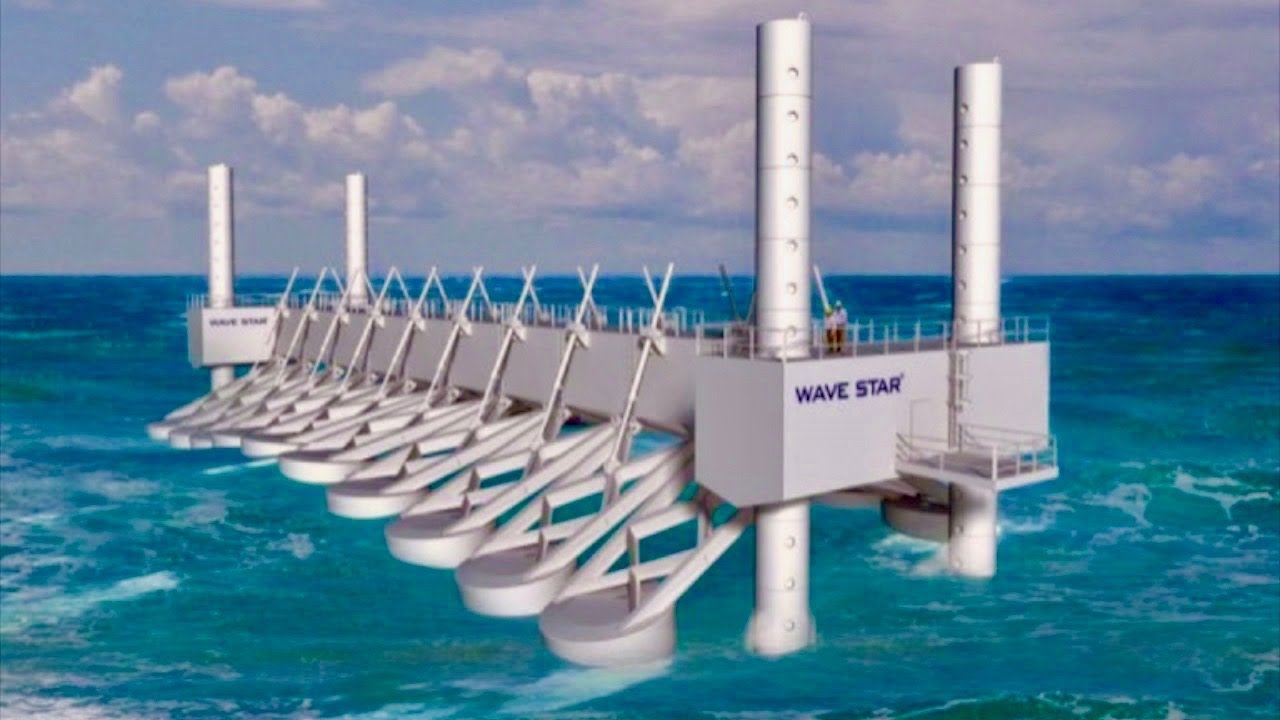 Is wave energy renewable? Yes, like all alternative energy sources, wave power is renewable. Waves are created by wind, and the wind is caused by uneven heat on the planet’s surface driven mostly by the sun warming different locations at different rates. The wind moves heat energy from one part of the planet to another which causes waves to form. Because wind will always exist, there will always be waves crashing upon the shores of nations near the populated coastal regions. The waves flow back from the shore, but they always return unlike fossil fuels which are running out just as quickly as people can discover them.

Inherently, wave energy does not create greenhouse gasses, waste, and pollution when generated as fossil fuels do. The energy from waves can be taken directly into electricity-producing machinery and used to power generators and power plants nearby. In today’s energy-powered world, a source of clean energy is hard to find.

Another benefit of using this energy is its nearness to places that can use it. Lots of big cities and harbors are next to the ocean and can harness the power of the waves for their use. Coastal cities tend to be well-populated, so lots of people can get used to the wave energy plants.

Another benefit is that there are a variety of ways to gather it. Current gathering methods range from installed power plants with hydro turbines to seafaring vessels equipped with massive structures that are laid into the sea to gather the wave energy.

The biggest advantage of wave power as against most of the other alternative energy sources is that it is easily predictable and can be used to calculate the amount that it can produce. The wave energy is consistent and proves much better than other sources that are dependent on wind or sun exposure.

Dependence on foreign companies for fossil fuels can be reduced if energy from wave power can be extracted up to its maximum. Not only will it help to curb air pollution, but it can also provide green jobs to millions of people.

Unlike fossil fuels, which cause massive damage to land as they can leave large holes while extracting energy from them, wave power does not cause any damage to the earth. It is safe, clean, and one of the preferred methods to extract energy from the ocean.

Wave energy is a very reliable source of energy. It is because waves are almost always in motion. Although there are ebbs and tides, the average motion always remains. Thus, energy can be harnessed continuously. It is a fact that the amount of energy that is produced and transported through the waves varies from season to season and from year to year. However, energy production is continuous.

Wave power can be harnessed offshore as well. The power plants harnessing the power could be put offshore. These could help in solving the problem of the powerplants being too close to the land. When the power plants are placed offshore, the energy potential of the waves increases too.

Since there is a lot of flexibility in the placement of the offshore plants, therefore, the negative effects on the environment decrease too. The only possible problem with offshore power plants is that they are very expensive. But for the better of the environment, it is essential that we try taking this step.

A wave power plant occupying less than half a square mile in the ocean would generate more than 30 MW of wave power – the equivalent of nearly 20,000 US homes.

Wave energy devices can be tailored to meet electricity demand, and therefore can be manufactured at different sizes that are appropriate for each location. In contrast, fossil fuels generally require large facilities in order to produce electricity.

The energy density of waves along shorelines is approximately 30-40 kW/m of waves, and further, out into the ocean, most waves can generate 100 kW/meter of electricity. Less than ½ mile2 of the ocean has the potential to generate more than 30 MW of power, which is enough energy to power 20,000 British homes.

Most of the facilities that use wave energy for electricity generation are self-sustaining once we bring them online. That means there are no fuel costs, fewer transportation impacts, and less maintenance to manage with wave power and energy. If the initial investment is manageable, then the long-term benefits can make this technology a profitable experience for everyone. 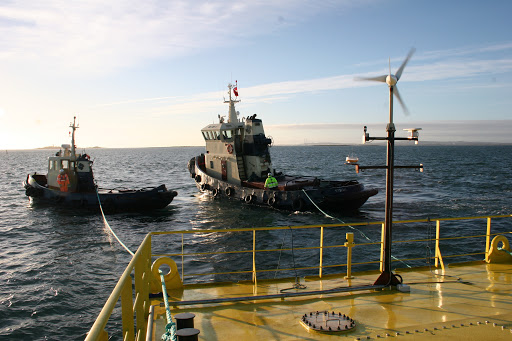 Wave power has some drawbacks that are explained below.

The biggest disadvantage to getting your energy from the waves is location. Only power plants and towns near the ocean will benefit directly from it. Because of its source, wave energy is not a viable power source for everyone. Landlocked nations and cities far from the sea have to find alternate sources of power, so wave energy is not the clean energy solution for everyone.

As clean as wave energy is, it still creates hazards for some of the creatures near it. Large machines have to be put near and in the water to gather energy from the waves. These machines disturb the seafloor, change the habitat of near-shore creatures (like crabs and starfish) and create noise that disturbs the sea life around them. There is also a danger of toxic chemicals that are used on wave energy platforms spilling and polluting the water near them.

Another downside is that it disturbs commercial and private vessels. Power plants that gather wave energy have to be placed by the coastline to do their job, and they have to be near cities and other populated areas to be of much use to anybody. However, these are places that are major thoroughfares for cargo ships, cruise ships, recreational vehicles, and beachgoers. All of these people and vessels will be disrupted by the installation of a wave energy gathering source. This means that government officials and private companies that want to invest in wave energy sources have to take into account and consider the needs of those they may be disturbing.

Wind power is highly dependent on wavelength, wave speed, and water density. They require a consistent flow of powerful waves to generate a significant amount of wave power. Some areas experience unreliable wave behavior, and it becomes unpredictable to forecast accurate wave power and, therefore, cannot be trusted as a reliable energy source.

Wave energy generators may be unpleasant for some who live close to coastal regions. They look like large machines working in the middle of the ocean and destroy the beauty of the ocean. They also generate noise pollution, but the noise is often covered by the noise of waves, which is much more than that of wave generators. 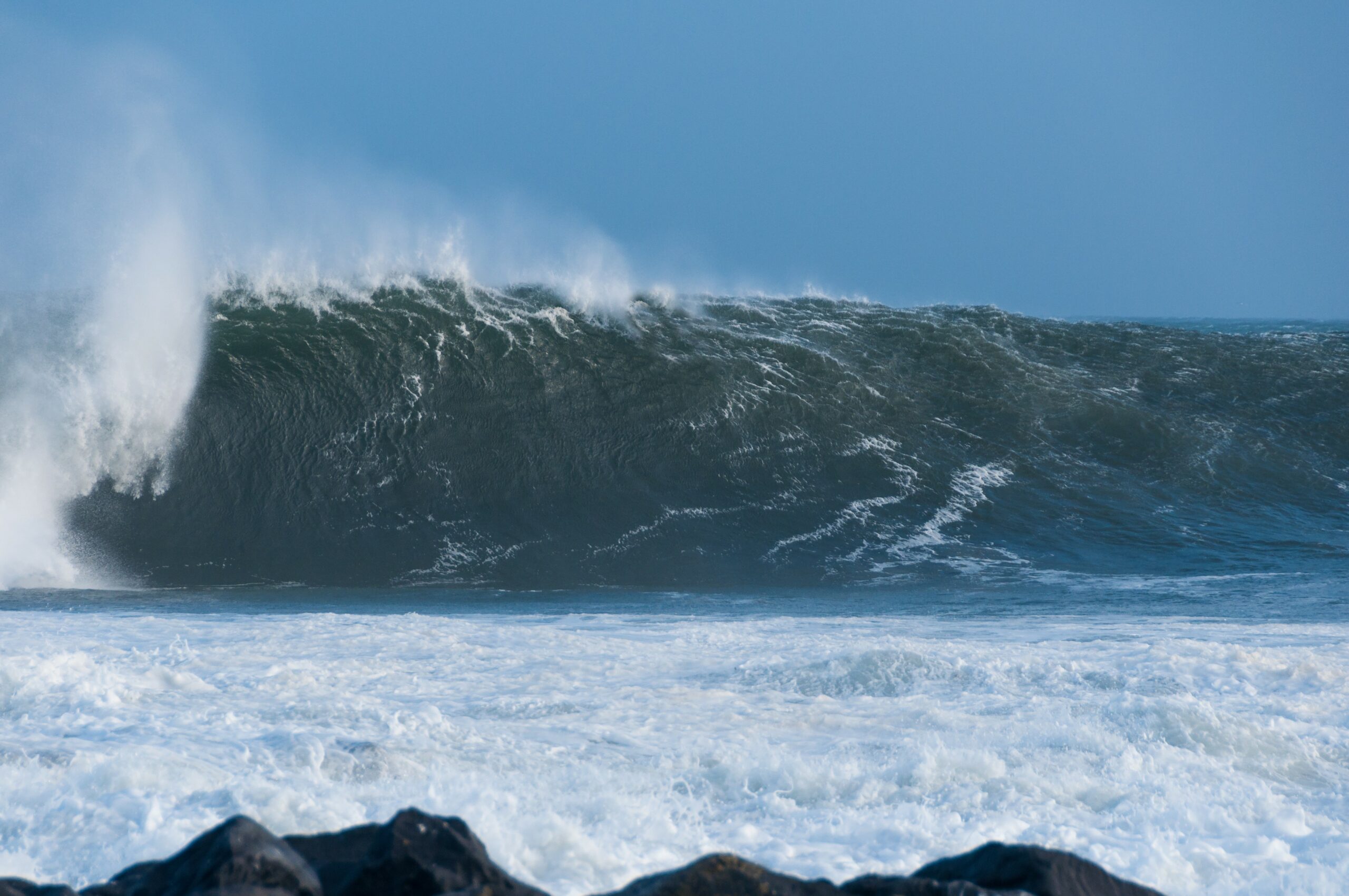 Although wave energy is good on almost all sides, one of its crucial side effects is the enormous cost of production. Energy production from the waves requires a huge setup. Also, the lifespan of the technology used is quite uncertain in these cases. Since the waves are quite uncertain. Sometimes the waves can be so strong that they might severely and irreparably damage the equipment. The cost of repairing, as well as acquiring such machinery, is immense. Not just that, to set up a power mill to harness this energy, would mean acquiring immense costs. Also, just setting up a mill will not do. There is maintenance to be taken care of. All these costs are very high.

Perhaps the biggest con at the moment is that no utility has the ability to install wave farms because they are not yet large enough to provide a significant amount of electricity. While some wave energy systems have been tested in Scotland, Hawaii, and most recently, Australia, their power generation capacity is only about 2.5MW at their peak. The industry is expected to grow, but it remains challenging to implement wave energy generators at a usable scale.

Wave energy has been developing since the 1700s, and yet it is still a nascent technology that needs to be more fully developed. This slow development is an impediment to investment in this type of renewable energy.

It is currently very challenging to transport ocean wave-generated electricity long distances to where it will be consumed inland.

Thus far, only a few pilot wave energy projects have been constructed globally. Further research is necessary to determine the lifespan of the equipment, the associated costs with running the devices, and the impacts of these machines on both human and marine life.

Read More On Linquip
How Does Wave Energy Work: A Complete Overview

So, there you have a detailed description of the wave energy advantages and disadvantages. If you enjoyed this article in Linquip, let us know by leaving a reply in the comment section. Is there any question we can help you with? Feel free to sign up on our website to get the most professional advice from our experts.