Rudolf Diesel built his first well-known prototype of the high-compression engine in 1897. Since that time, the diesel engine has evolved into one of the world’s most capable and reliable forms of power generation. In diesel engines, internal combustion results in the expansion of high-temperature, high-pressure gases, which in turn move pistons, transforming chemical energy into mechanical energy.

In 1919, Clessie Lyle Cummins founded Cummins Engine Company to improve diesel technology and produce the world’s finest engines. His vision launched a company that today is a global leader, producing diesel engines for applications ranging from heavy-duty trucks and consumer pickups to industrial mining and oil drilling. Follow this new blog in Linquip to find out more about diesel engine working procedures.

The diesel engine is an intermittent-combustion piston-cylinder device. It operates on either a two-stroke or four-stroke cycle. However, unlike the spark-ignition gasoline engine, the diesel engine induces only air into the combustion chamber on its intake stroke. Diesel engines are typically constructed with compression ratios in the range of 14:1 to 22:1. Both two-stroke and four-stroke diesel engine cycles can be found among engines with bores (cylinder diameters) less than 600 mm. Engines with bores of greater than 600 mm are almost exclusively two-stroke cycle systems.

Like a gasoline engine, a diesel engine usually operates by repeating a cycle of four stages or strokes, during which the piston moves up and down twice (the crankshaft rotates twice in other words). 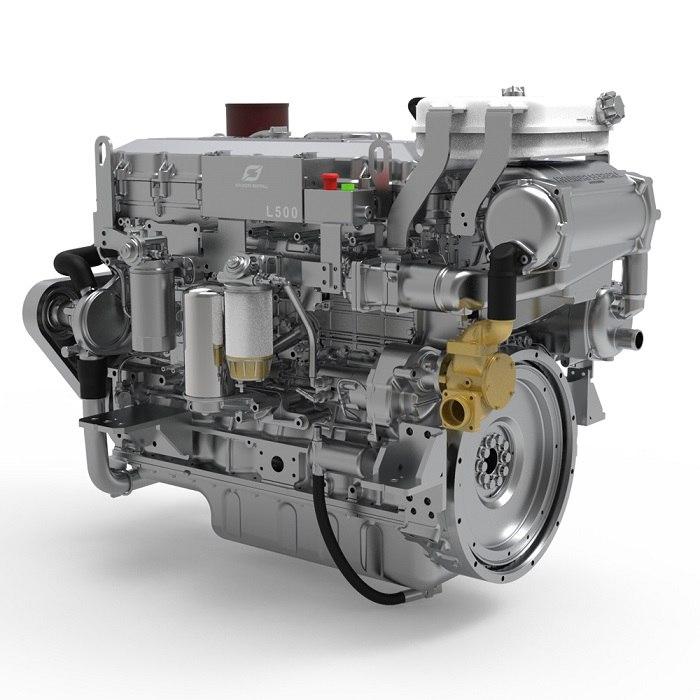 In a two-stroke diesel, the complete cycle happens as the piston moves up and down just once. Confusingly, there are three stages in a two-stroke cycle:

Two-stroke engines are smaller and lighter than four-stroke ones, and tend to be more efficient since they produce power once during each rotation (instead of once during every two rotations, as in a four-stroke engine). This means they need more cooling and lubrication and suffer higher wear and tear.

In theory, diesel engines and gasoline engines are quite similar. They are both internal combus­tion engines designed to convert the chemical energy available in fuel into mechanical energy. This mechanical energy moves pistons up and down inside cylinders. The pistons are connected to a crankshaft, and the up-and-down motion of the pistons, known as linear motion, creates the rotary motion needed to turn the wheels of a car forward.

Both diesel engines and gasoline engines convert fuel into energy through a series of small explosions or combustions. The major difference between diesel and gasoline is the way these explosions happen. In a gasoline engine, fuel is mixed with air, compressed by pistons, and ignited by sparks from spark plugs. In a diesel engine, however, the air is compressed first, and then the fuel is injected. Because air heats up when it is compressed, the fuel ignites.

Diesel is the most versatile fuel-burning engine in common use today, found in everything from trains and cranes to bulldozers and submarines. Compared to gasoline engines, they are simpler, more efficient, and more economical. They are also safer because diesel fuel is less volatile and its vapor less explosive than gasoline. Unlike gasoline engines, they are particularly good for moving large loads at low speeds, so they are ideal for use in freight-hauling ships, trucks, buses, and locomotives.

Higher compression means the parts of a diesel engine have to withstand far greater stresses and strains than those in a gasoline engine. That is why diesel engines need to be stronger and heavier and why, for a long time, they were used only to power large vehicles and machines. While this may seem a drawback, it means diesel engines are typically more robust and last a lot longer than gasoline engines. 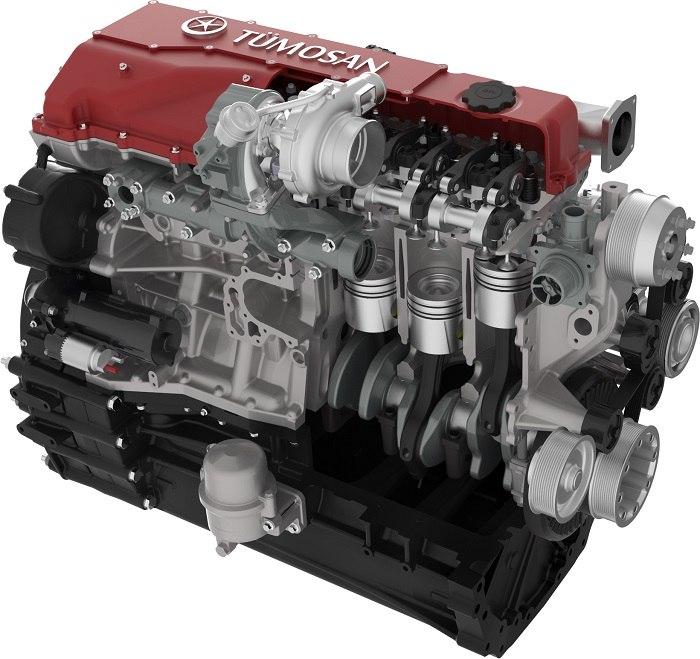 Pollution is one of the biggest drawbacks of diesel engines; they produce a mixture of pollutants, including nitrogen oxides, carbon monoxide, hydrocarbons, and soot particles, which are dirty and hazardous to health. In theory, diesel is more efficient, so it should use less fuel, produce less carbon dioxide (CO2) emissions, and contribute less to global warming. In practice, there are some arguments over whether that is true. Some laboratory experiments have shown average diesel emissions are only slightly lower than those from gasoline engines, although manufacturers insist that if similar diesel and gasoline cars are compared, the diesel does indeed come out better.

Other recent research suggests that even new diesel cars are highly polluting. Diesel engines tend to cost more initially than gasoline engines, though their lower running costs and longer operating life generally offsets that. Even so, car buyers no longer seem convinced: there has been a substantial drop in sales since the Volkswagen emissions scandal in 2015, where the German carmaker misrepresented emissions of its diesel cars to make them seem less polluting.

How to make the diesel engine working more efficient

Diesel engines are up to twice as efficient as gasoline engines (around 40–45 percent efficient at best). In simple terms, that means you can go much further on the same amount of fuel. There are several reasons for this. First, they compress more and operate at higher temperatures.

A fundamental theory of how heat engines work, known as Carnot’s rule, tells us that the efficiency of a diesel engine working depends on the high and low temperatures between which it operates. A Diesel engine that cycles through a bigger temperature difference (a higher hottest temperature or a lowest colder temperature) is more efficient. Second, the lack of a sparking-plug ignition system makes for a simpler design that can easily compress the air much more which makes the fuel burn hotter and more completely, releasing more energy.

There is another efficiency saving too. In a gasoline engine that is not working at full power, you need to supply more fuel (or less air) to the cylinder to keep it working; diesel engines do not have that problem so they need less fuel when they are working at lower power. Another important factor is that diesel fuel carries slightly more energy per gallon than gasoline because its constituent molecules have more energy locking their atoms together (in other words, diesel has a higher energy density than gasoline). Diesel is also a better lubricant than gasoline so a diesel engine will naturally run with less friction.

So this is all you need to know about the diesel engine working principle.  If you enjoyed this article in Linquip, let us know by leaving a reply in the comment section. Is there any question we can help you with? Feel free to sign up on our website to get the most professional advice from our experts.

3 thoughts on “Diesel Engine Working : everything you need to know”