At Linquip, we can provide you with all the information you require to make an appropriate choice regarding expansion valve equipment based on your application or requirements. We at Linquip are eager to answer any questions you have about expansion valves. Start by reading this Linquip article entitled “What is Expansion Valve?“.

Need an expansion valve device? A wide selection of Expansion Valve Products can be accessed for free from Linquip. What are your plans to purchase expansion valves? You can view all Expansion Valve Devices for Sale with Linquip for free. In addition, Linquip can offer you free quotations from Expansion Valve Suppliers and Companies if you would like to learn more about pricing and availability.

⇒ View a Comprehensive List of Valves and Their Suppliers ⇐

What are the Different Types of Expansion Valves?

The Main Types of Expansion Valves are as Follows. 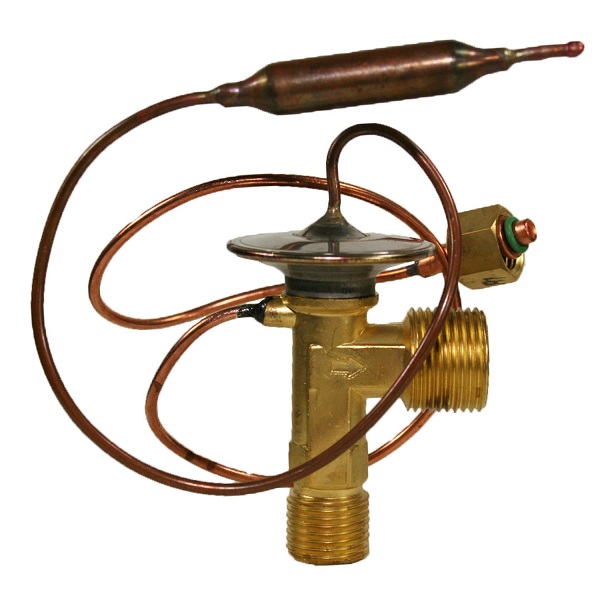 These types of expansion valves are popular due to their simplicity and availability, and their relatively good sensitivity and accuracy in regulation. The large choice of expansion valve sizes and bulb charges means the capacity and temperature ranges are very good. The disadvantage of TEVs is the necessity for relatively high superheating, which steals the heat transfer area from the evaporation process.

See All Actuator Valve for Sale

These types of expansion valves are manually operated needle valves. The needle position is fixed, and the mass flow through it depends on the pressure difference across the valve. The hand expansion valve is normally used as a supplementary safety valve installed in a bypass line. It is also commonly used to control the flow rate through oil bleeder lines. The manual expansion valve is non-regulating and should not be used as an expansion valve with a BPHE evaporator, because any changes in operating conditions would instantly change the evaporation process inside the rapidly responding plate heat exchanger. Regulating the flow manually would require immediate adjustment, which is not practically feasible.​​

These types of expansion valves have the disadvantage of being unresponsive to changes in load or seawater temperature and must be adjusted frequently. The valve itself is a screw-down needle valve dimensioned to give fine adjustment.

A capillary tube is a long, wound-up copper tube with a tiny opening that receives hot, high-pressure liquid refrigerant from the condenser. This small opening holds high pressure on one side of the tube and low pressure on the opposite side. The friction from the walls of the tube rapidly reduces the pressure of the refrigerant flowing through it.

It is installed on the suction line. A filter-drier is sometimes fitted before the tube to remove dirt or moisture from the refrigerant.

This device is simple, and does not have any moving parts and lasts longer. For using this device, the amount of refrigerant in the system must be properly calibrated at the factory level.

Due to its lower cost compared to TXV, this metering device is used in units that are produced in a large quantity such as a room or window air conditioners. 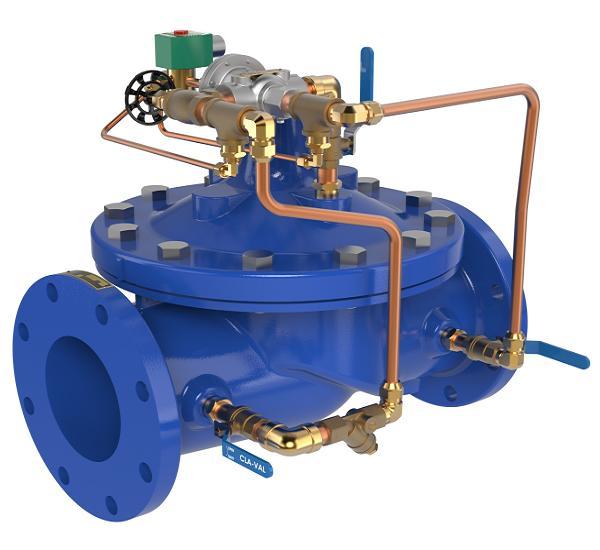 Automatic Expansion Valve regulates the flow of refrigerant from the liquid line to the evaporator by using a pressure-actuated diaphragm. It maintains a constant pressure in the evaporator.

These types of expansion valves consist of a needle with a seat and a pressure bellows or diaphragm with a torsion spring capable of adjustment. Operated by evaporator pressure their chief disadvantage is their relatively poor efficiency compared with other types.

Constant pressure in the evaporator also requires a constant rate of vaporization, which in turn calls for severe throttling of the liquid. There is also the danger of liquid being allowed to return to the compressor when the load falls below a certain level.

The setback is that it is not efficient if the load fluctuates, thus this type is not suitable in air conditioning as the load fluctuates a lot during its operation. It is used principally in small equipment with constant loads, such as domestic storage cabinets and freezers.

The high-side float valve is located at the high-pressure side of the system that maintains a constant level of refrigerant in the condenser. When the compressor operates, the condensed refrigerant flows to the float chamber and opens the valve.

See All Bleeder Valve for Sale

So this is all you need to know about the different types of expansion valves. If you enjoyed this article in Linquip and want to share your kind of experience with us, leave it in the comment section. Is there any question we can help you with? Sign up in Linquip, where our experts provide you with the most professional advice you need.

What Is the Function of an Expansion Valve?

6 thoughts on “6 Main Types of Expansion Valves: an Easy to Understand Guide”