In this article from Linquip, we want to talk about the difference between gate valve and globe valve. These two valves are among popular valves that are used for many industrial and residential applications. They provide many useful services that differ from each other. While similar in appearance, they function differently. By comparing these two, you will be able to know these differences better.

If you want to know the difference between gate valve and globe valve, you should compare every little aspect of these two; from application to structure and function. Now, we’ll dive into comparing these two.

Another difference between gate valve and globe valve is in their structure. This is among the main differences between these two. While the gate valve has a simple construction, the globe valve is much more complex. Many of the internal components of a gate valve are located on the top of the body. They may have a rising or non-rising stem. When the valve is turned on, the body becomes hollow. This body structure is the reason that the pressure drop is low.
On the other hand, globe valves have a complex structure since their internal parts are inside the cavity. They have a rising stem. The main purpose of a globe valve is to provide positive shut-off and throttle. Globe valves can also change the flow direction and flow rate which causes high pressure drops.

The other difference between gate valve and globe valve is in their working mechanism. Gate valves provide full flow or full shut-off. The disc in the gate valve lodges between the seats. The movement of the disc is at the right angle in relation to the flow of the media. When the valve is in the open position, the cavity is almost empty and the flow space is as big as this space. A little extra space is left for the stem and the seats.
On the other hand, the movement of the globe valve disc is parallel to the flow of the media. The disc only moves a bit from the seat which means it provides a full flow. Globe valve has been designed in a way that provides tight shut-off and throttling.

Gate valves are usually cheaper than globe valves of the same size due to their easy construction. 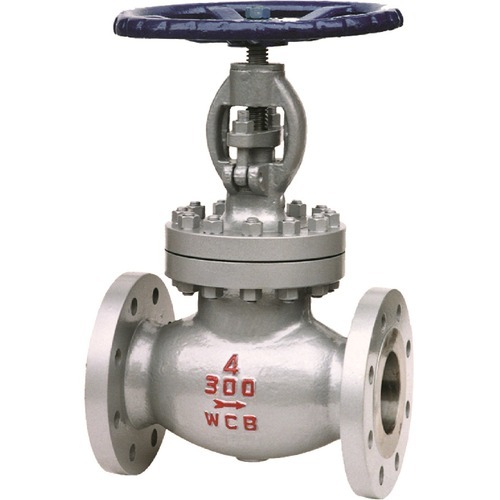 The overall difference between gate valve and globe valve

Gate valves are linear valves and belong to the family of the shut-off valves. They have a wedge-like disc. Because of their ability to provide tight seal-off, they are usually used for isolating media. When there are thicker media involved, a special kind of gate valve known as a knife gate valve is used to provide tight sealing. The gate valve disc can be formed like a knife, wedge, or parallel. As mentioned above, they provide little pressure drop because the media flow comes across with no obstruction.
When the disc moves upward, the valve is in the open position and starts to operate. When the disc moves downward and reaches the seats, it is in the closed position and the flow stops.
Gate valves are usually not used for regulating the media flow. Because of its thin disc, the vibration of the media movement causes the disc to misalign from the seat which causes damage and constant needs of services.
Globe valves, as well, are among the linear motion valve family. They are used for stopping and starting the media flow. They can also regulate the media flow as well. They provide tight shut-off and a low chance of leakage. When safety and leaks are among the main concerns, globe valves should be your go-to.
Globe valve seats are parallel to the media flow and because of this movement, there is less seat erosion in the open position. They are also considered great throttling valves. As mentioned above, due to their design, they have high pressure drop which is considered as a down point. 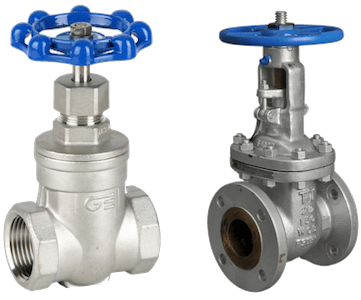 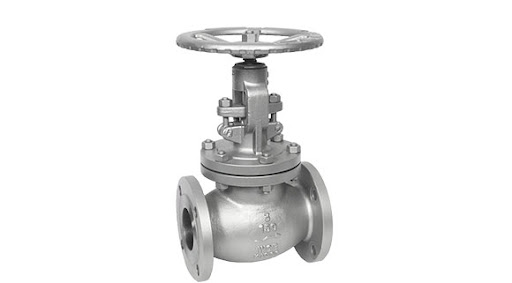 That was all there is to know about the difference between gate valve and globe valve. Although these two valves look somehow the same, we saw a huge difference in the function between the two. What do you think about these two? Which one do you think works best? Comment below and share your thoughts with us. Also don’t forget to signup on Linquip to ask our experts for help. We will answer all your questions in the blink of an eye.

2 thoughts on “Difference Between Gate Valve and Globe Valve”