Differences Between P-Type and N-Type Semiconductor

What Is a Semiconductor?

A material that has a conductivity among that of a conductor and an insulator is called a semiconductor. Energy levels are interpreted in terms of bands in the band theory of solids. Under this theory, for material to manage, electrons from the valence band should be able to drive up to the conduction band (note that “driving up” here does not indicate an electron physically moving up, but rather an electron getting an amount of energy that is connected with the energies of the conduction band).

Let us have a look at the below figure that describes doping of aluminum to a pure silicon material:

An aluminum atom contains three electrons at its valence shell. Moreover, silicon has a total of four electrons at its valence shell. So, three valence electrons of an aluminum atom form covalent bonds with three electrons of silicon. Nevertheless, in this case, a vacancy of an electron (or a hole) appears. The translation of this hole is mostly responsible for the conduction in the p-type semiconductor to take place. Therefore, in this case, charge carriers are holes rather than electrons.

Let’s have a look at the energy level diagram of a p-type semiconductor:

N-type extrinsic semiconductors are created when group V elements like phosphorus, antimony, bismuth, etc., are doped to a complete semiconductor crystal. These are named so because doping these elements will create an additional electron in the atom’s valence shell.

The below figure depicts the doping of phosphorus element into a pure silicon material:

We previously comprehend that phosphorus consists of 5 electrons at its valence shell. When it is doped with pure silicon with 4 electrons at the valence shell, it forms four covalent bonds. This causes the presence of an unbounded electron that is kept free to move into the conduction band. This electron is perceived as a free electron, and its progress raises the conductivity of the material.

Let’s take a look at the energy band diagram of N-type semiconductor:

In what follows, we itemized the key differences between p-type and n-type semiconductors:

Here is a comprehensive chart that compares the main differences between p-type and n-Type semiconductors. 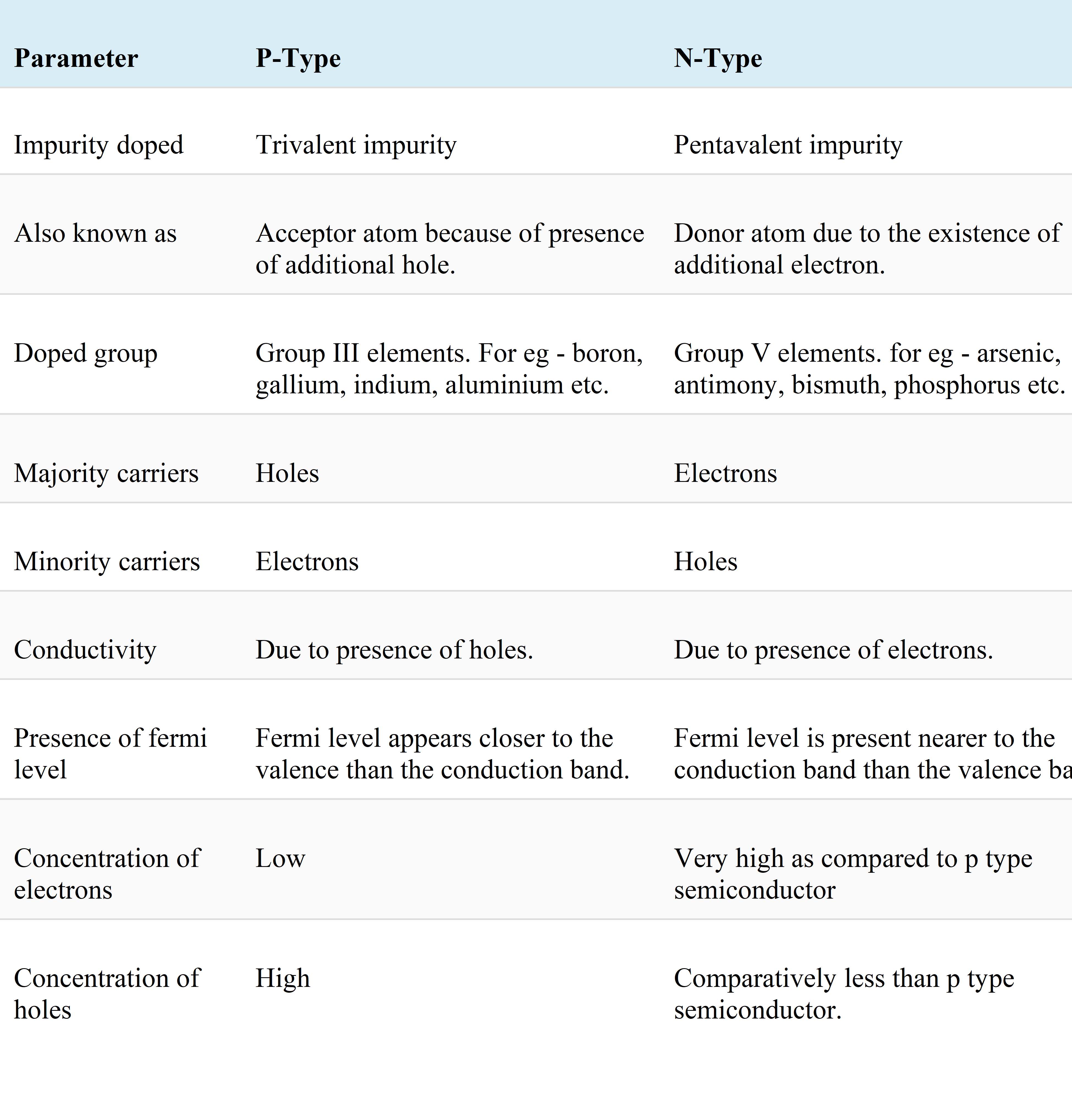 Difference between Capacitor and Inductor- Capacitor vs. Inductor

Here we want to discuss the difference between active and passive filters. First, let us take a look at the definition of the filter. The...

What is the Difference Between Potentiometer and Rheostat?

We want to talk about the difference between active and passive components. A critical factor that distinguishes types of electronic components from each other...