Generators are devices that provide electricity when power from the local grid is unavailable. They are often used to supply backup power to facilities, businesses, or homes during power outages but they can also be used as a primary power source in areas where a local electrical grid is unavailable or difficult to access such as mining and farming operations or even new developments and construction. Therefore, by knowing every part of generator, you can be better prepared for when the generator breaks down during use. Read this new blog in Linquip and enjoy effortless learning!

Each parts of generator in detail

Let’s get into knowing different parts of generator and its function to get an overall idea of what components generators consist of. Here is a generator parts list.

Every machine contains an engine, which generally converts the fuel source into usable energy and allows it to move or perform its mechanical function. For this reason, engines are sometimes called the machine’s prime mover. In a generator, the engine uses its fuel source (gasoline, diesel, natural gas, propane, bio-diesel, water, sewage gas, or hydrogen) to create mechanical energy the generator will convert into electricity. Each generator engine’s design aims to create a maximum supply of electrical current by running on a specific fuel or other power sources. Some engines commonly used in the design of generators include reciprocating engines, steam engines, turbine engines, and microturbines. 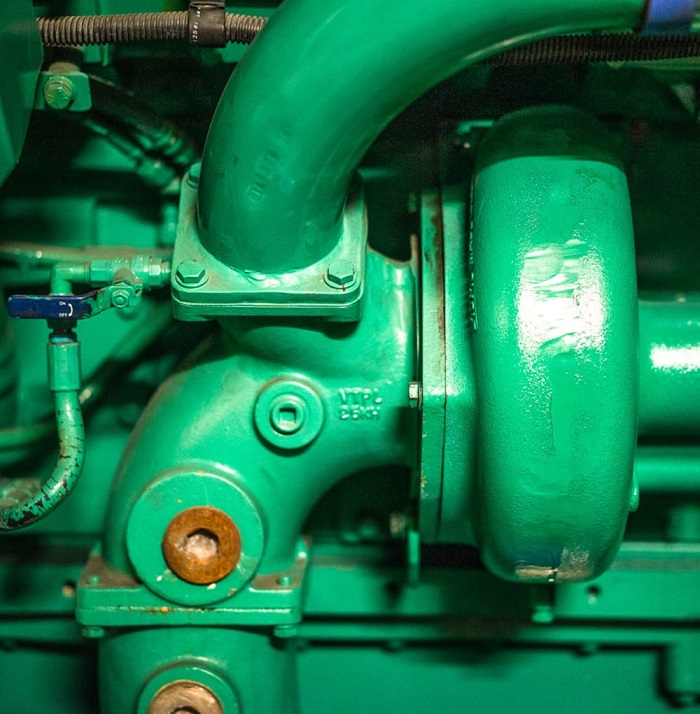 Here, we have the most complex part of generator. The voltage regulator serves to regulate the voltage output. There is too much that happens here to explain in this article alone, that we would probably need an entirely separate piece to describe the whole voltage regulation process.

In simple terms, it ensures that the generator produces electricity at a steady voltage. Without it, you would see massive fluctuations dependent on how fast the engine is working. No need to say, all the electrical equipment we use will not be able to handle such an unsteady power supply. So, this part works its magic to keep everything smooth and steady.

Read More on Linquip
Type of Generator: Learn the Basics, Get the Most Out f it!

Generator Maintenance: The Most Essential Tips to Know

It is essentially the component that is responsible for generating power output. Here, we see the concept of electromagnetic induction come into play.

An alternator consists of many complex components, but one of the most crucial aspects is the rotor. This is a shaft that rotates driven by the mechanical energy supplied by the engine with multiple permanent magnets fixed around it. In doing so, this creates a magnetic field.

This created magnetic field continuously rotates around another critical part of the alternator: the stator. Simply put, this is a variation of different electrical conductors that are tightly wound over an iron core. Here is where things start to become slightly more scientific. According to the principle of electromagnetic induction, if an electrical conductor remains stationary and a magnetic field moves around it, then an electrical current is induced.

In summary, the alternator takes mechanical energy created by the diesel engine, which drives the rotor to create a magnetic field that moves around the stator, which in turn generates an alternating current.

A cooling system works to help prevent your generator from overheating. There is a coolant released in the generator that counters all the additional heat energy produced by the engine and alternator. The coolant then takes the heat through a heat exchanger and gets rid of it outside of the generator.

The exhaust system collects the hot gases generated from the combustion and routes them out to the atmosphere. Besides, it also helps to reduce the noise caused by the high-speed flow of these gases. The air intake system works in conjunction with the exhaust system in the turbocharged engines to pull the fresh air through the filters to the cylinders.

This part of generator attaches to the engine. It pumps the oil through the engine to minimize the effects of metal to metal contact that causes both sliding and rolling types of friction, and to absorb a great amount of generated heat to achieve smooth performance and lengthen the life of the internal parts of the engine.

Functionally, the main task of the lube oil system is to supply the clean lubrication oil under the required pressure and circulate it inside the engine.

Here is where the generator is controlled and operated. On an electric start generator you will find a whole host of controls here that allow you to do different things or check specific figures. It could include anything from the start button and a frequency switch to an engine fuel indicator, coolant temperature indicator, and much more. 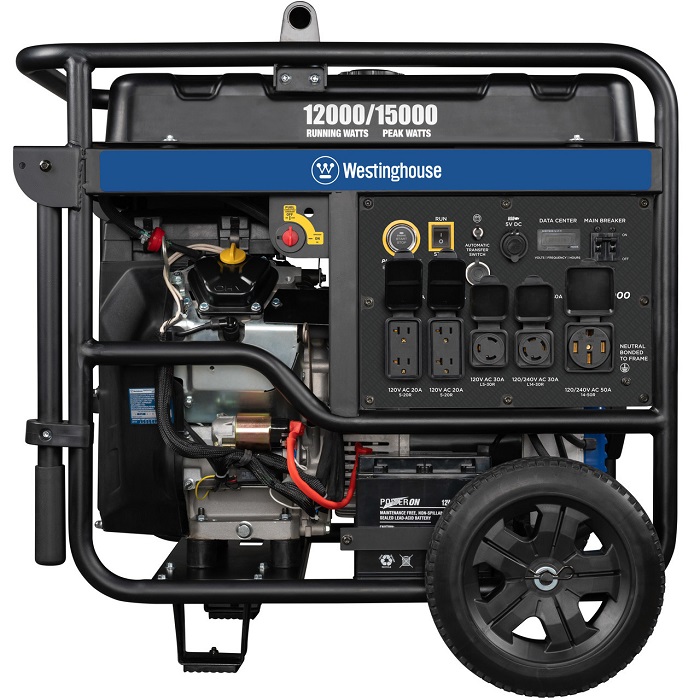 Every generator needs to be contained somehow, and this is what the main assembly frame is. It houses the generator and is where all the different parts are built onto. It keeps everything together, and it can be an open design or closed (canopied) for added protection and sound attenuation. Outdoor generators are typically housed in a protective frame that is waterproof to prevent damages.

So, there you have a detailed description of each part of generator which works together to provide electricity. If you enjoyed this article in Linquip, let us know by leaving a reply in the comment section. Is there any question we can help you with? Feel free to sign up on our website to get the most professional advice from our experts.

Differences Between Motor and Generator

What is an Induction Generator? An Ultimate Guide

A Clear Classification of AC Generators

A Clear Classification of DC Generators