Switched reluctance motor (SRM), also called variable-reluctance motor is gaining much interest in industrial applications such as wind energy systems and electric vehicles due to its simple and rugged construction, high‐speed operation ability, insensitivity to high temperature, and its features of fault tolerance. SRM motors have been used extensively in clocks and phonograph turntables before, but nowadays, with the rising emphasis on energy efficiency, SR motors are taking more prominent roles in appliances, industrial uses, and commercial and vehicular applications. In this article, we are giving an overview of switched reluctance motors, their operation, applications, and differences from other motors. Read this new blog in Linquip to find out more about this motor.

Our purpose at Linquip is to provide as many details as possible on the website about motors so that you can make informed decisions. If you have any questions about switch reluctance motors and the equipment associated with them, Linquip is the best platform to contact. In order to answer any queries you might have regarding motors, Linquip’s experts are available to help at any time. Take a look at Linquip’s article entitled, “What is Industrial Motor?” which provides an overview of the concept.

The Linquip platform has a number of components, and in order to use them to their fullest potential, you must first register as a Linquip Expert. You can create an account with Linquip in order to display your skills related to industrial equipment in a way that is customized specifically to the needs of the industry. Would you be interested in contributing to the Linquip website as a guest poster? The Guest Posting option lets you directly publish your content to the Linquip platform.

To understand this motor better, let’s have a review of the definition of each word one by one.

A Switched Reluctance (SR) motor is an electromagnetic, rotary machine in which torque is produced by the tendency of its movable part to move to a position where the inductance of the exciting winding is maximized. Switched reluctance motor manufacturers claim they offer better performance and reliability, higher efficiency, and lower price than standard induction or other adjustable speed motors.

An SR motor is simple and rugged. This motor has both salient pole stator and rotor like a variable reluctance stepper motor. A one-phase winding of a 4-phase switched reluctance motor has 8 poles on the stator and 6 poles on the rotor. While the rotor has no windings, each stator pole has a concentrated winding around it and each pair of diametrically opposite coils comprise one phase of the motor. These motors are designed for applications different from those for which stepper motors are designed.

According to the switched reluctance motor for sale list and among various possible combinations of stator and rotor pole numbers in SRMs, the commonly used are 8/6 and 6/4. The stator has concentrated coils and diametrically opposite coils are connected in series or parallel to provide one phase. Thus, motors with pole numbers 6/4 and 8/6 will have three and four phases respectively.

What is Axial Flux Motor: the benefits and the distinctions with other types

What is Motor Shaft?

What is ECM Motor : Discover the working, the Good and the Bad 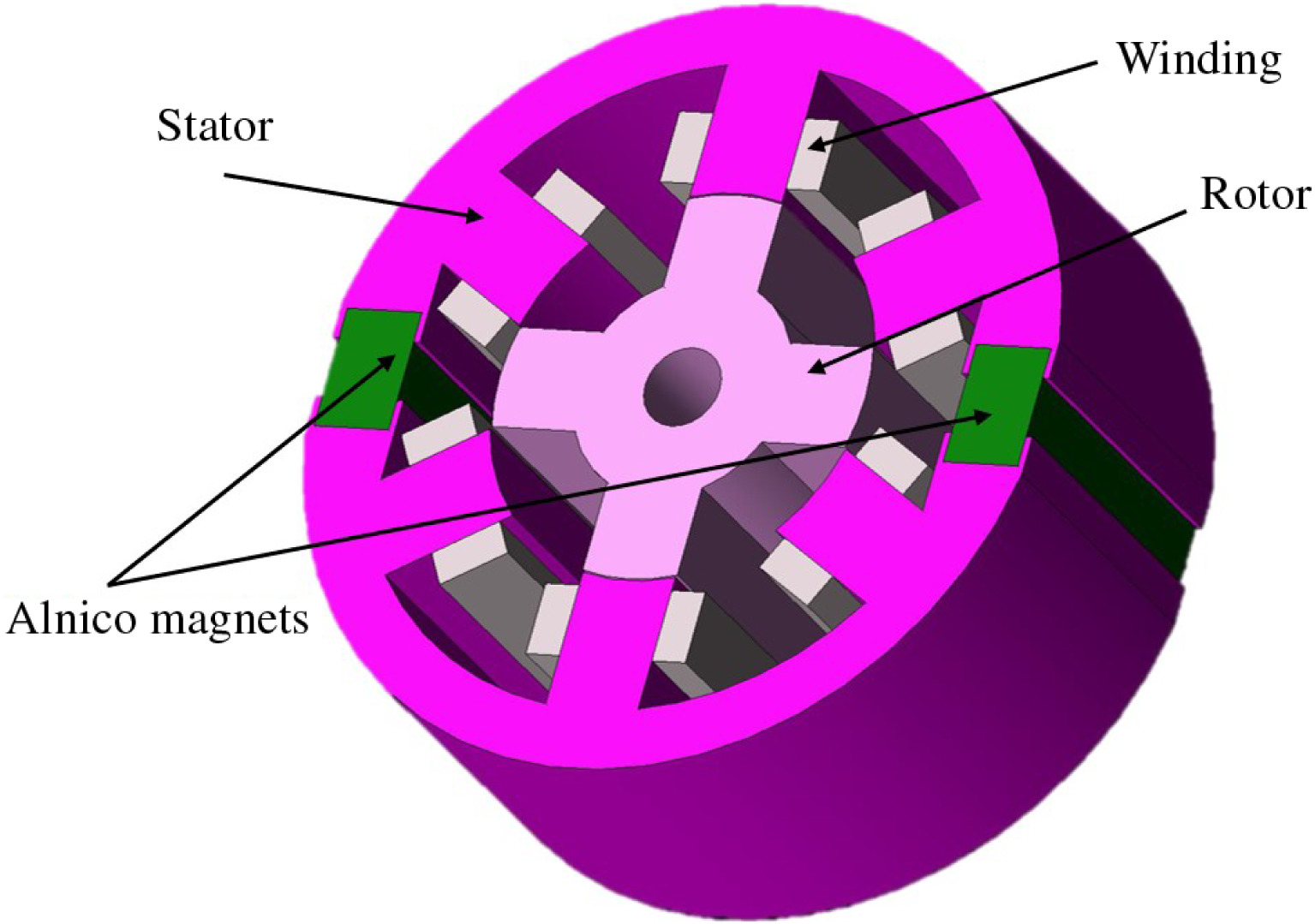 How do Switched Reluctance Motors Differ from Other Motors?

SRM designs have come into research and development in recent years with renewed structures. SRMs have the simplest structure among all rotating electrical machines since their manufacturing cost is the lowest compared to that of mainstream brushless poly-phase machines, such as induction, permanent magnet synchronous, and brushless DC. Let’s take a look at the differences between switched reluctance and other motors.

A switched reluctance motor operates by switching currents in the stator windings in response to changes in the magnetic circuit formed by the rotor and stator. The stator of a switched reluctance motor contains windings, similar to a brushless DC motor, but the rotor is simply made of steel that is shaped into salient poles, with no windings or magnets. The followings are some differences between SRMs and brushless DC motors:

In a switched reluctance motor, both stator and rotor have salient poles, the stator winding consists of a set of coils, each wound on a pole, the rotor is only made with steel lamination stacked onto the shaft. This is the main difference with induction motors which have rotor windings or permanent magnets. Unlike induction motors, there are no rotor bars and consequently no torque-producing current flow in the rotor in SRMs. Switched Reluctance Motors can provide an effective alternative to induction motors in many situations where the operating conditions do not suit them. Disadvantages of induction motor based systems include:

So, there you have a detailed description of the SRMs. If you enjoyed this article in Linquip, let us know by leaving a reply in the comment section. Is there any question we can help you through? Feel free to sign up on our website to get the most professional advice from our experts.